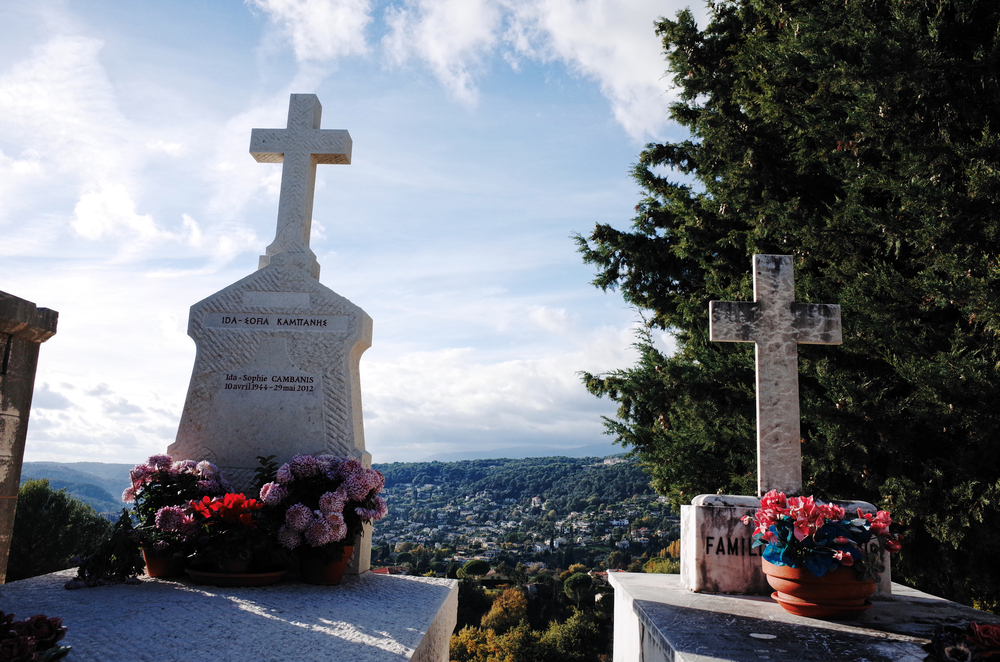 Saint-Paul de Vence in France has preserved the outlook of a feudal city guard of the ancient border of the Var with the order of François Ier.

Saint-Paul de Vence is renowned for numerous art galleries and for the Foundation Maeght, museum dedicated to contemporary art. The Foundation is situated in a garden decorated with many sculptures and greeted every year by more than 200 thousand visitors. It features artworks of Joan Miro and Alberto Giacometti. During the summer, the permanent collection is often replaced by temporary exhibitions. 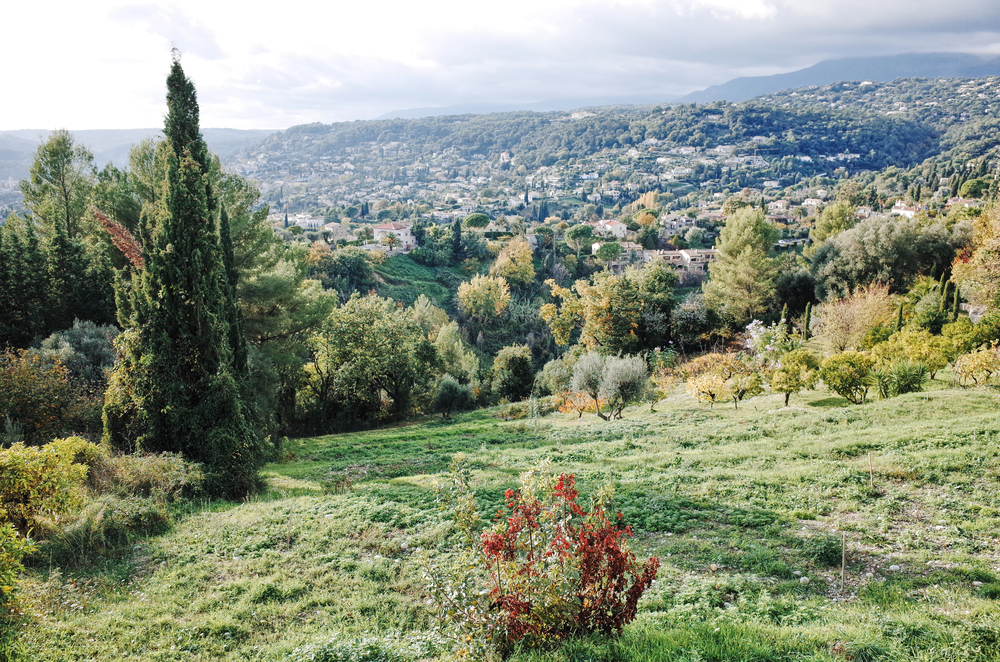 Saint-Paul-de-Vence, FRANCE – NOVEMBER 20, 2014 : View from the Cemetery on the hill, outside the town walls. The Russian born painter Mark Chagall is buried in here. 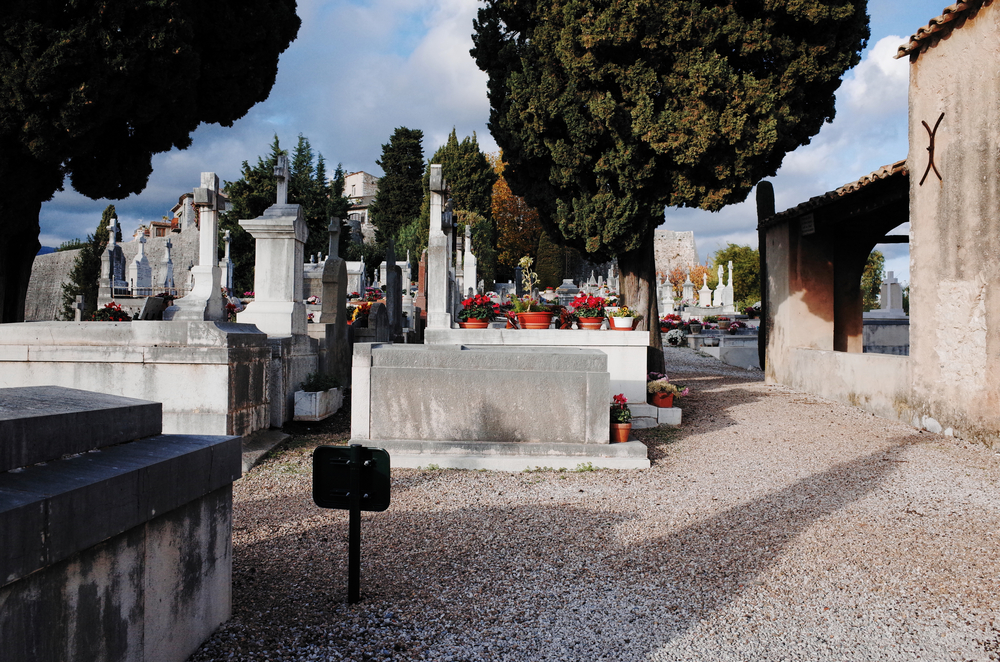 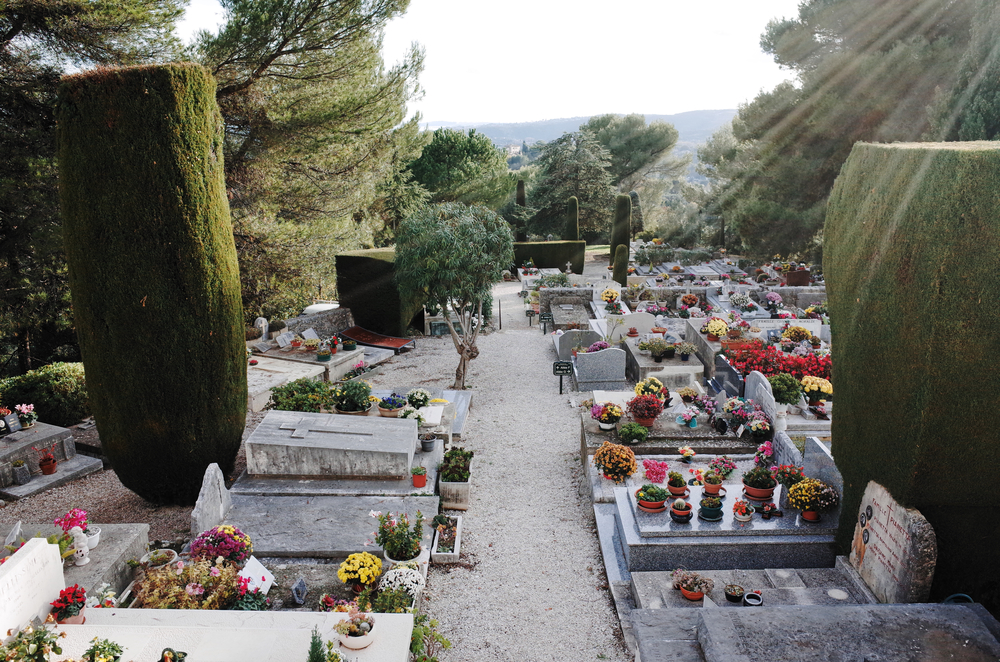 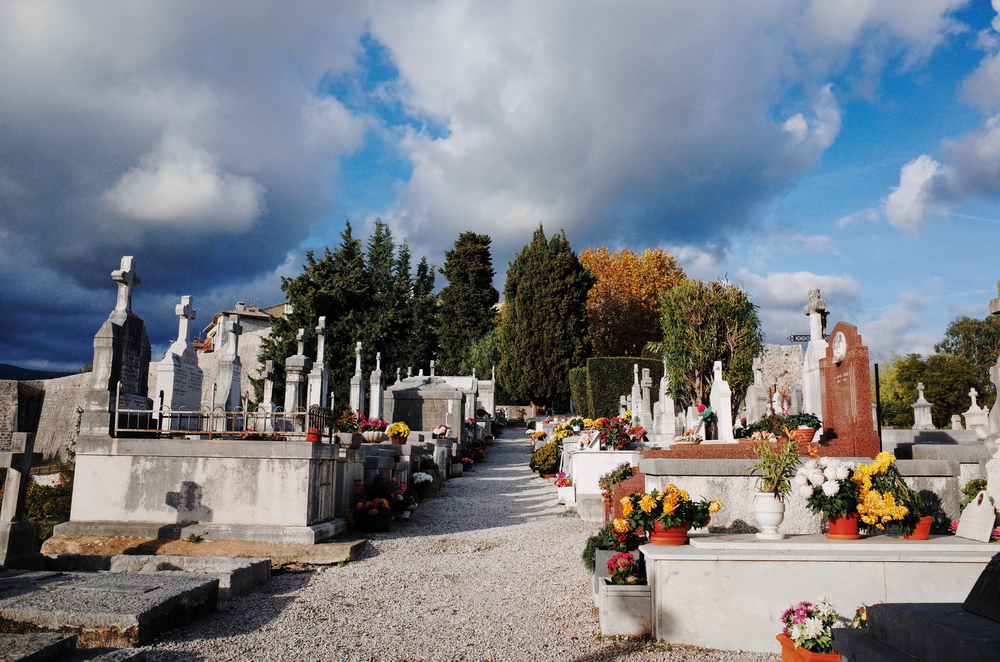 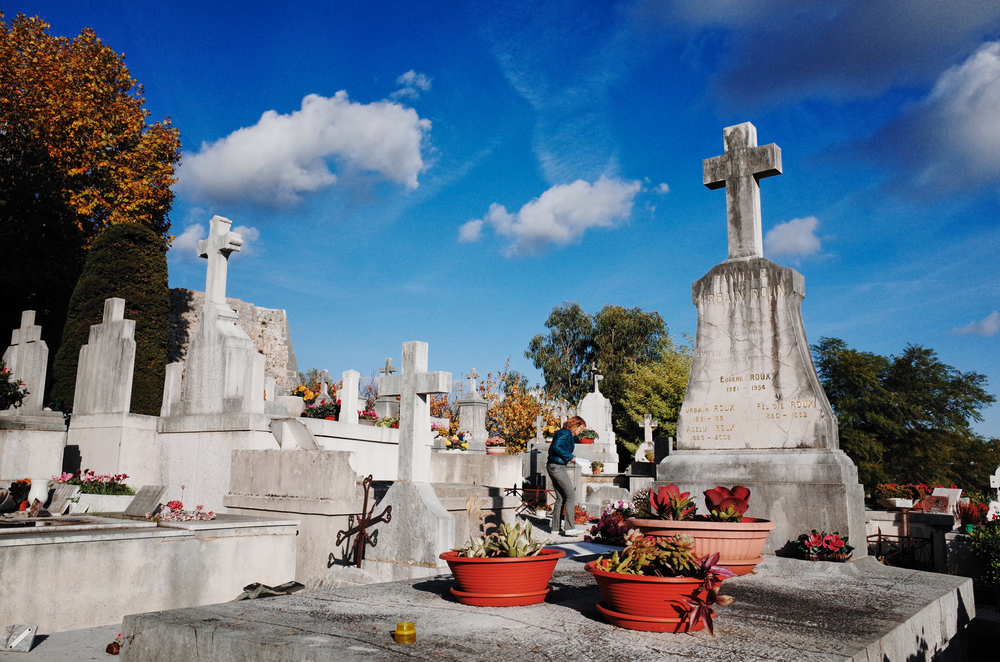 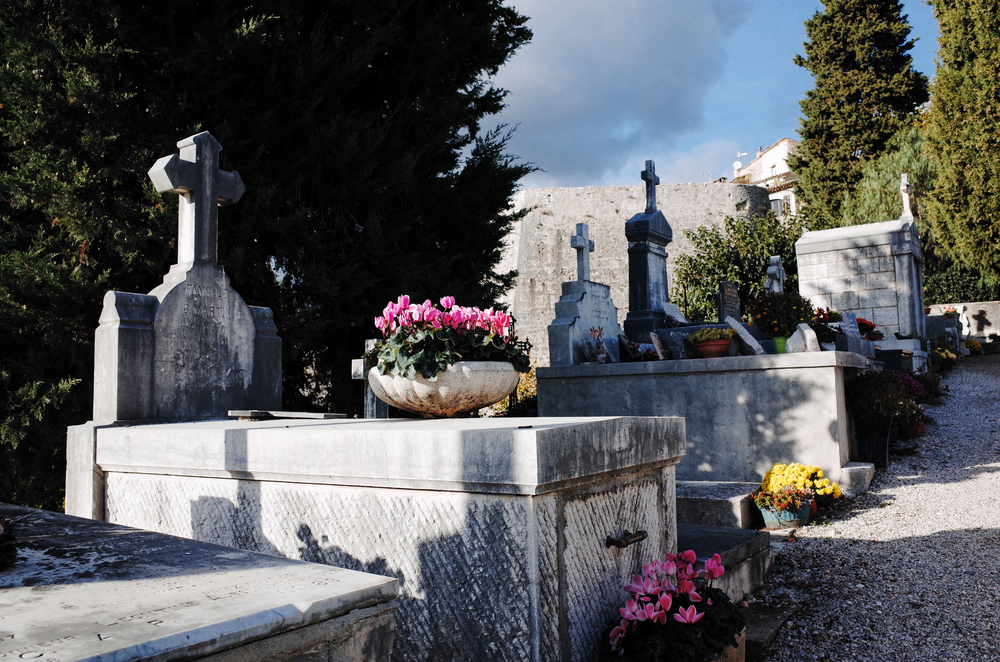 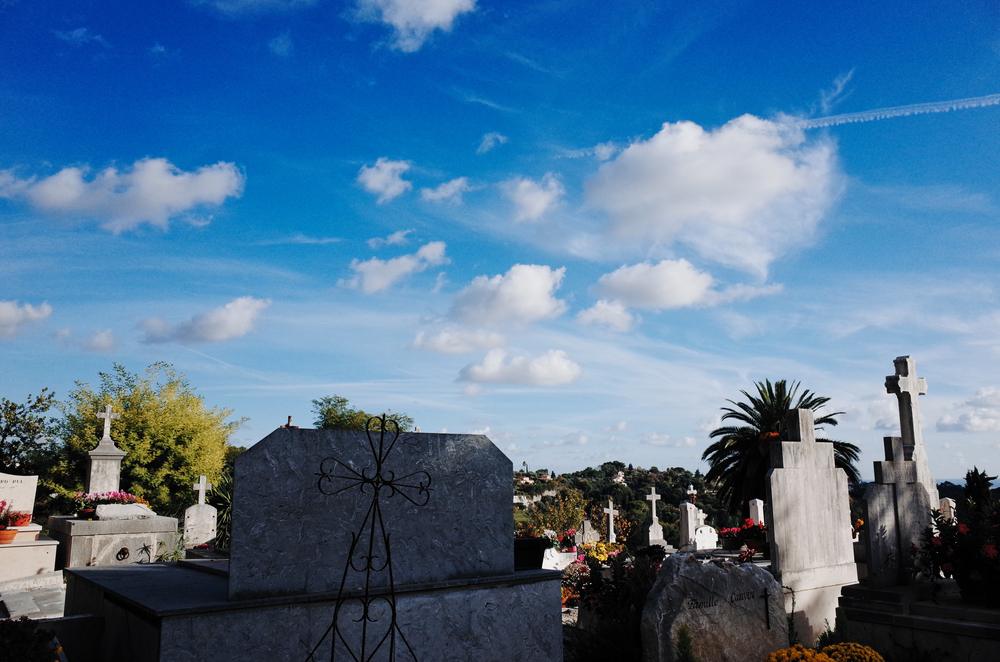 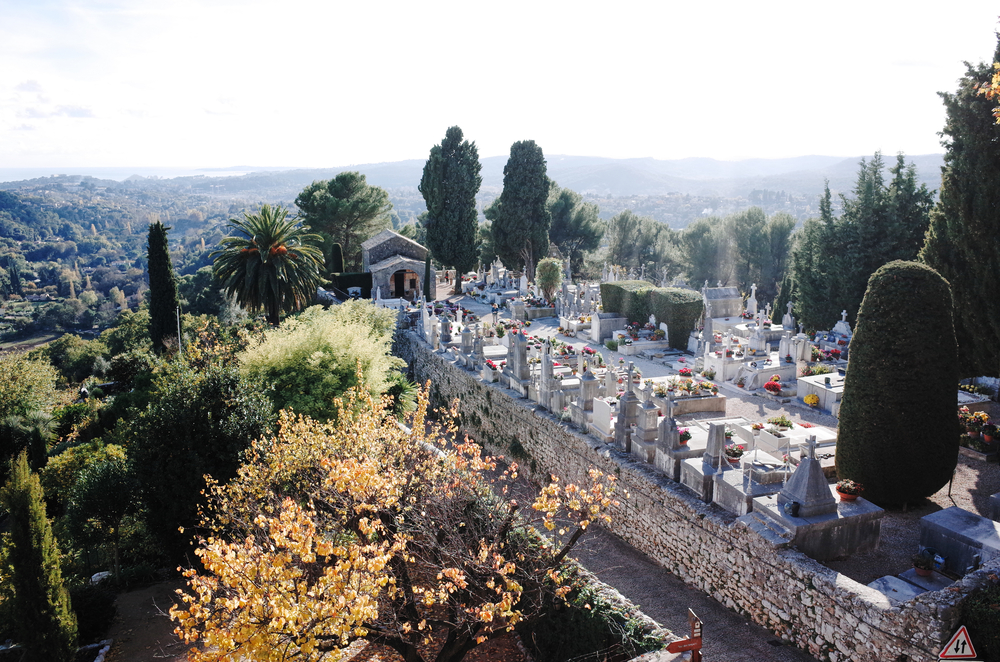 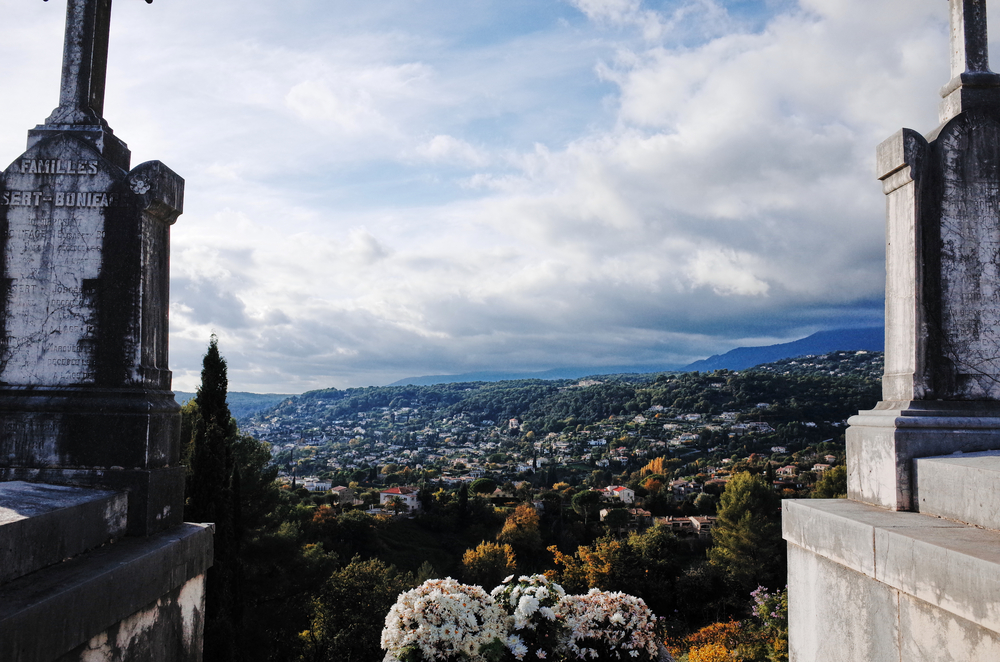 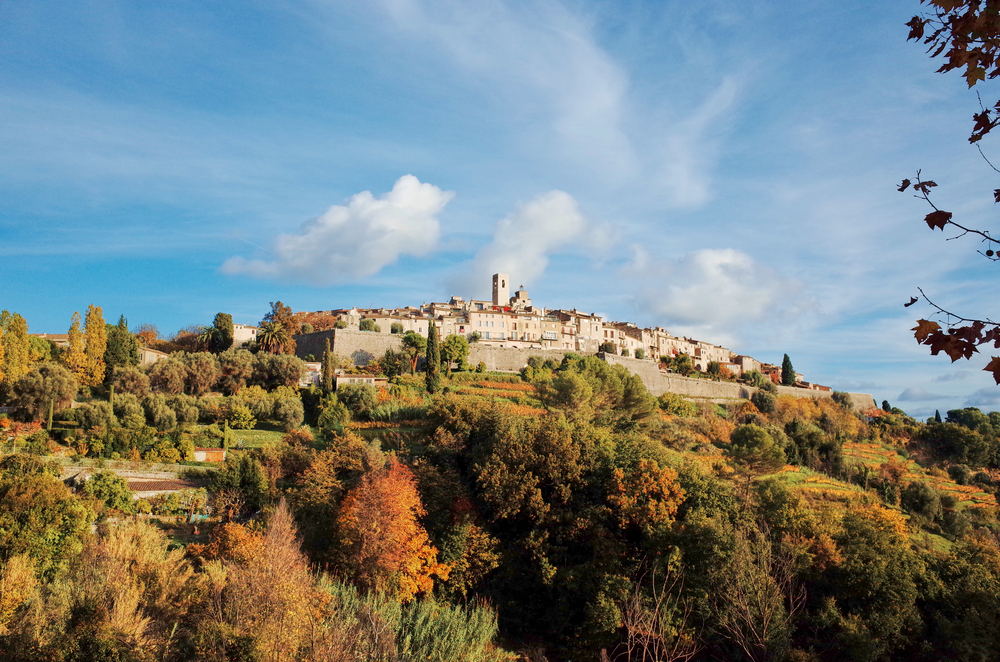 While many people will associate staying in French Riviera villas with heading to the beautiful sand beaches, soaking up the sun and wandering around the shops and restaurants in cities such as Nice and Cannes, there are other attractions along this part of the French coastline.

Many of the highlights to be found in the surrounding countryside come in the form of medieval villages, located on hilltops and along cliff edges in the region around the Riviera.

Visitors will find more than 120 of these so-called perched villages to discover, each offering the perfect way to spend some time away from the bright lights of the city.

If you are wondering what precisely a perched village is, then the clue is in the name!

They are settlements which can be found ‘perched’ on top of hills or on the edge of cliffs. Many are hidden among the tree-covered slopes that fringe the coastline of this part of France.

Many of them are easily accessible from the villas Riviera towns provide for tourists and renting a car for a day is the best way to access some of the more remote locations.

The main reason to set out to explore these villages is the atmosphere that comes from the small, meandering streets, which are steeped in history.

They will feel very different to the large coastal cities and the quirky architecture which can be found in many of the villages gives each one its own distinct character.

In terms of where to go, you are spoilt for choice. Among the more popular options are Saint-Paul de Vence, Eze and Tourettes sur Loup.

If you are planning to stay in a South France villa then Eze could be your first port of call as it is situated halfway between Nice and Monaco.

Boasting striking views along the coast and out to sea, it is a great spot to relax and take in the surrounding countryside.

Dating back hundreds of years and featuring largely intact ramparts from the 16th century, Saint-Paul de Vence is often described as one of the most beautiful of the hillside villages.

Over the years, it has attracted a host of artists, poets and writers due to the “exceptional quality of light” that the village allegedly receives.

As the location for the majority of the French Riviera’s violet growers, Tourettes sur Loup is often a popular choice among tourists.

The delicate blooms are vital to the town’s culture and livelihood, which means that every year in March, the locals hold a festival in their honour, with floral parades and flower battles all part of the fun.

If you’re looking for French Riviera villas then take a look at QualityVillas.com. It is the place to find villas on the Riviera and other South France villas.