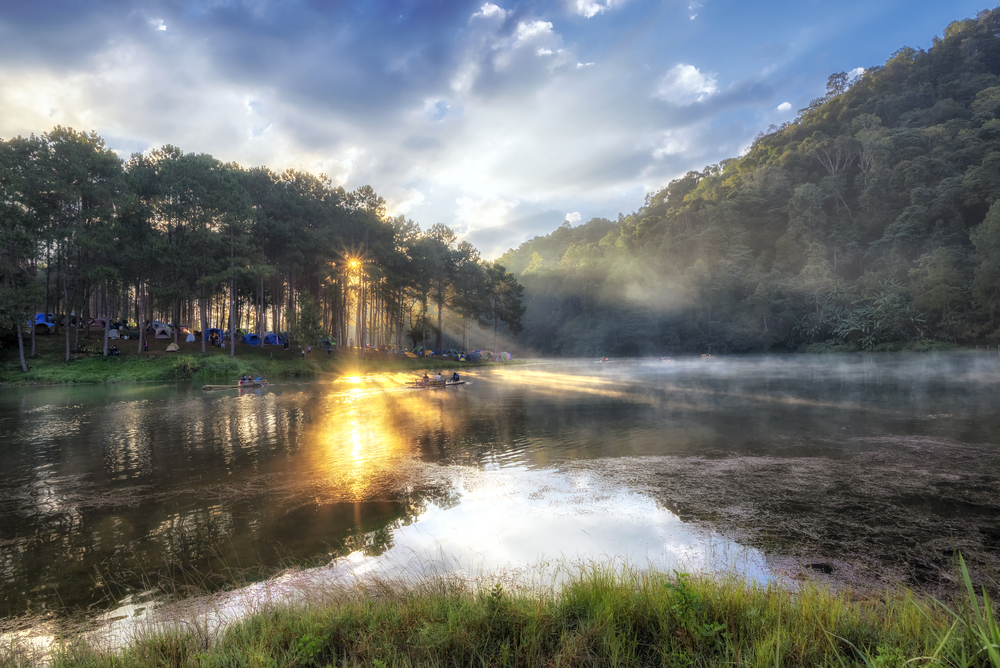 Mae Hong Son (แม่ฮ่องสอน), thanks to its rural setting and neighbouring mountains, matches numerous tourists’ preconceived notion of how a city in North Thailand should look like.  A prevalent Burmese impact and a border-town feel don’t collide with this image and, most importantly, there’s barely a túk-túk or tout to be found.  This doesn’t imply that Mae Hong Son is an unsurveyed territory – tour guides have been exploring the place for years – but the city’s potential as a base for a wide range of outdoors activities, from boat trips to trekking, assures that your visit can be quite unique.  (photos by Phonix_a Pk.sarote) 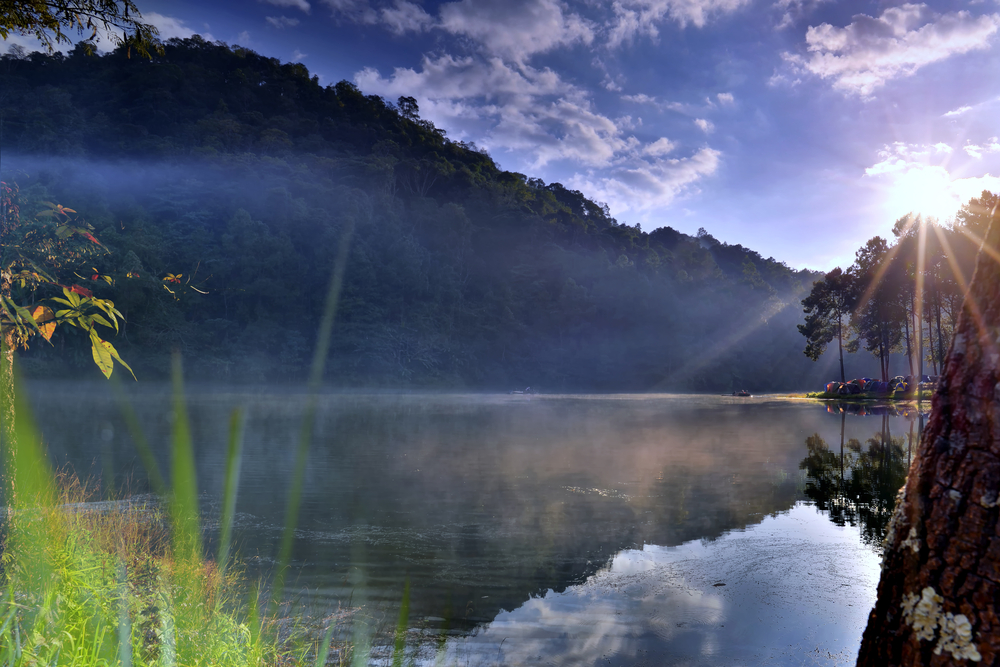 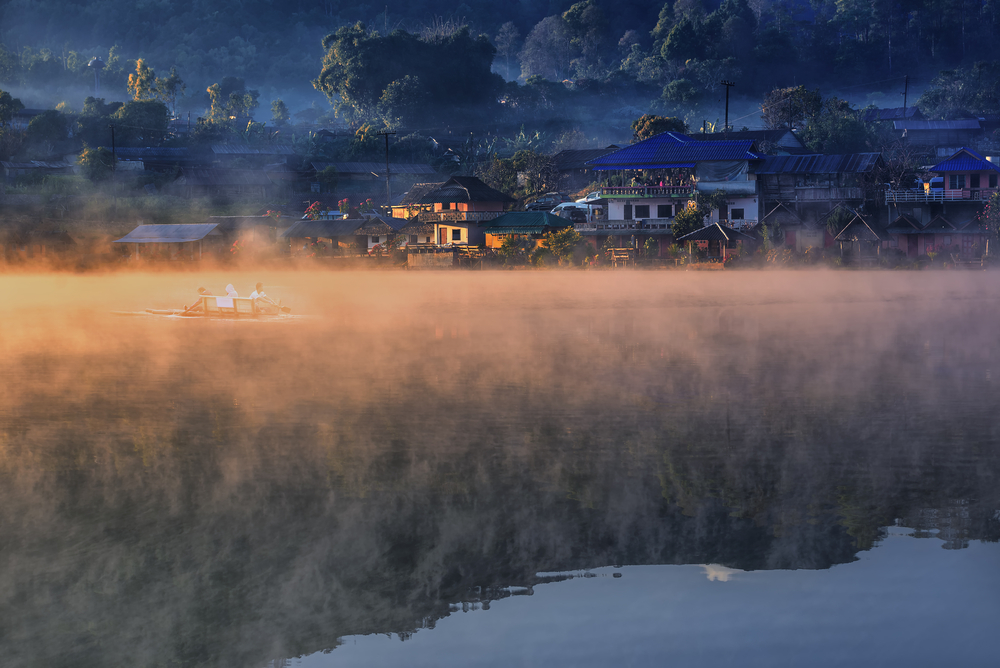 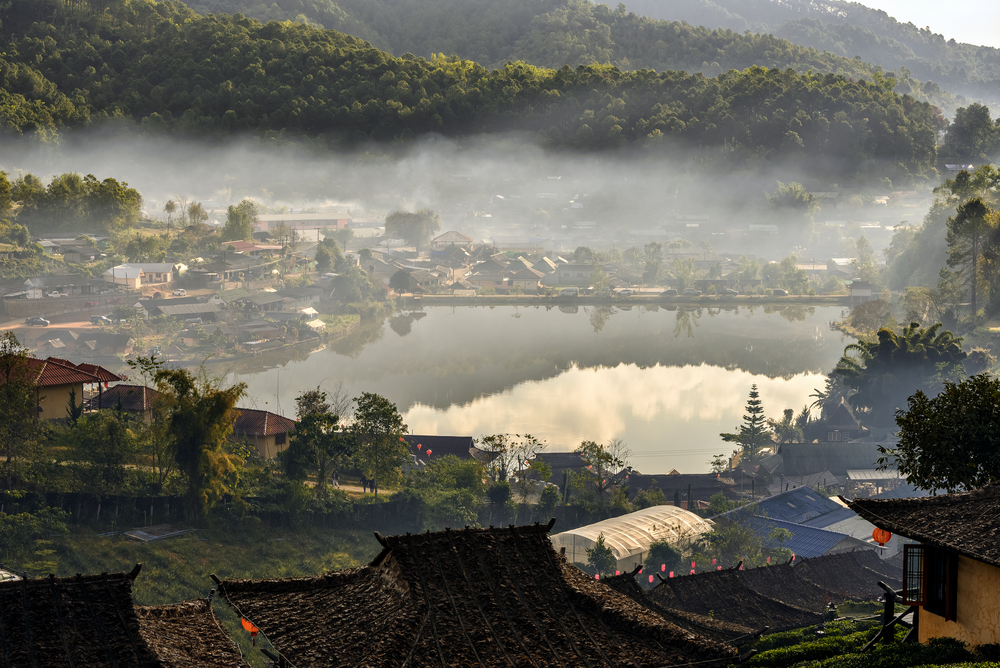 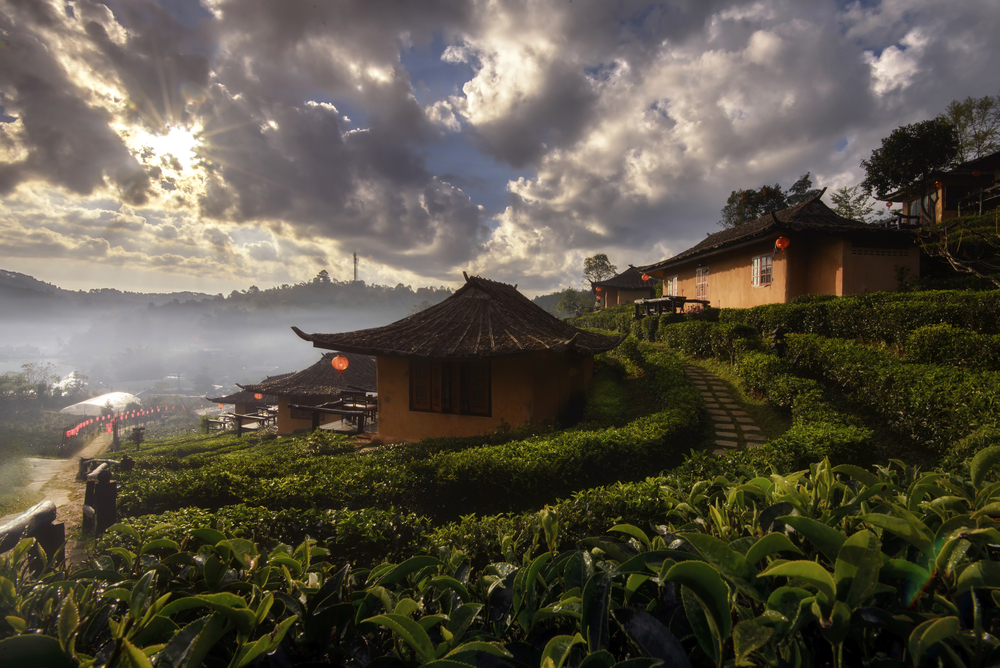 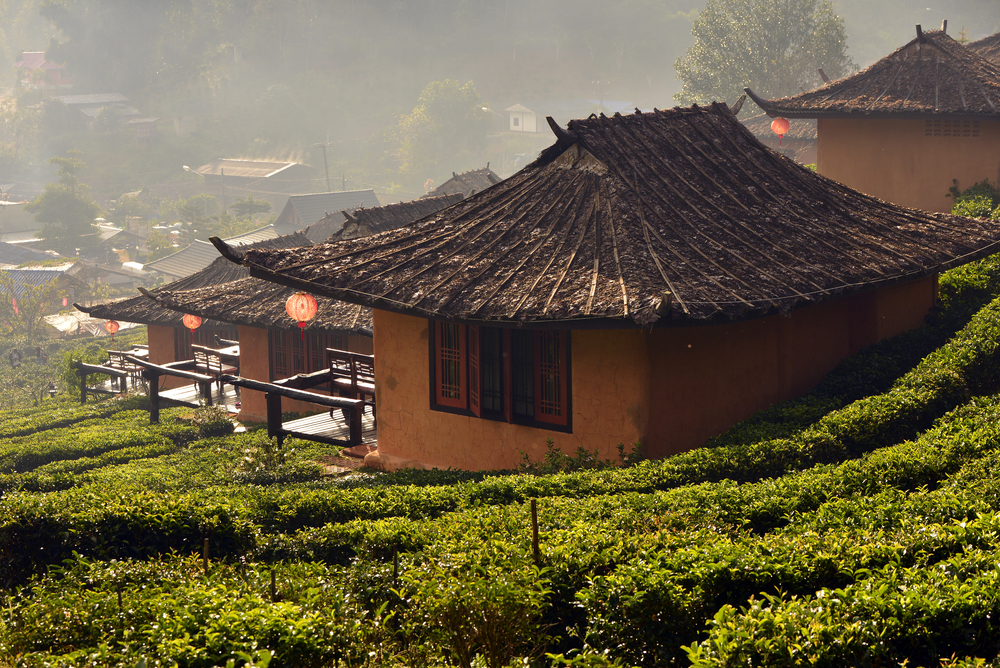 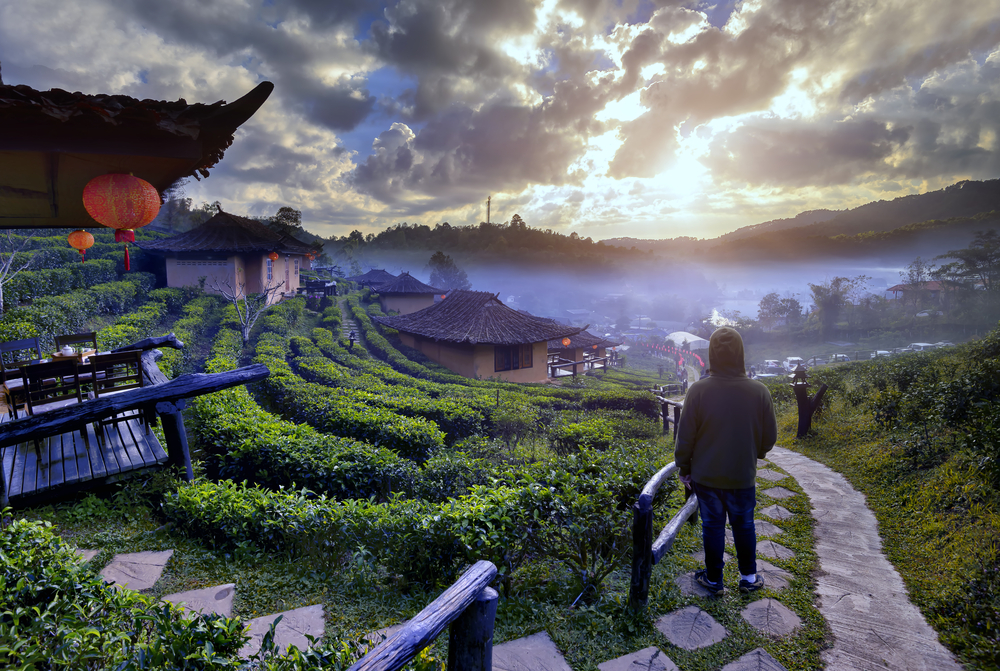 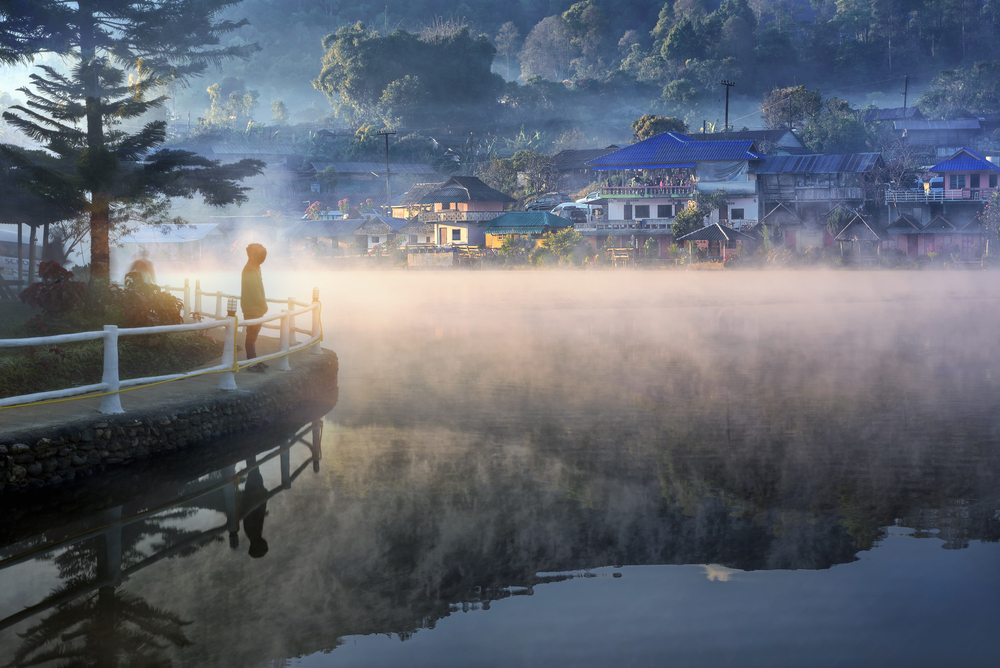 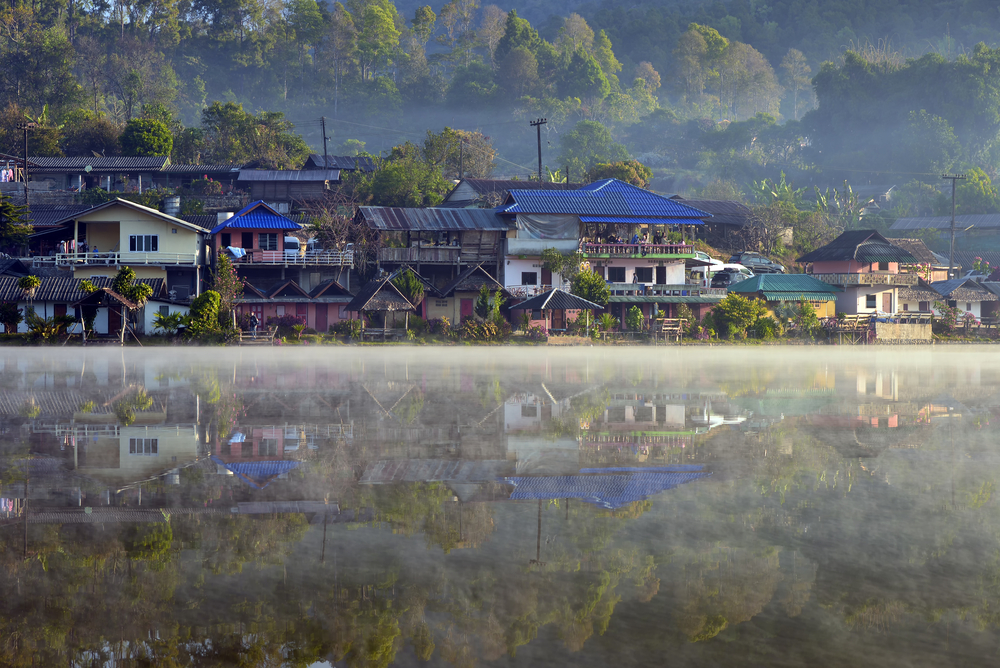 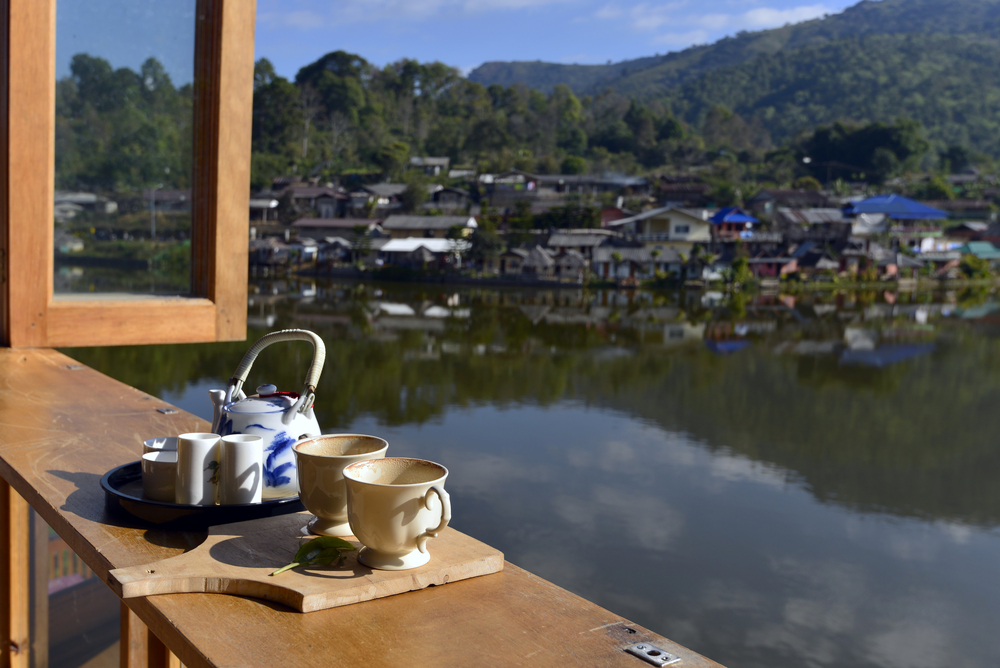 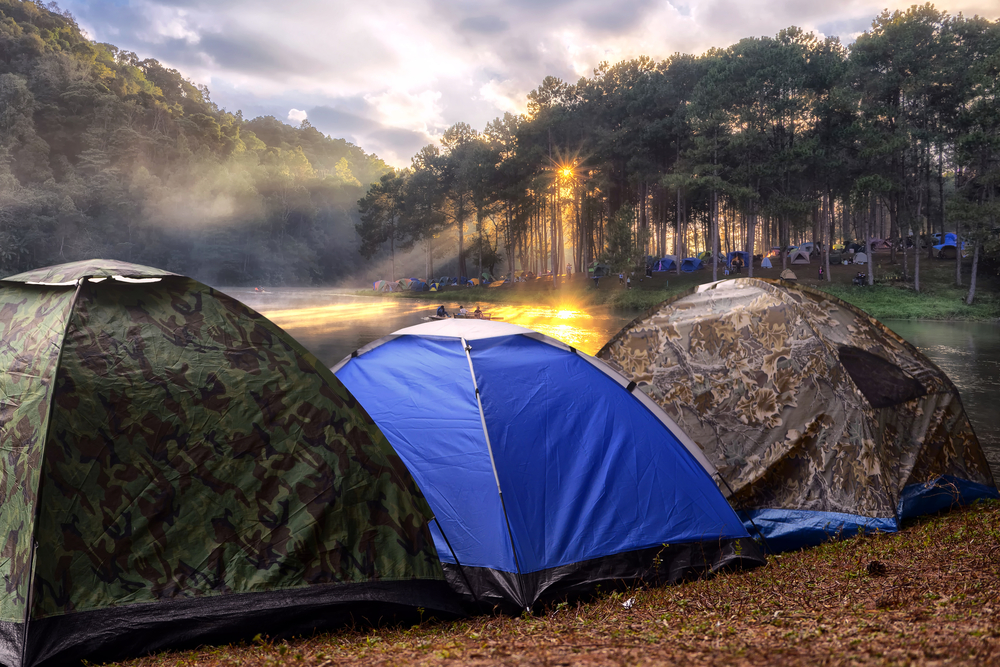 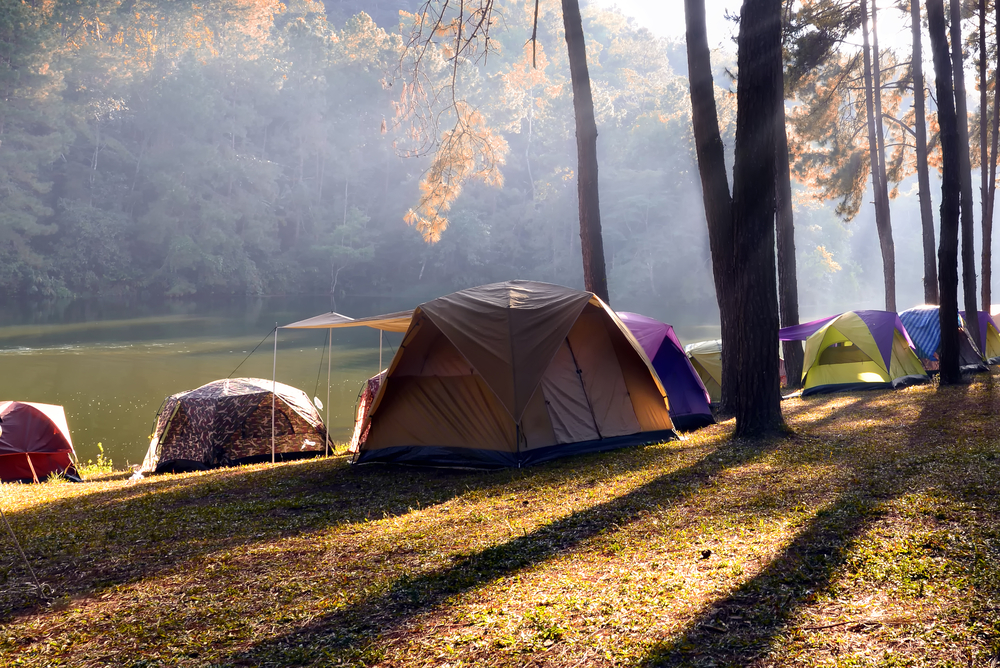 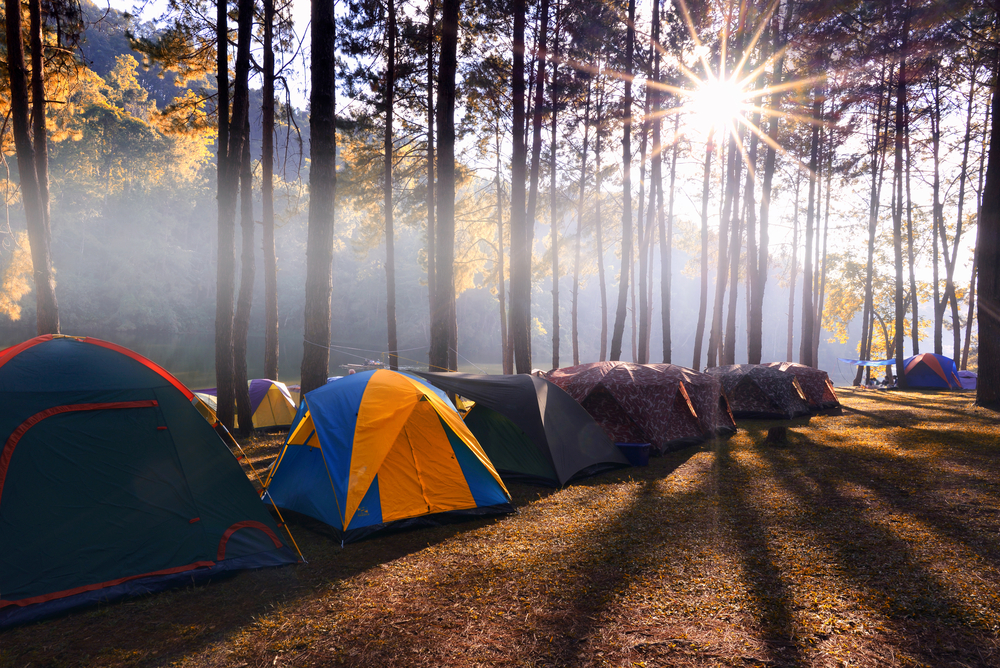 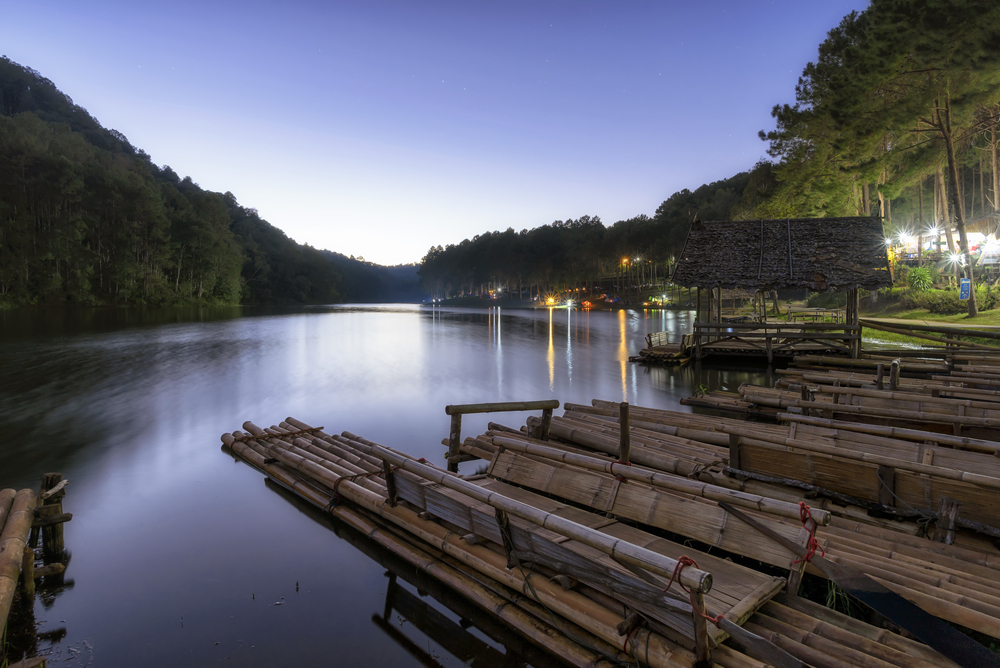 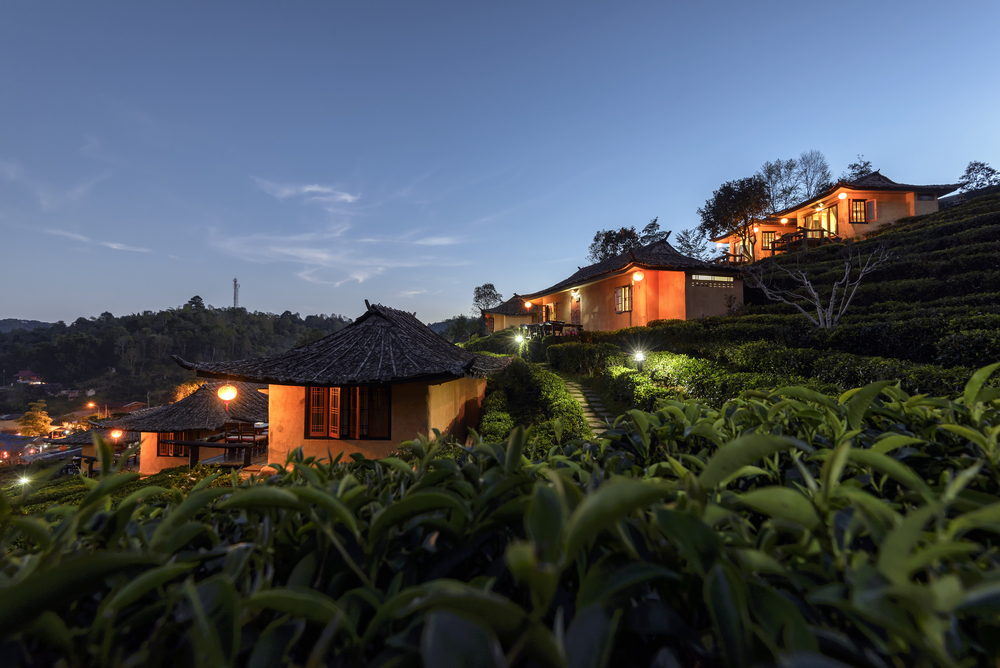 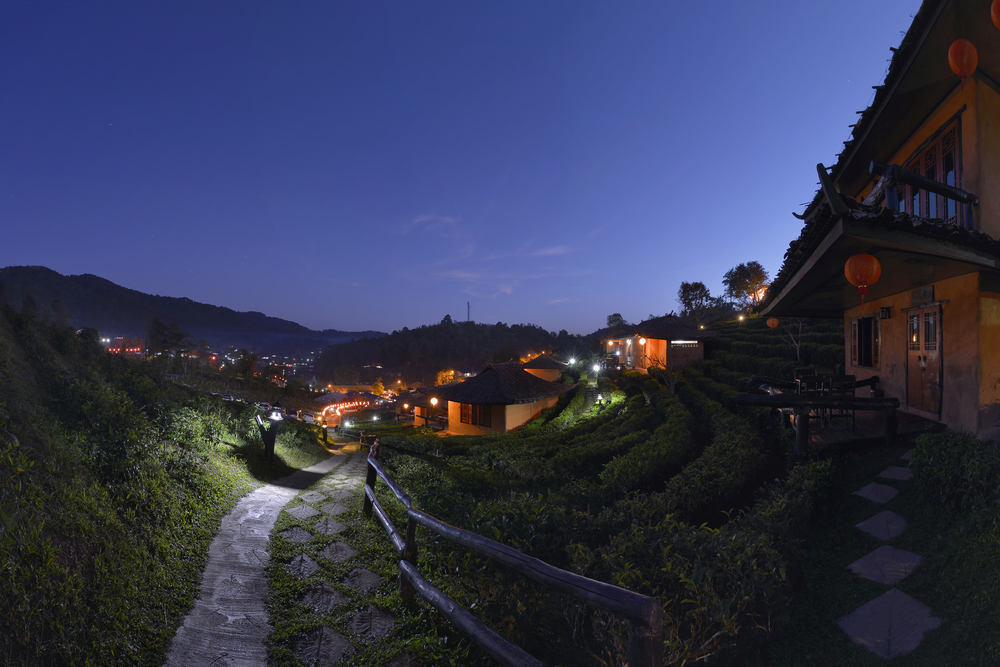 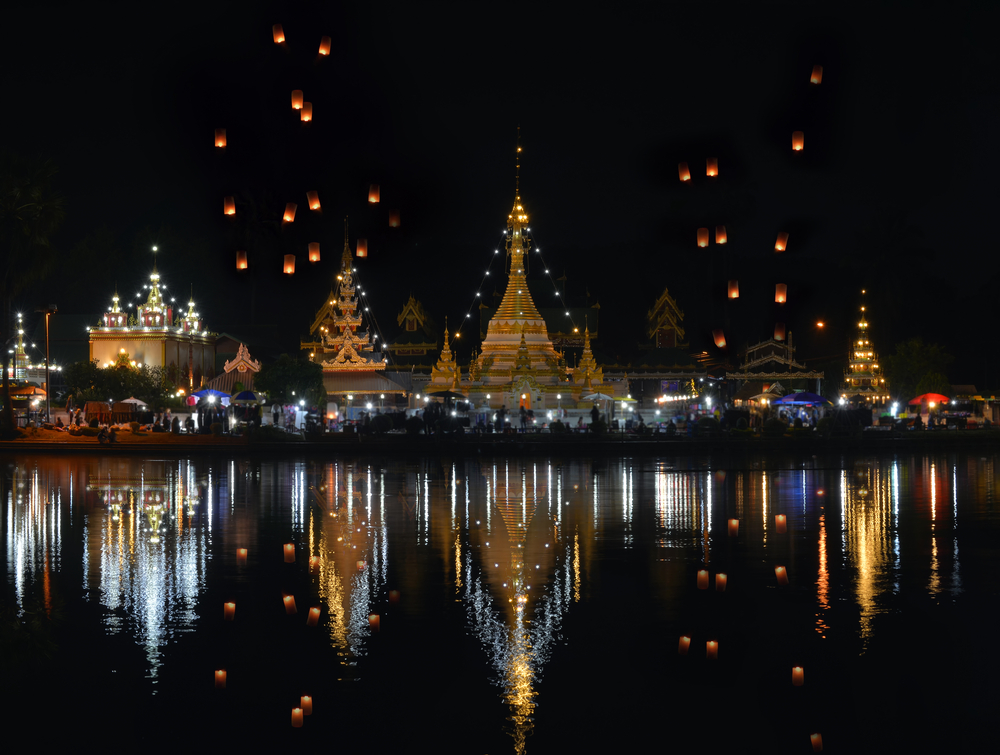 Wat Chong Kham and Chong Klang a popular tourist attraction , Temple is located in the center of Mae Hong Son,Thailand . 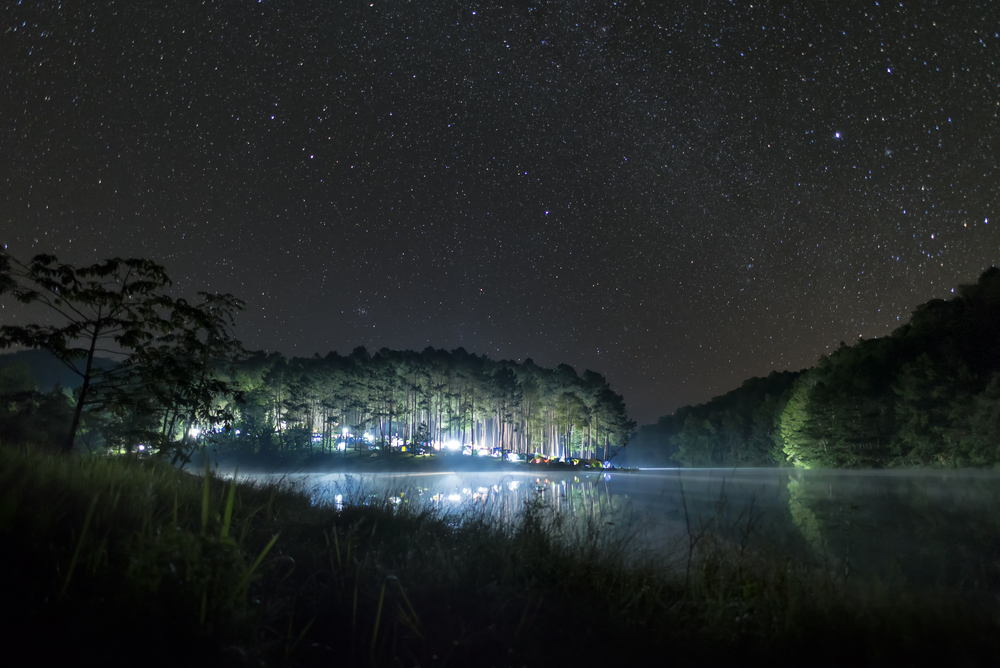 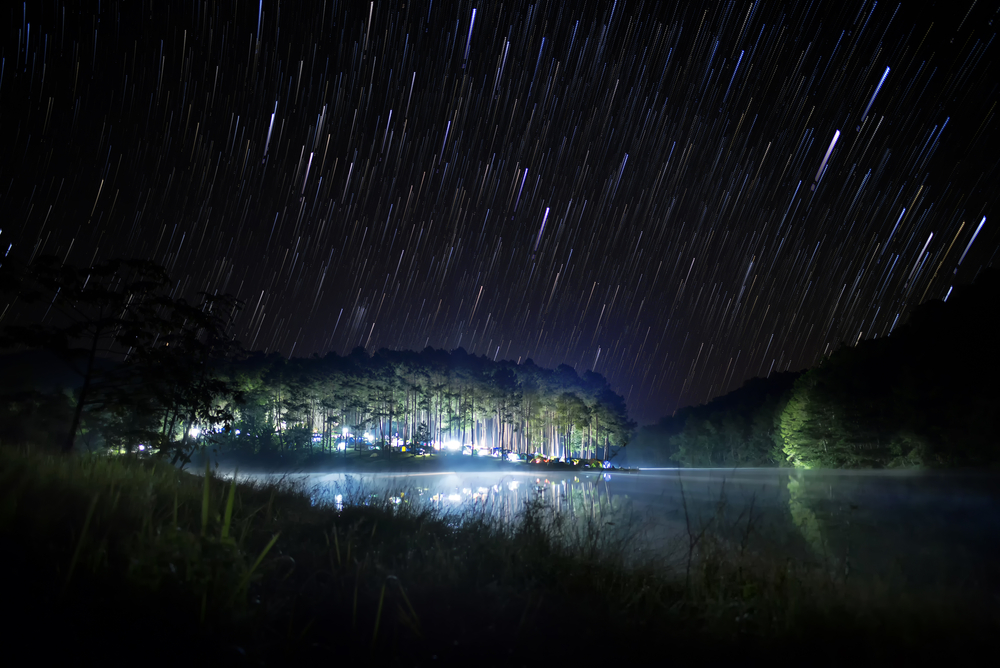 Mae Hong Son lies in the very remote and beautiful northwest of Thailand. It can be reached from Chiang Mai either from a northern route via Pai or a southern route via Mae Sariang. Both routes provide breath-taking scenery and the opportunity to see parts of Burma, Shan tows, hill people, many natural features such as waterfalls, hot springs, caves and regional faming. Often called the Mae Hong Son loop, the route provides an excellent way to see some of Thailand’s local cultures amidst the dramatic northern landscape.

The town is well surrounded by mountains and has a cool climate. It was originally founded in 1831 as elephant trainning camp for royal elephants caught in the neighbouring forests. For most of its history the town was difficult to access and isolated from the other northern Thai towns. Situated on the western border between Thailand and Burma it has always experienced the cultures of both countries. Much of the towns architecture has a heavy Burmese influence especially Wat Chong Kham. There is a small memorial to Phraya Sihonatracta the first governor of Mae Hong Son to the south of the town. Most pictures of the town however depict the chedis and lake at Wat Chong Kham and Chong Klang. The lake was originally used in the 19th century as a bathing pool for royal elephants. On the mountain overlooking the town is Wat Phra That Doi Kong Mu built in the 19th century. There are excellent views from here over the surrounding valley. Other temples in the region are Wat Kam Ko, Wat Hua Wieng which houses a very large Burmese style Buddha image, and Wat Phra Non which has a 12m long reclining Buddha image.

Approximately 10 km. south of the town is the Pha Bong hot spring with mineral water baths. Twenty kilometers to the north is the Thom Pla forest park with caves and pools. Further north near Pang Mapha is the Tham Lot forest Park where a small stream runs through a cave beneath the mountain and can be explored by raft. The best rafting however is along the Mae Pai river during October to March.

Leaving Mae Hong Son the northern route rises very steeply and passes by the Mae Surin National Park and beautiful 100m high Mae Surin Waterfall. From here the road heads through winding river valleys and steep gorges on to Pai and back to Chiang Mai.