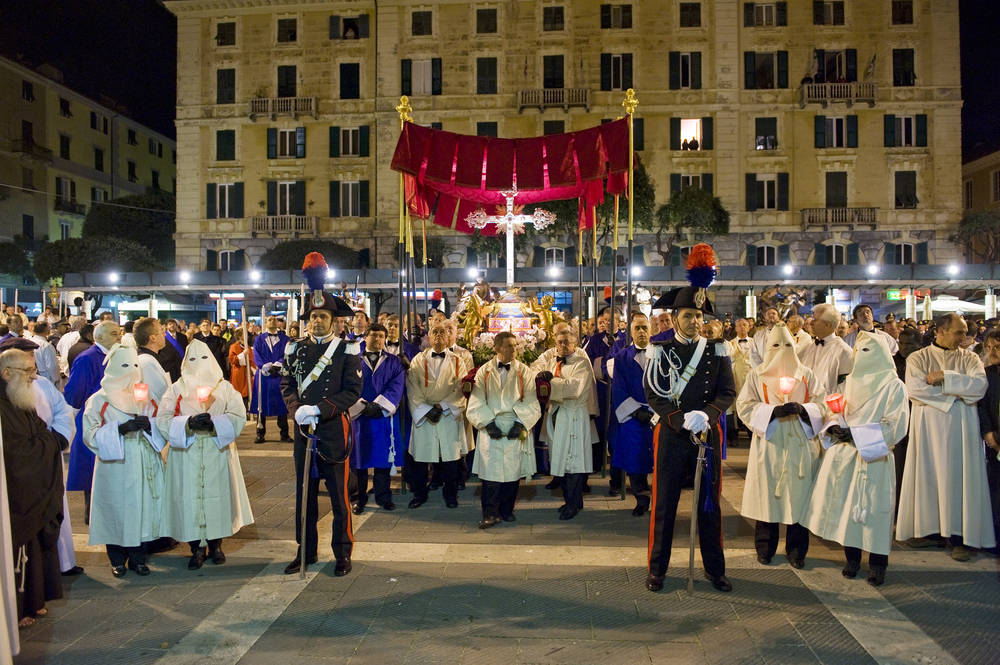 Good Friday procession in Savona, is one of the oldest elegant event.  The event often attracts a great crowd to follow the penitential rite which has been held continuously since the end of the thirteenth century, to apopreciate the passage of the processional crates through hundreds of carriers.

Traditionally, the procession is held every two years in even numbered years.  It all starts by a wooden crucifix, in dialect called “Cruxe du Pasciu” (Passion Cross) or simply “Cruxe du Gallu” (Rooster Cross), bearing the symbols of the Passion (including the rooster whose singing signifies the Peter’s betrayal), and is closed by a reliquary which consists of the Holy Cross relic. (photos by Marco Saroldi) 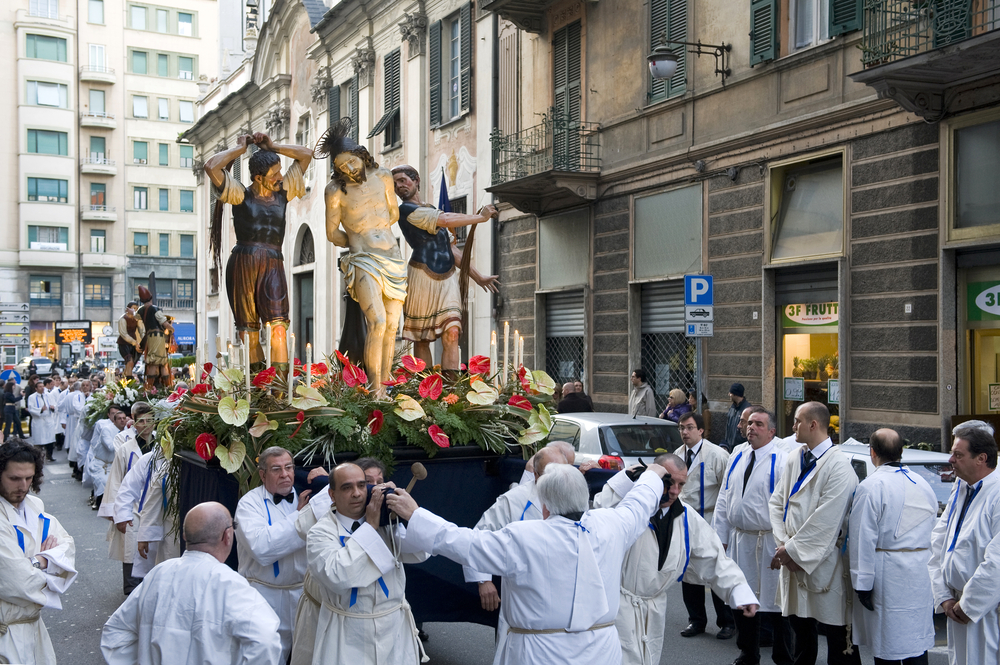 SAVONA, ITALY – March 2016: The Good Friday procession in Savona is an event of faith and popular devotion which takes place every two years 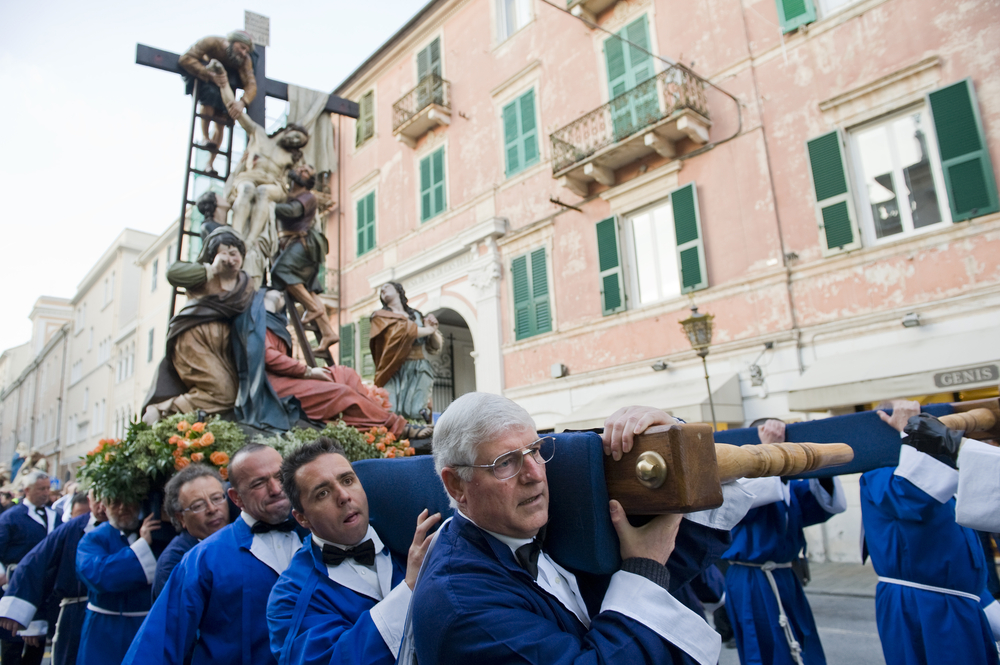 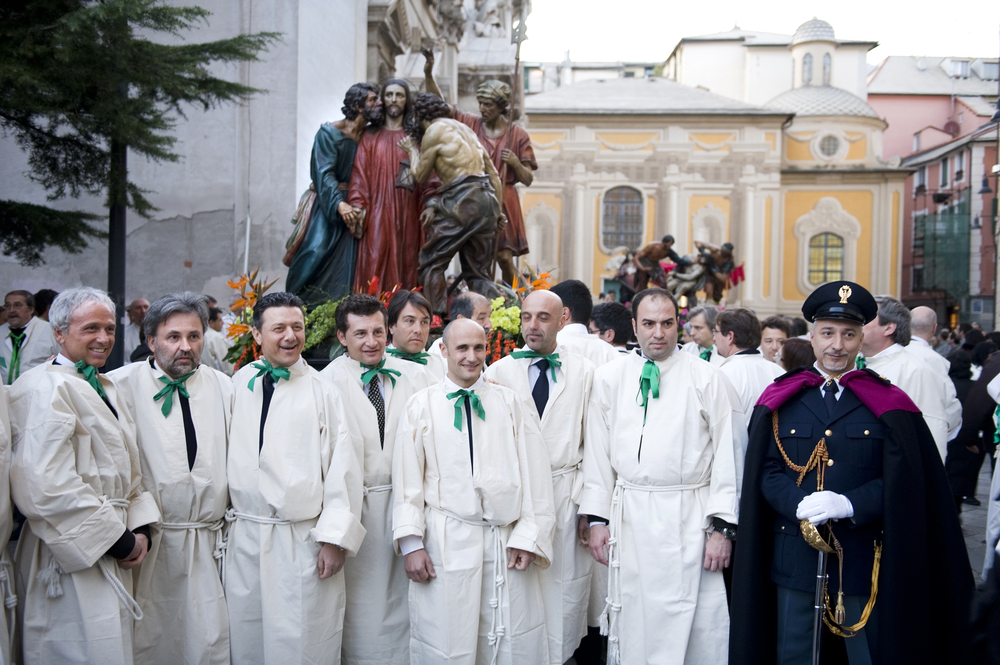 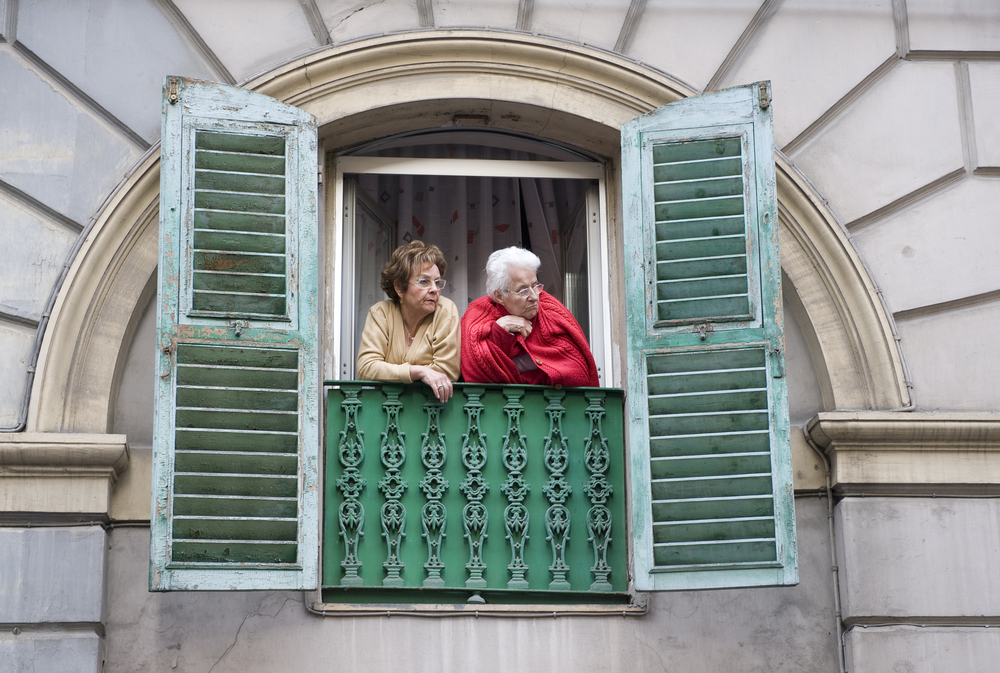 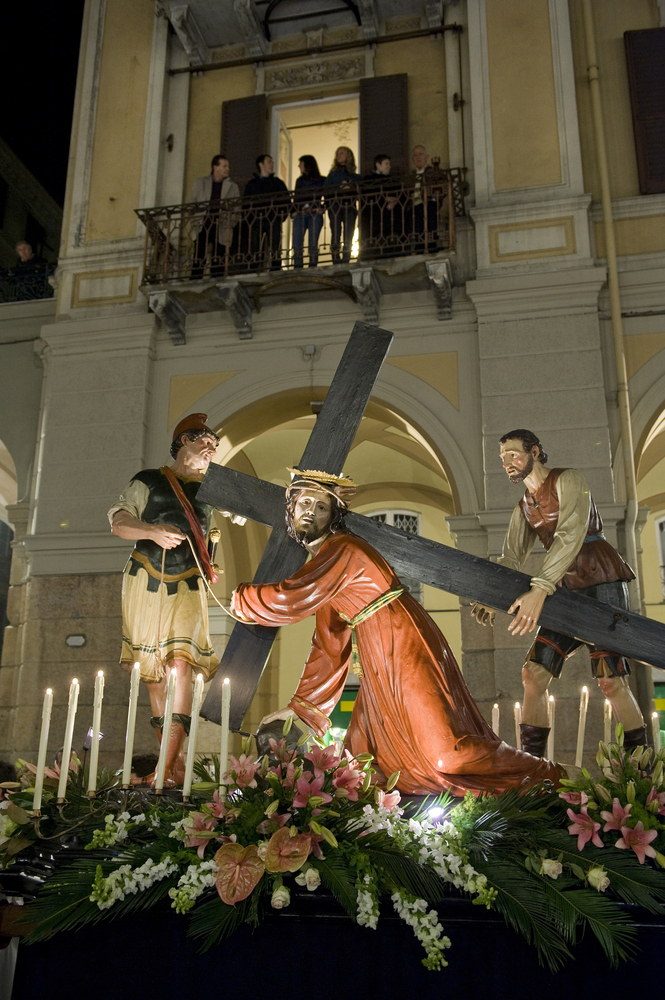 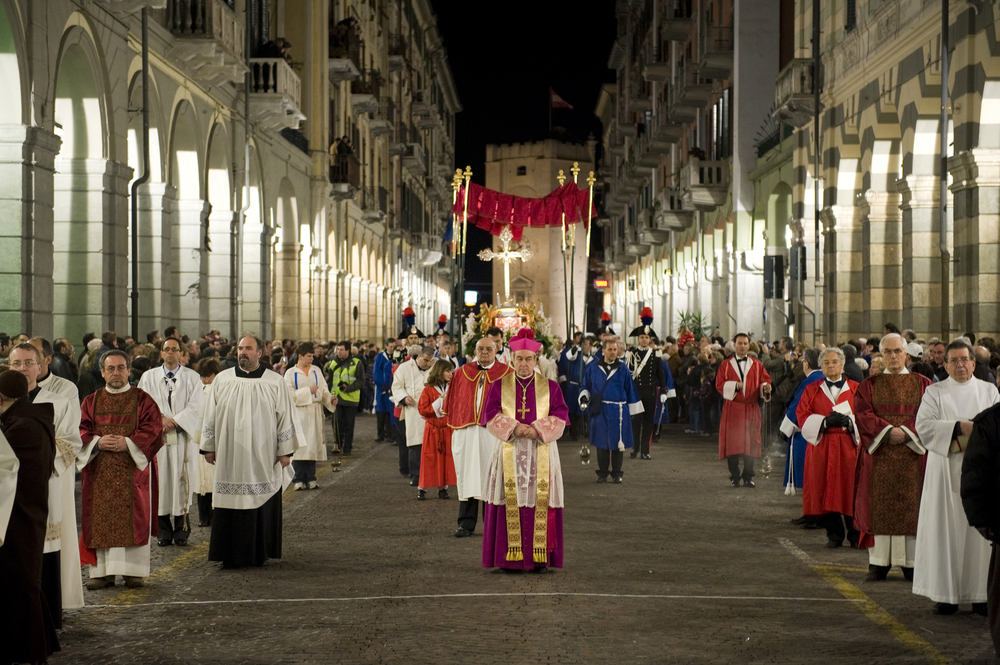 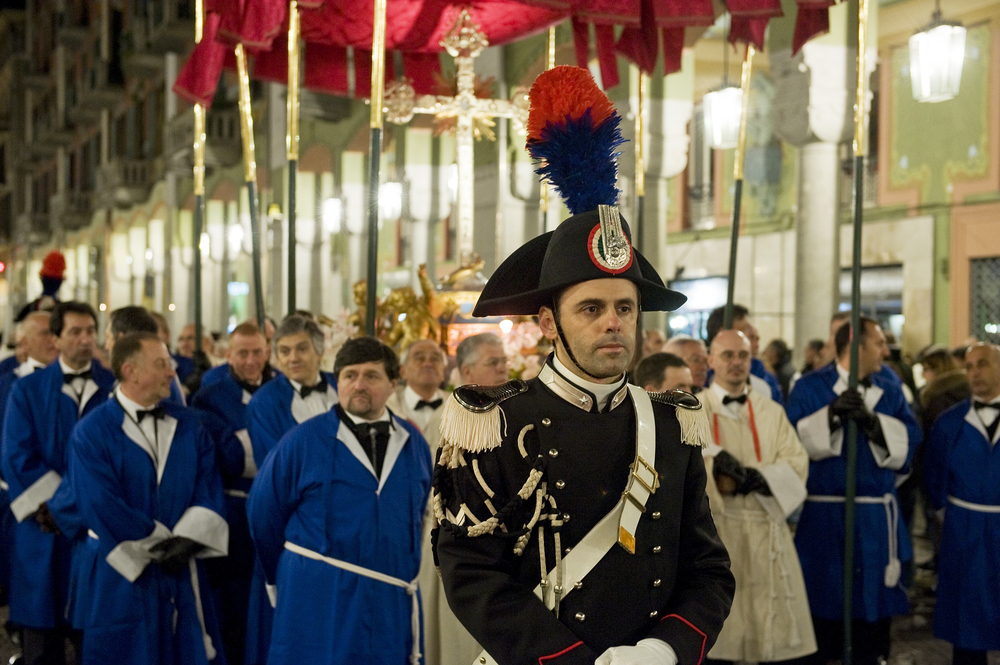 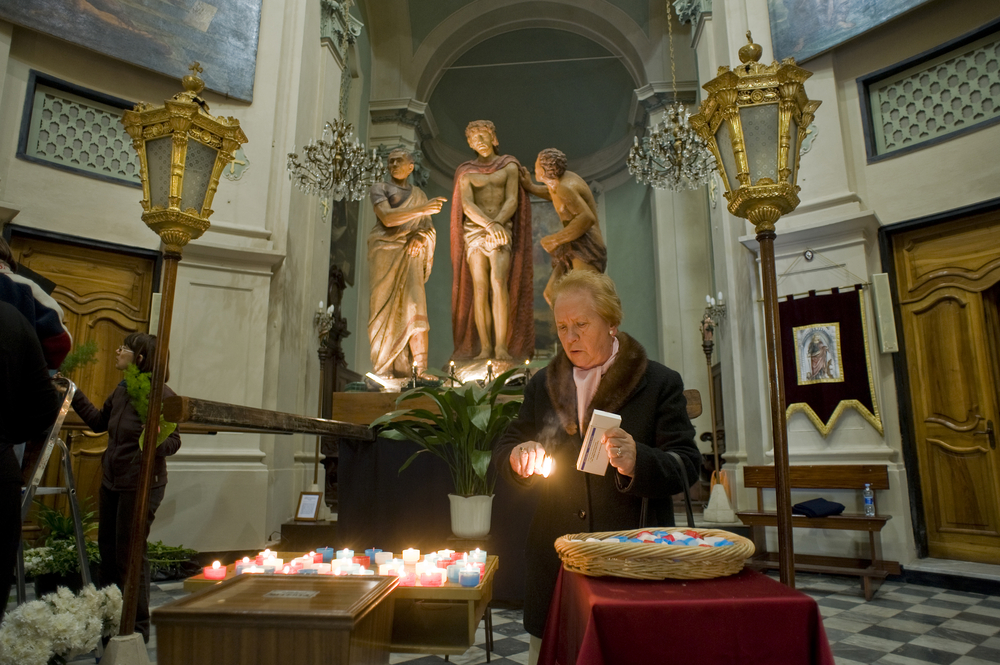 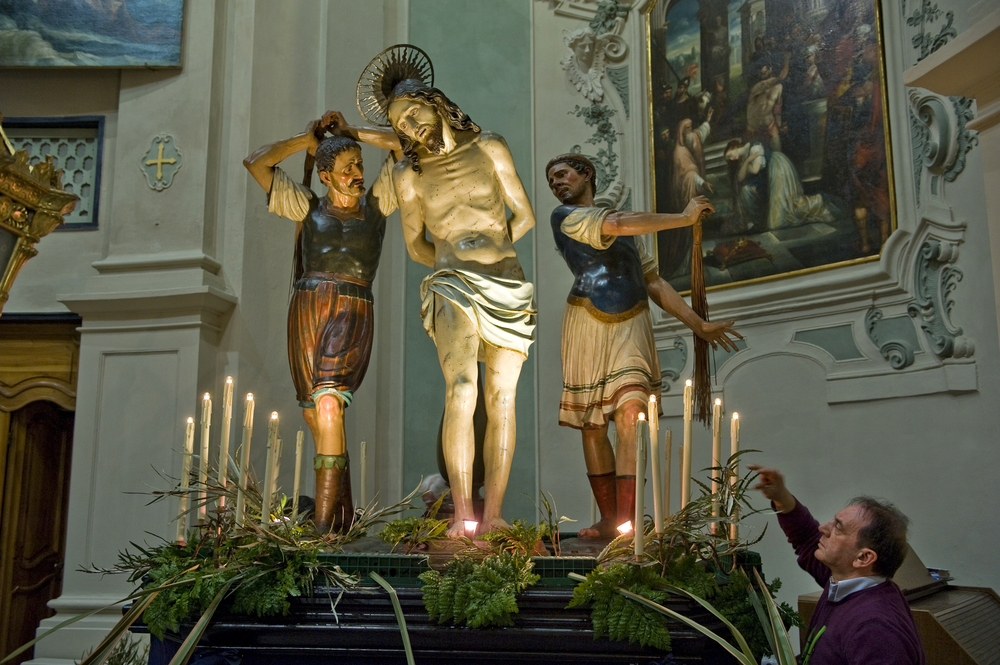 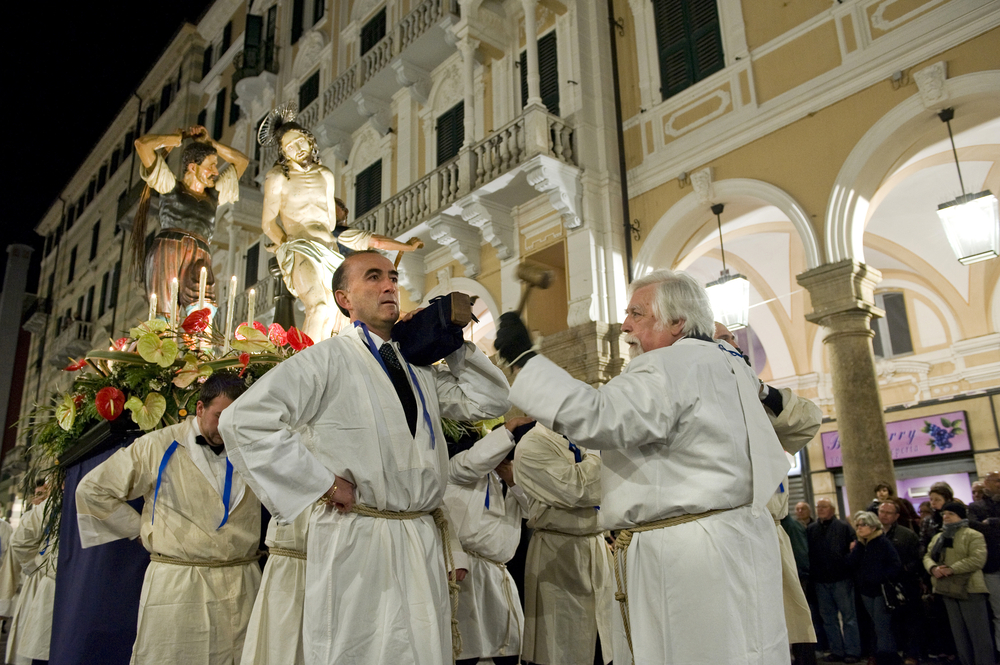 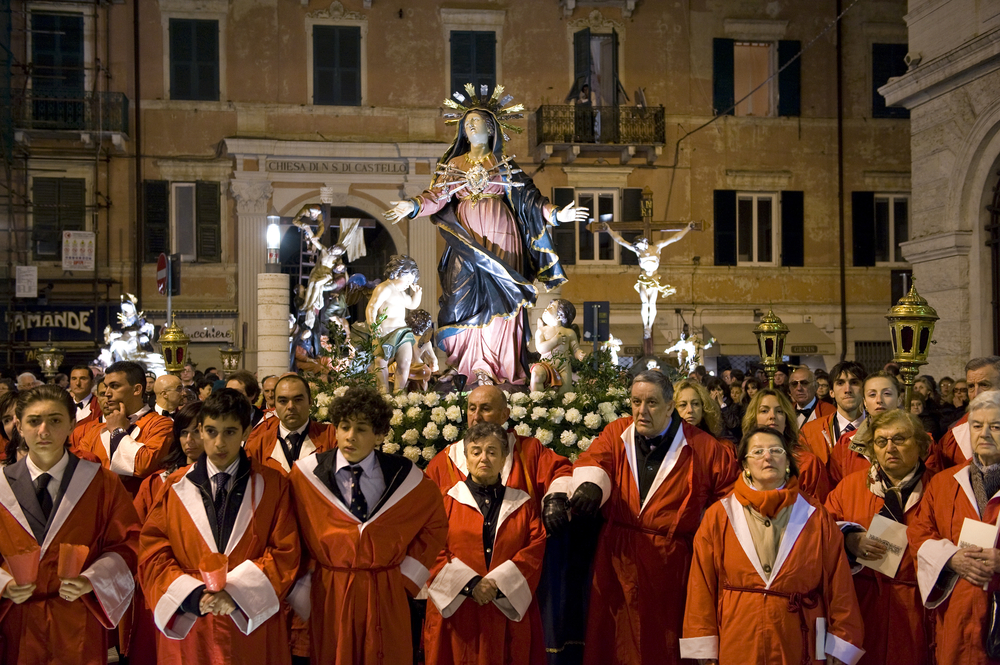 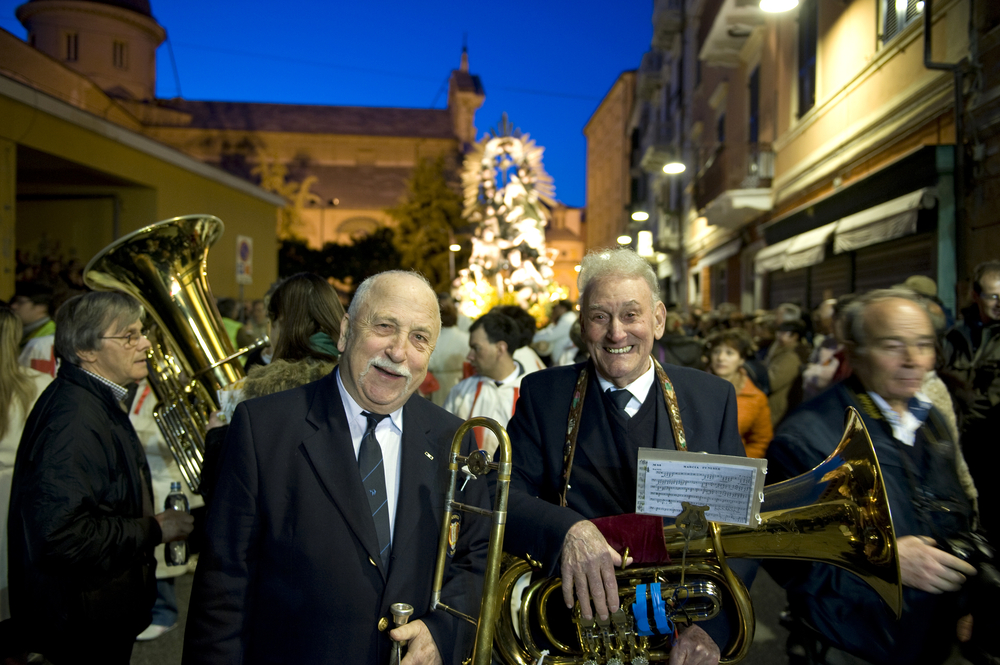 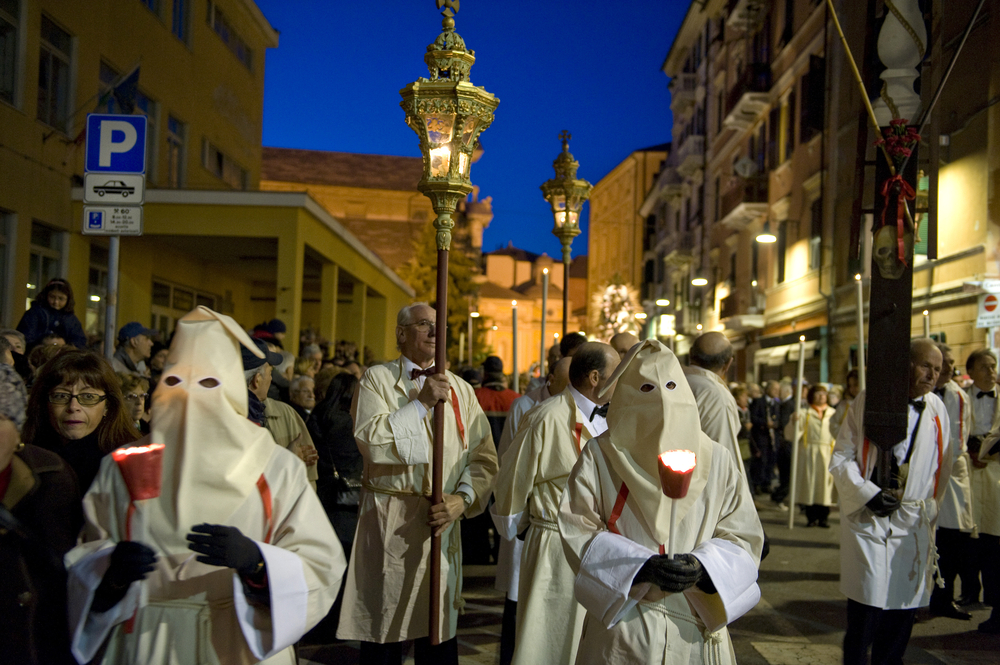 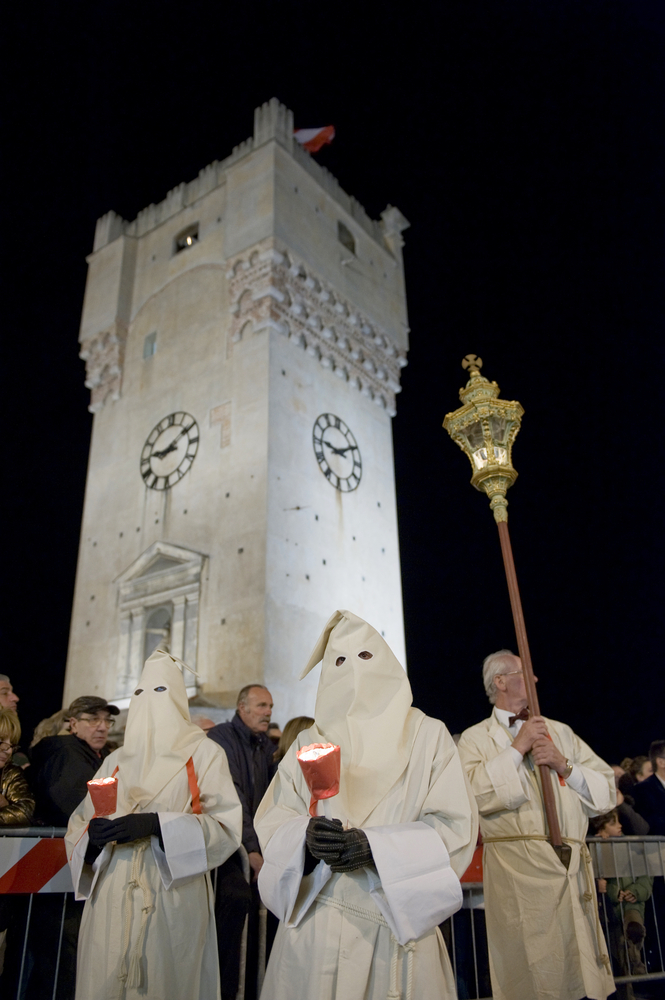 From the warm, blue waters of the Mediterranean Sea to the snow-capped mountains of the Italian Alps, the country to Italy has more to see than almost another country in the Europe. The Roman Empire rose and fell from here shaping much of the world history. The rolling hills of Tuscany and the canaled streets of Venice, Italy has produced world famous artists, poets, musicians, winemakers, and historians that too have shaped the cultures of the world. It was once the center of civilization in Europe and was responsible for innovations in technology that transformed the world. If you can only take one trip to Europe, making that trip a tour of Italy will be one unlike any other. Here are just a few of the best places to visit in Italy.

The capital city of Italy has so much history you could spend a week exploring the city and still not see it all. The city was seat of power at the height of the Roman Empire. In this land of Gods you can find countless nods to Rome’s pre-Christian, as well as its Christian past. Begin your tour with the famed Colosseum where gladiators used to battle to the death. The floor has disappeared but it gives a chance to view the labyrinth of tunnels that once housed the fighters, animals, and the props. Next continue your walk through the Roman Empire by visiting the Pantheon, which was once a temple to the early gods of ancient Rome. Now it is a Christian place of worship though its open to tourists of all faiths and backgrounds. You cannot escape the dome of St. Peter’s Basilica jutting above the city skyline in the heart of Vatican City. Here is where not only the Pope resides but also has the famous Sistine Chapel and Michelango’s beautiful ceiling. Trevi Fountain is the largest and most beautifully detailed fountain in the city. Don’t forget to bring your coin because making a wish into the fountain ensure that one day you will return to the Eternal City. Nearby is the Spanish Steps that also leads to streets with phenomenal shopping. These are just a few of the places to see while in Rome but there are many small gardens, museum, caf�, wine grottos, boat tours and so much more.

The rolling hills of Tuscany are famous for their beauty, their wine, and their history. The city of Florence is also one of the most popular tourist attractions in Italy. Its ancient narrow cobblestone streets was home to famous poets and artists and was once a powerful and wealthy port. The food and wine in this region is unlike any other. Also in the Tuscany region is the city of Pisa with its famous leaning tower. The charming town though is architecturally beautiful with historic streets and shops. Throughout the countryside though you can visit ancient castles, villages and vineyards, not to mention a chance to sample more of the famous wines. One of the best cities to really feel like you have stepped back into the Middle Ages is the city of Siena, south of Florence. This city has a history of fierce independence and many of its building are original making it a truly charming and one of kind stop in the region.

This ancient city in southern Italy is home to infamous Mr. Vesuvius whose epic eruption buried the town and all its inhabitants in the year 79. The soot and ash locked the city in a preserved state until its excavation. Much of the area is still being excavated and it has become a large outdoor museum. The fascinating look at an ancient city preserved in time where you can not only see jars sitting on top of tables but also the victims frozen in time for eternity is something not worth missing. The larger city of Naples is not far from Pompei. Here there are medieval castles, museums, beautiful parks, and the largest roman architectural museum in the world that includes artifacts from many excavation sites including Pompei. You’ll also find the Royal Palace, piazzas, and restaurants. If you get a chance to snorkel or dive off the coast, the waters are clear and you can even dive in a portion of Pompei that is now underwater.

Venice is by far one of the most interesting cities to visit in Europe. Both the canals and the long history of this city in northern Italy make it like no other place on Earth. It has remained remarkable unchanged from when many of the building were built over 600 years ago giving it a unique identity and character. The lagoon and the canals rise and fall with the tides and due to the face that the city is slowly sinking, its not unheard of to have to wade through flooded streets so bring waterproof boots or buy them when you get there. Nevertheless, it will be a one of a kind experience. A gondola ride down the Grand Canal is a must though all of Venice is car-free and therefore pedestrian friendly. It’s a beautiful and romantic city that should not be missed on your next trip to Italy.

For more information on traveling to Italy please visit http://www.destinationeuropeonline.com/locations/italy.php

Color Me Run in Hanoi 2016, Marathon with a Twist