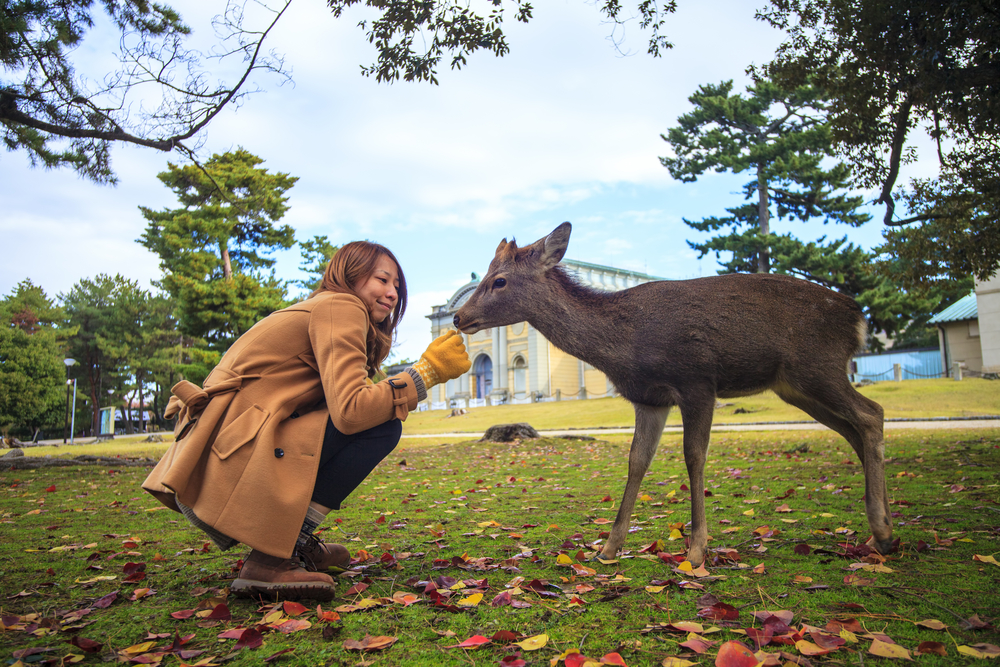 Nara (then Heiju-kyu) was the capital in Japan about 1,300 years ago.  The festivities celebrated the anniversary of the ancient city in 2010.  Visitors can readily find the traces of “Old Japan” here, from the scenic Isuien garden, to traditional ryokans and Great Buddha Hall.  Tourists can explore Nara through fruitful tours, especially the historic Naramachi commerce area. 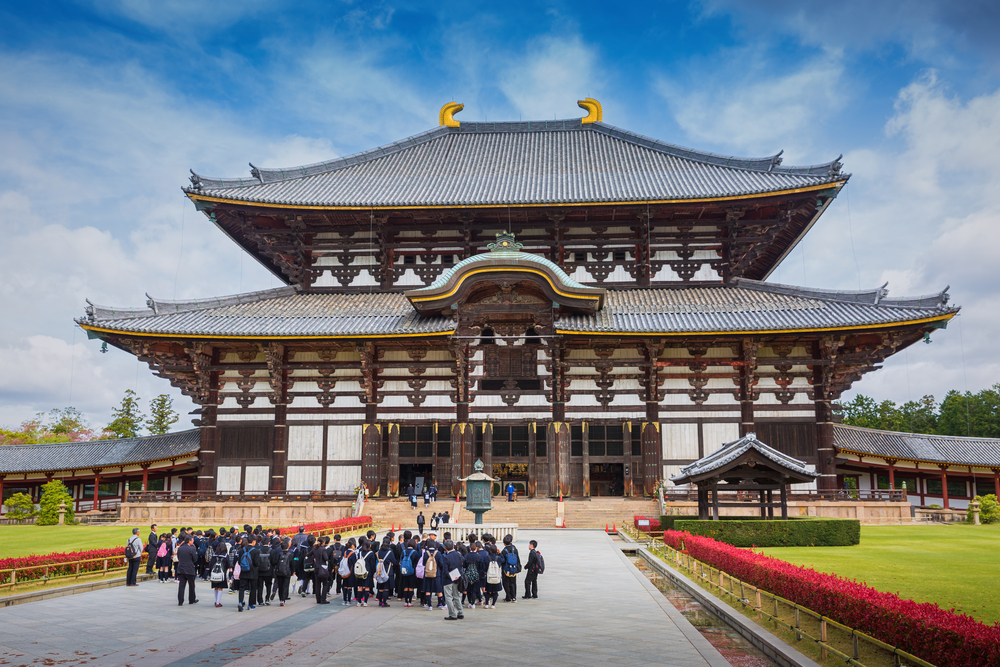 Nara, Japan – April 11, 2016: Todaiji Temple is a Buddhist temple complex, that was once one of the powerful Seven Great Temples, located in the city of Nara, Japan.  (Bule Sky Studio / Shutterstock) 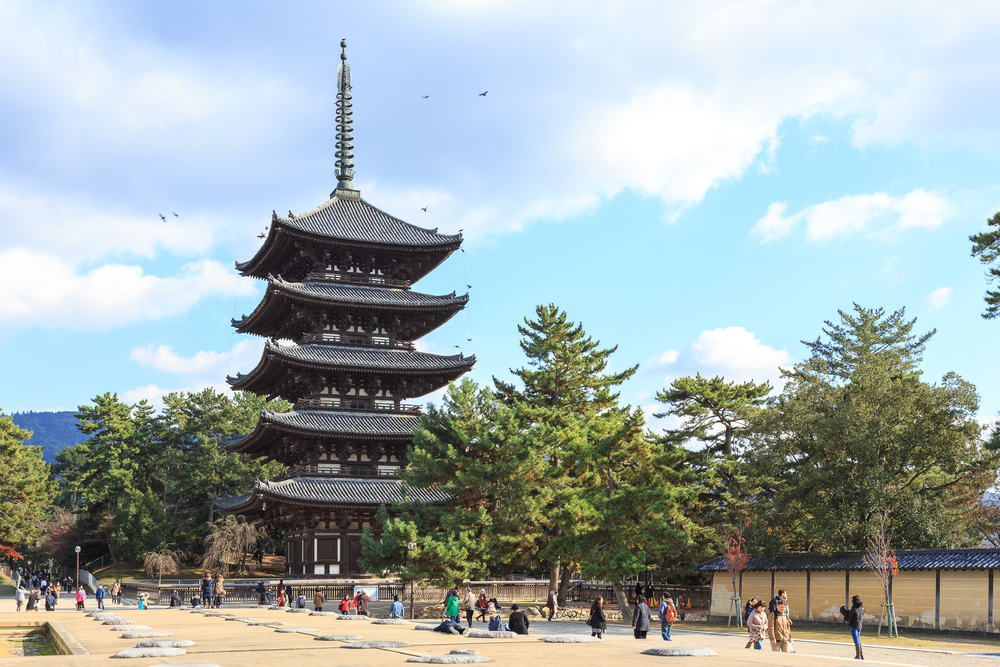 Nara ,Japan – November 28, 2015: Kofukuji used to be the family temple of the Fujiwara in the Nara and Heian Periods. The temple was established in Nara at the same time as the capital in 710.  (KoBoZaa / Shutterstock) 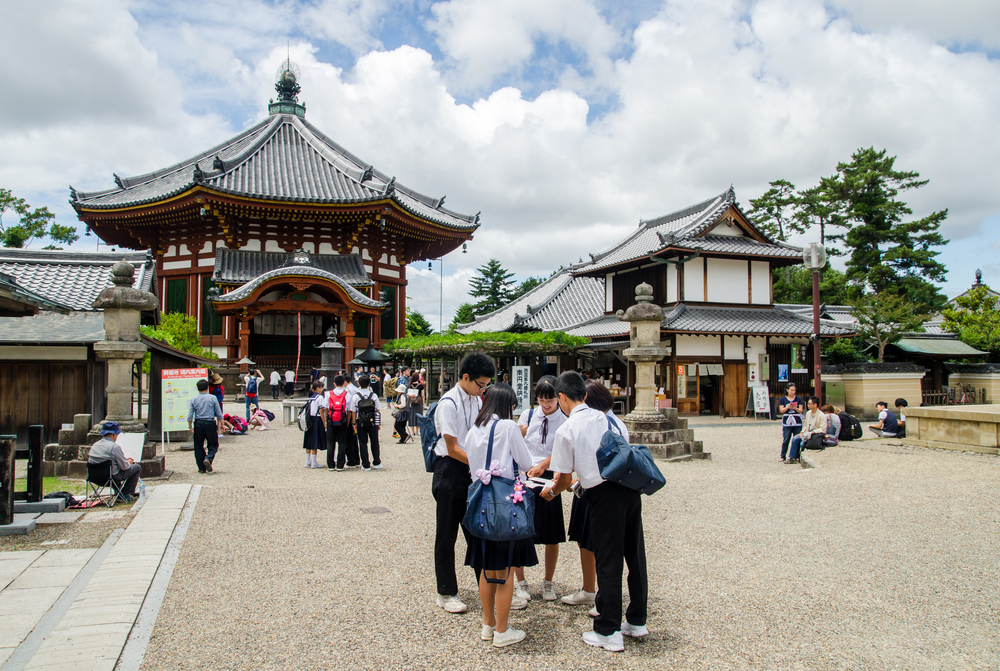 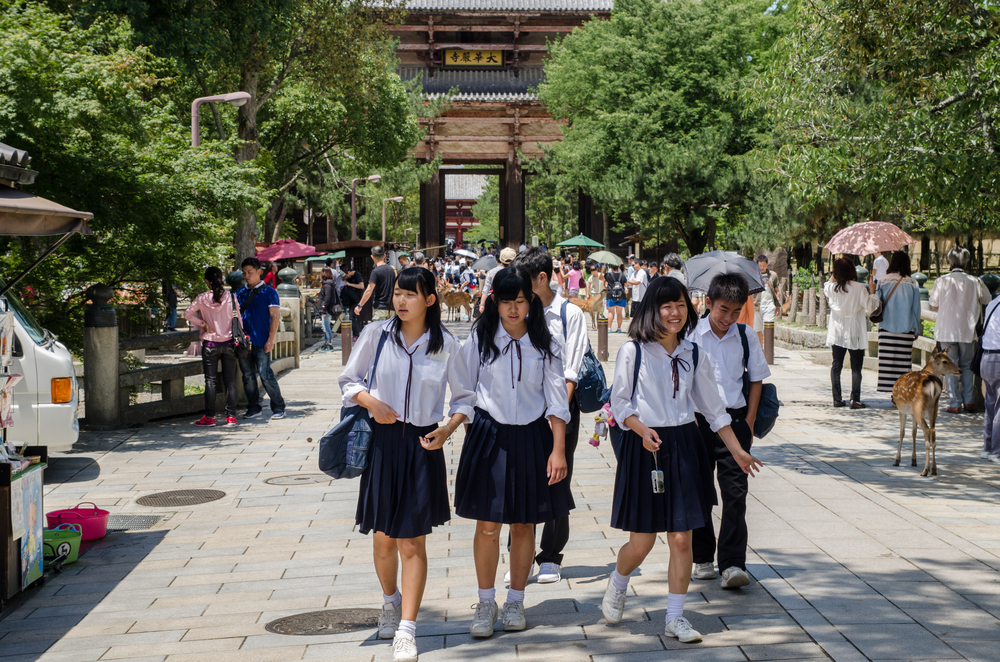 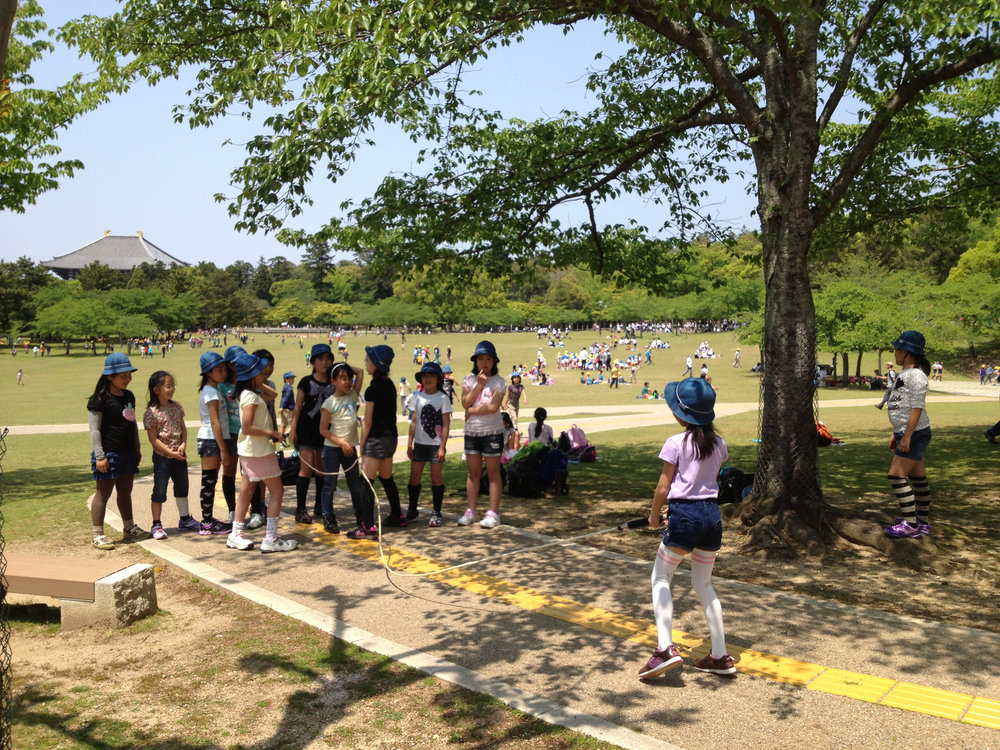 NARA,JAPAN – MAY 9 : Unidentified Japanese students take a field trip to Nara, Every students must wear a colorful hat when stay outside the school on May 9,2013 in Nara, Japan  (SeeWorld88 / Shutterstock) 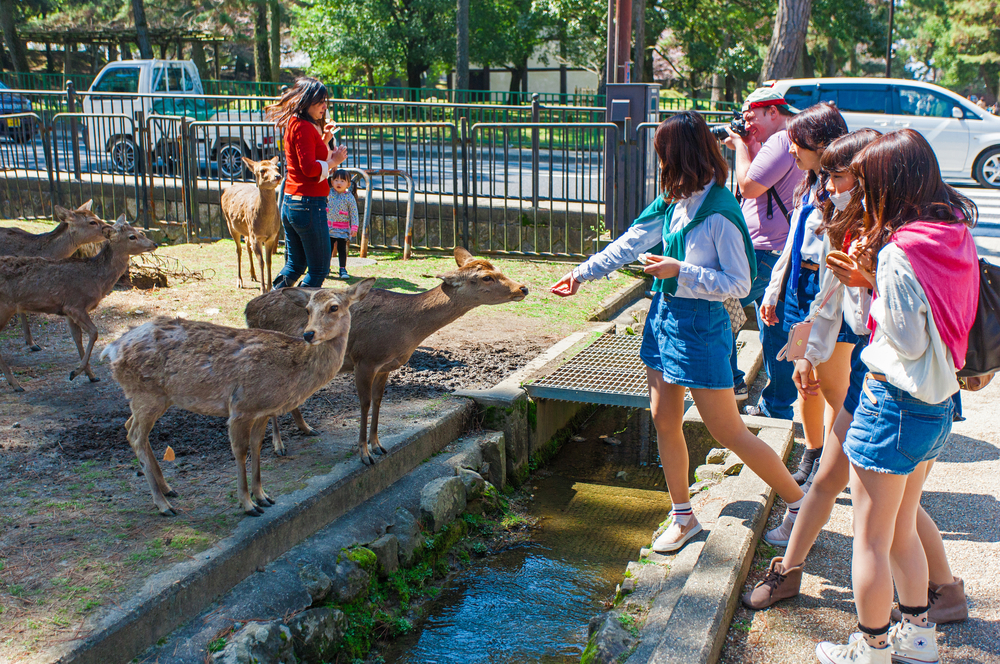 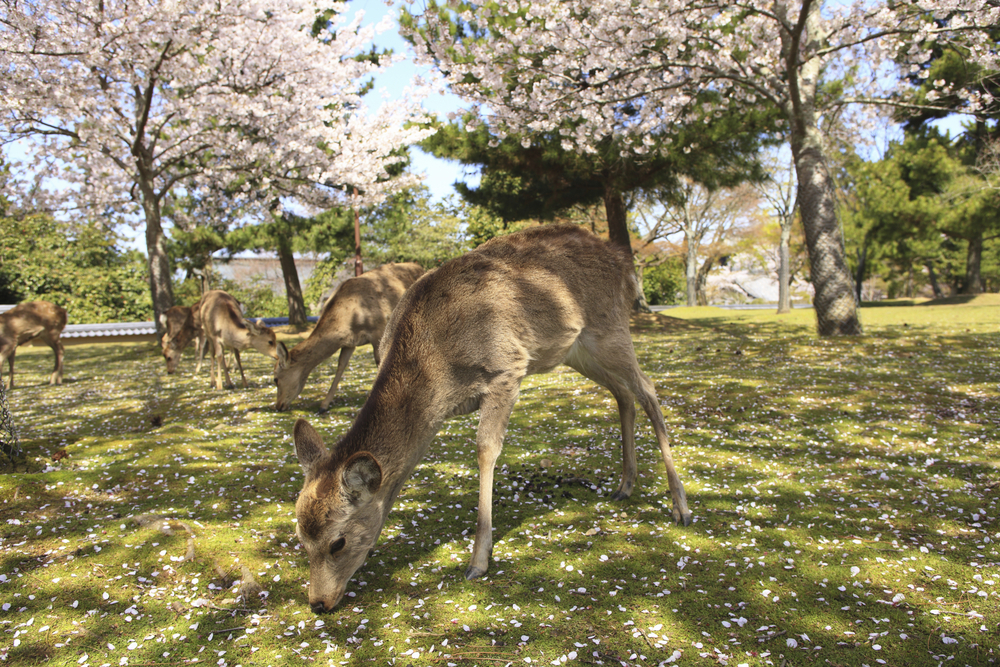 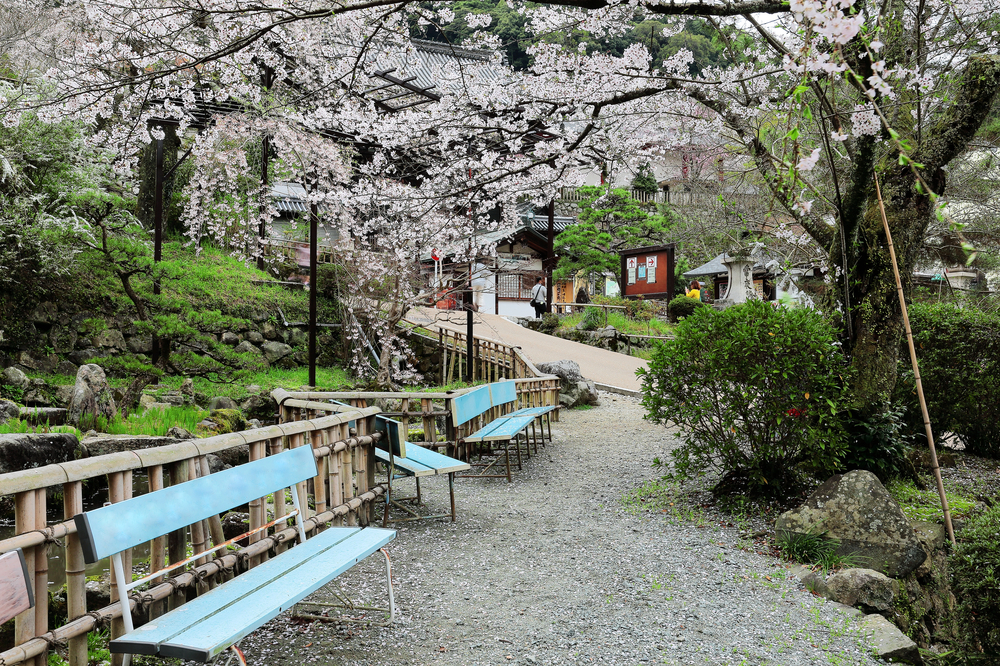 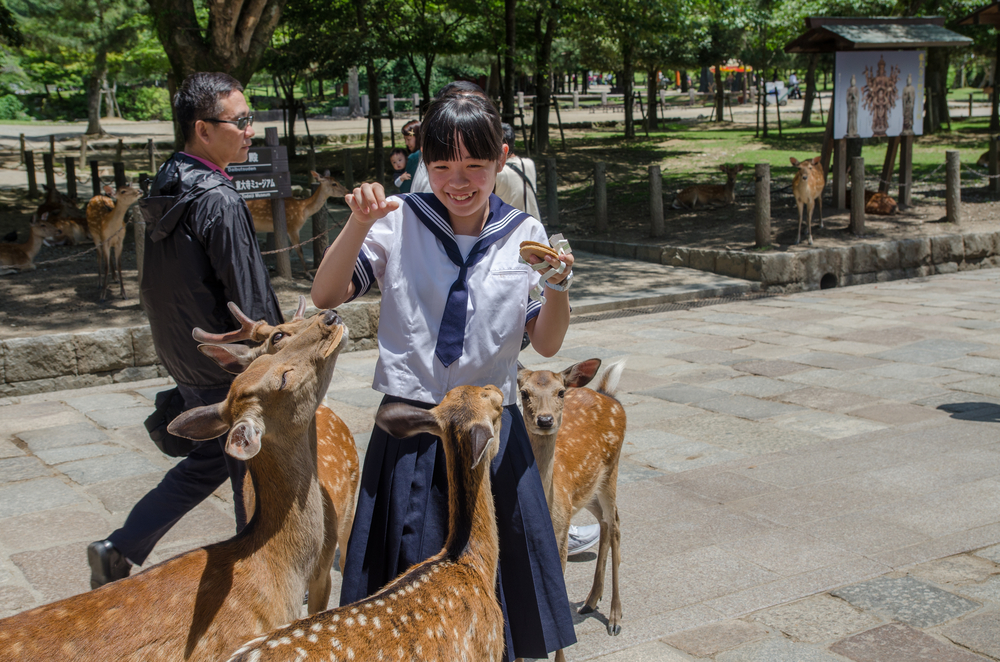 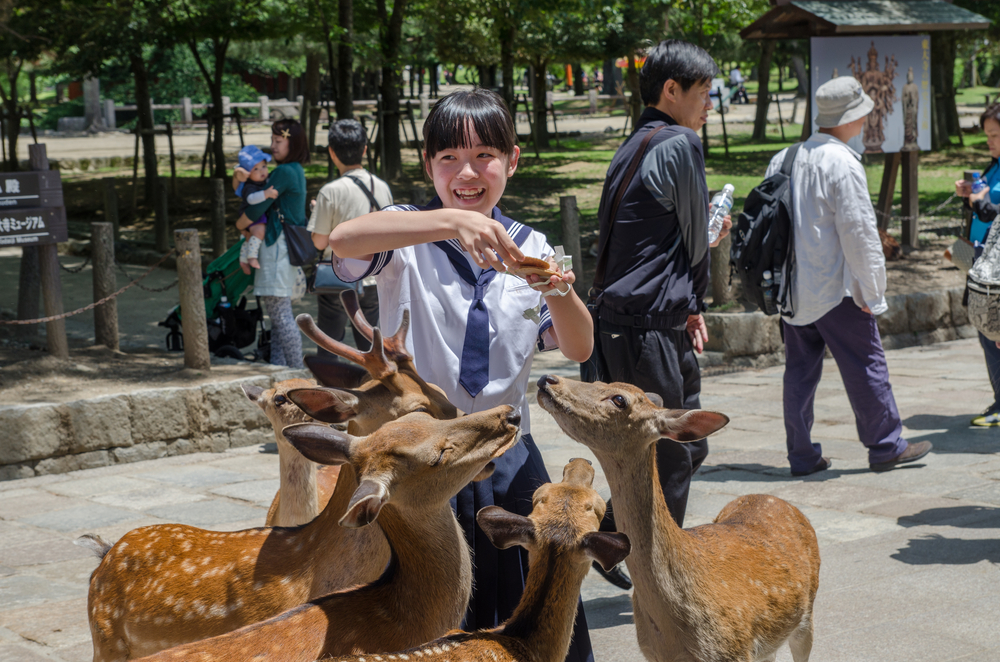 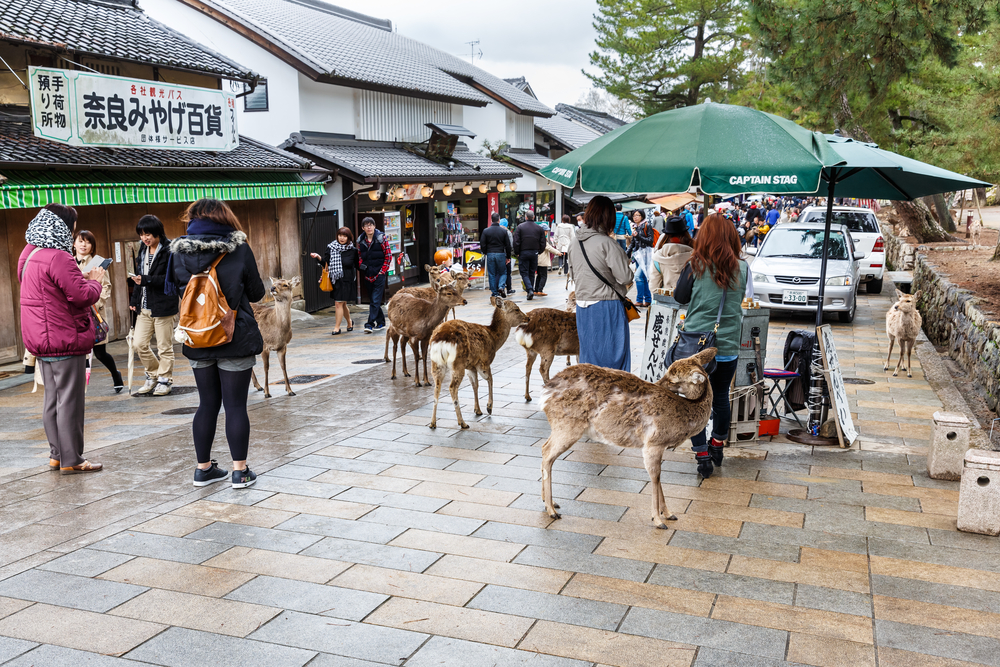 NARA, JAPAN – APRIL 6: Tourists and wild deer in Nara on April 6, 2014. The deer in Nara have been regarded as heavenly animals, protecting the city and the country.  (Tooykrub / Shutterstock) 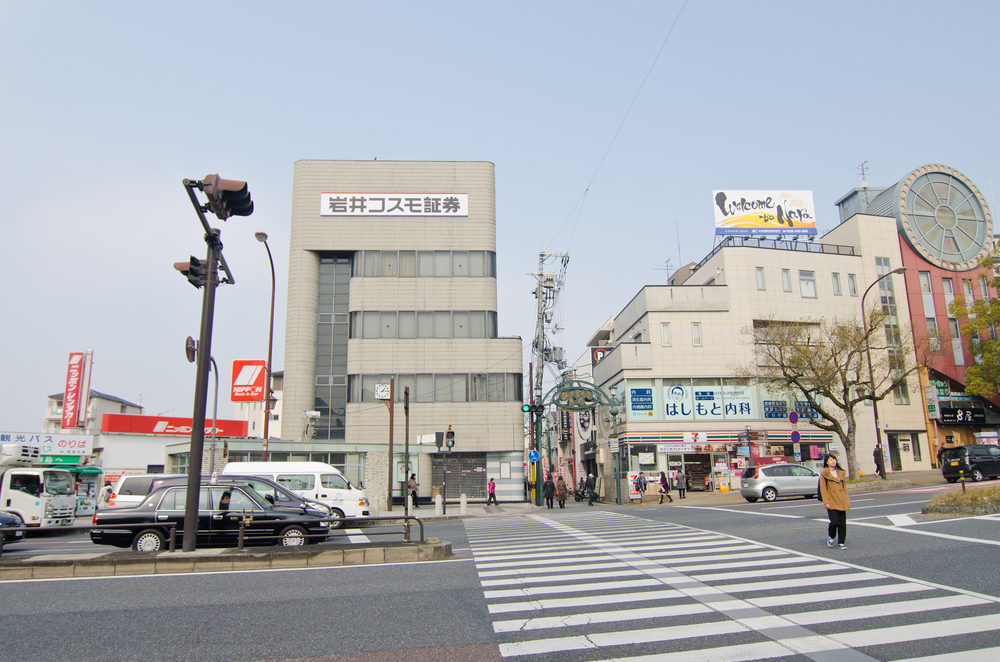 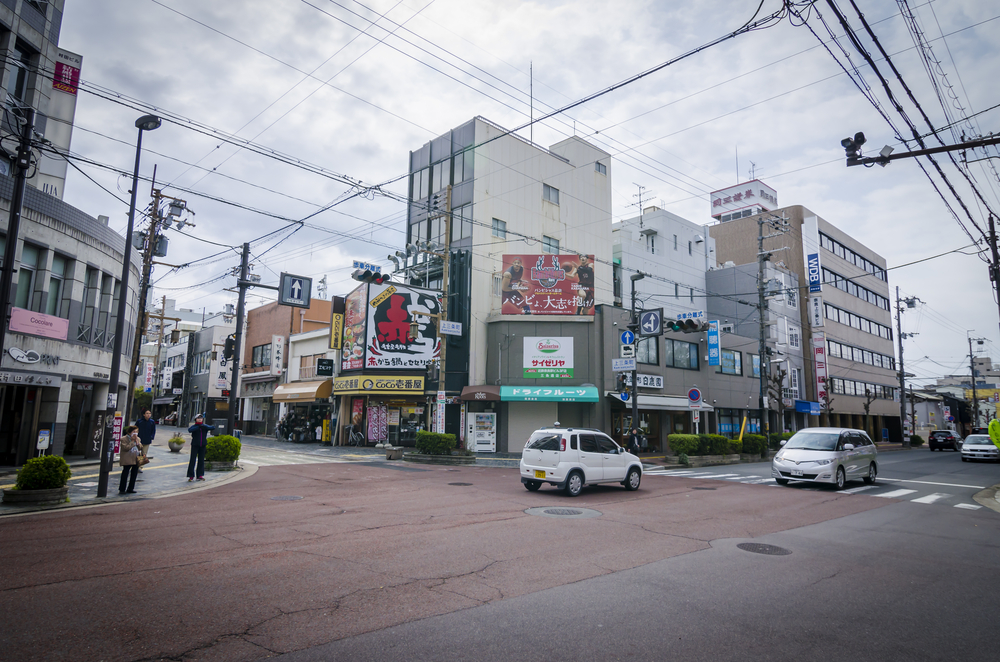 NARA, JAPAN – April 5: Sanjo Dori avenue is the most important street in Nara . It pass through many important place , restaurant and shop ,Japan on April 5, 2014.  (Korkusung / Shutterstock) 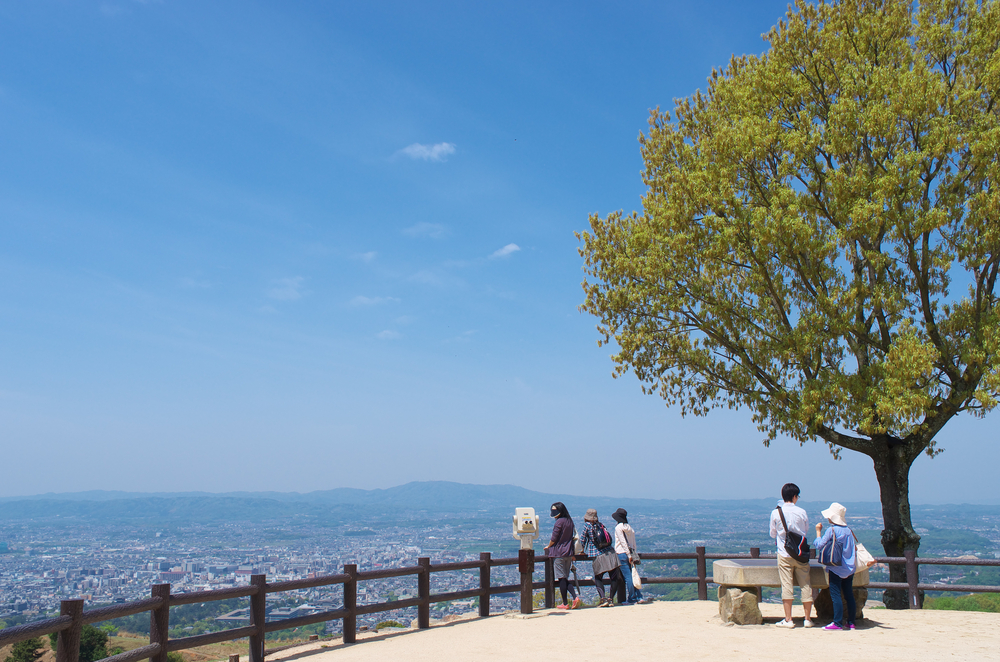 NARA,JAPAN – APR. 29 : Tourists looking out at Nara cityscape from the top of Mt.Wakakusa on April 29, 2012 in Nara, Nara prefecture, Japan. Mt.Wakakusa is 342 meters height.  (stock_shot / Shutterstock) 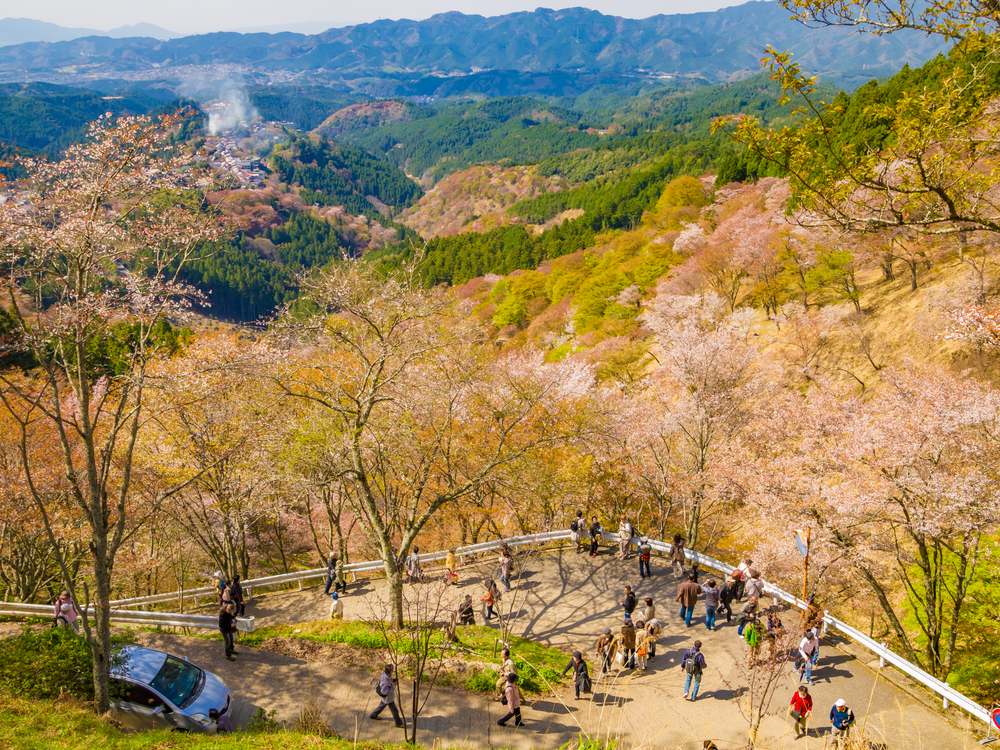 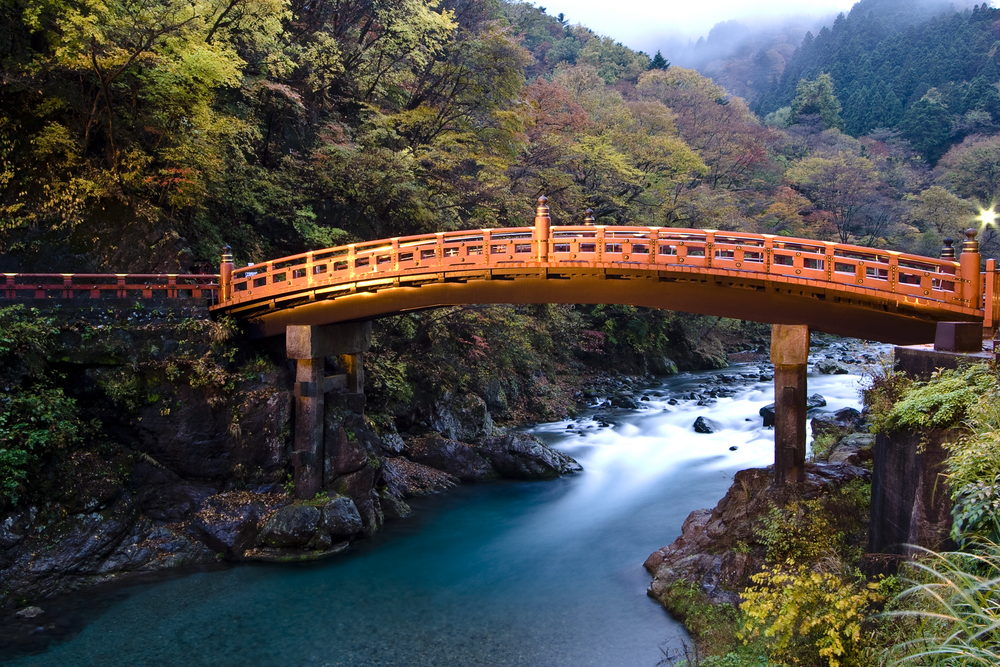 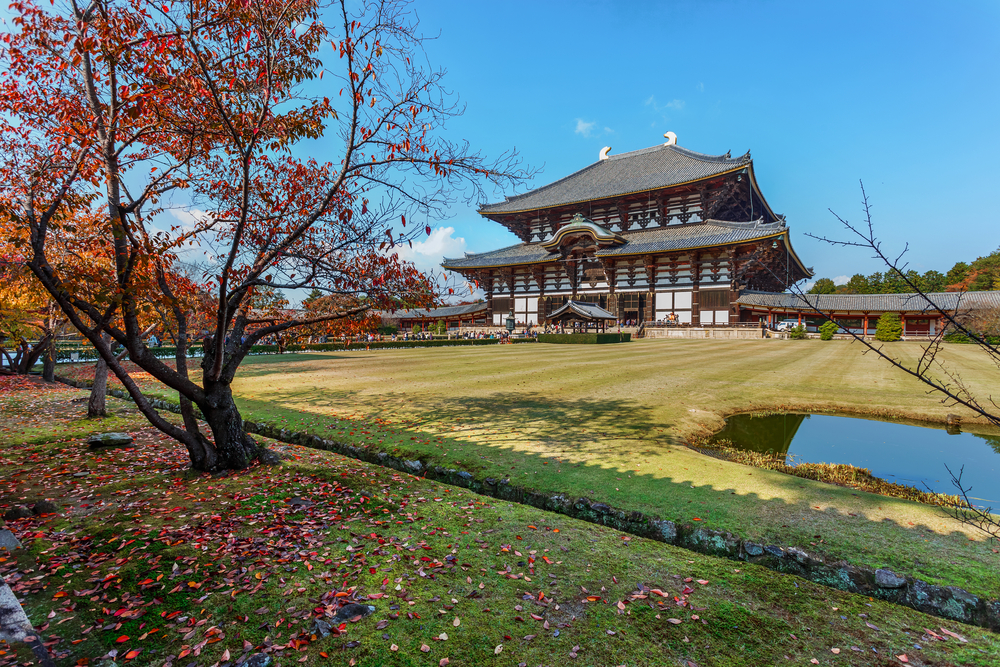 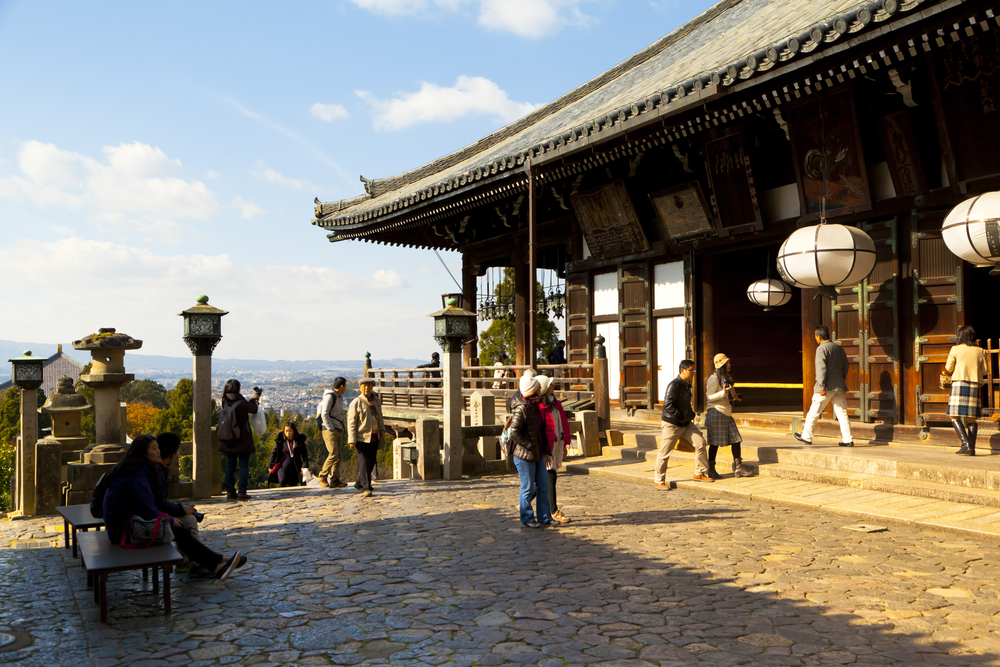 NARA, JAPAN – DEC 5 : Hall of the Great Buddha at Todaiji Nigatsudo Shrine in Nara, Japan on December 5, 2015. Nigatsu-do was founded by a monk by the name of Sanetada in 752.  (ben bryant / Shutterstock) 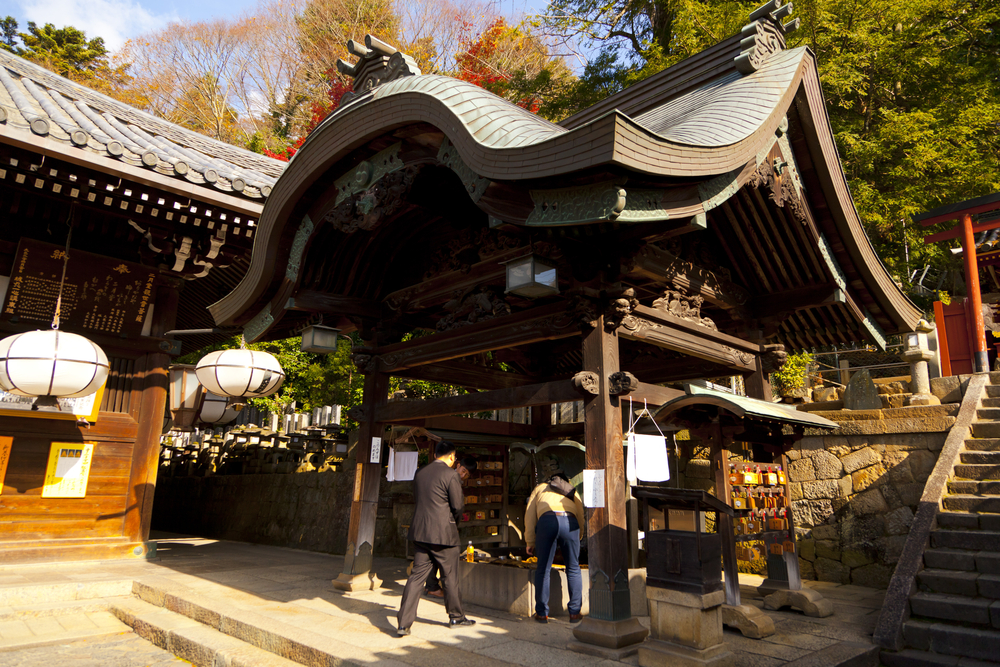 NARA, JAPAN – DEC 5 : People praying at Todaiji Nigatsudo Shrine in Nara, Japan on December 5, 2015. Nigatsu-do was founded by a monk by the name of Sanetada in 752.  (ben bryant / Shutterstock) 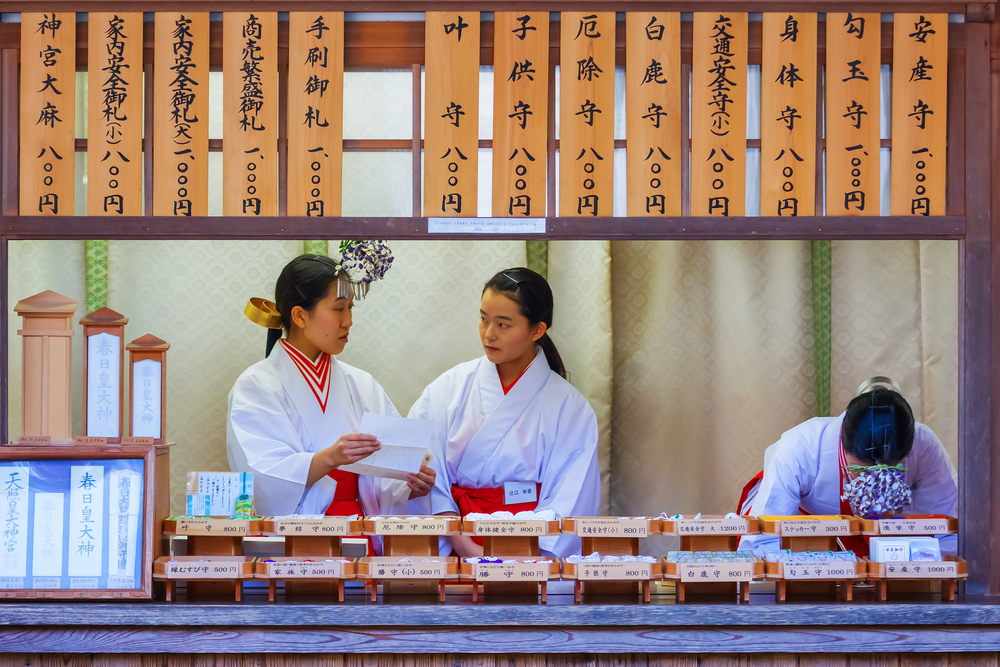 NARA, JAPAN – NOVEMBER 16: Shrine maiden in Nara, Japan on November 16, 2013. Unidentified “Miko” at Kasauga Taisha shrine are in a counter selling wide variety of charms that made by the shrine  (cowardlion / Shutterstock) 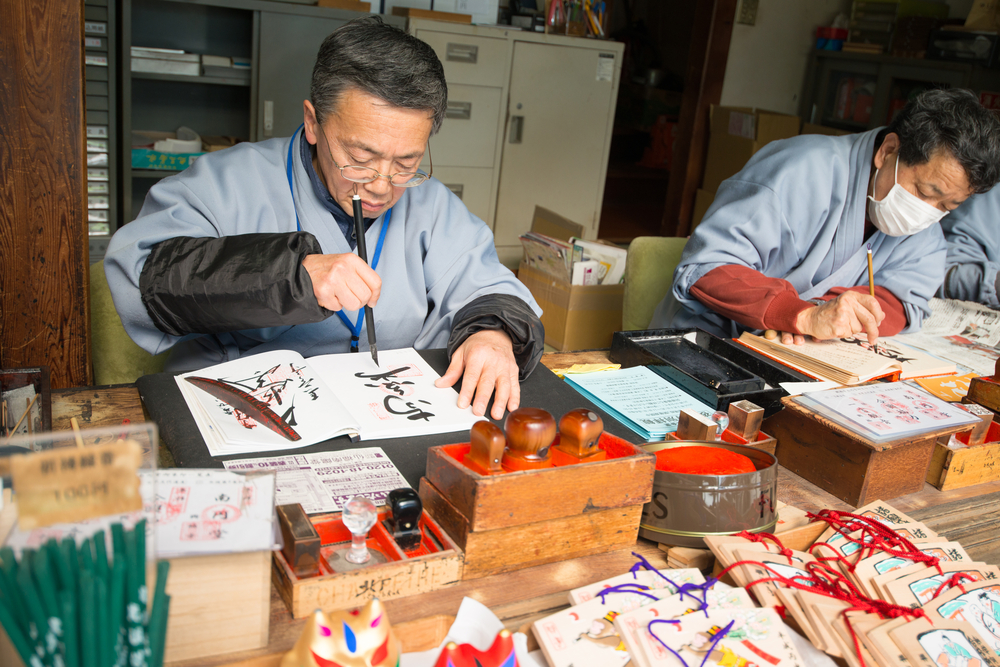 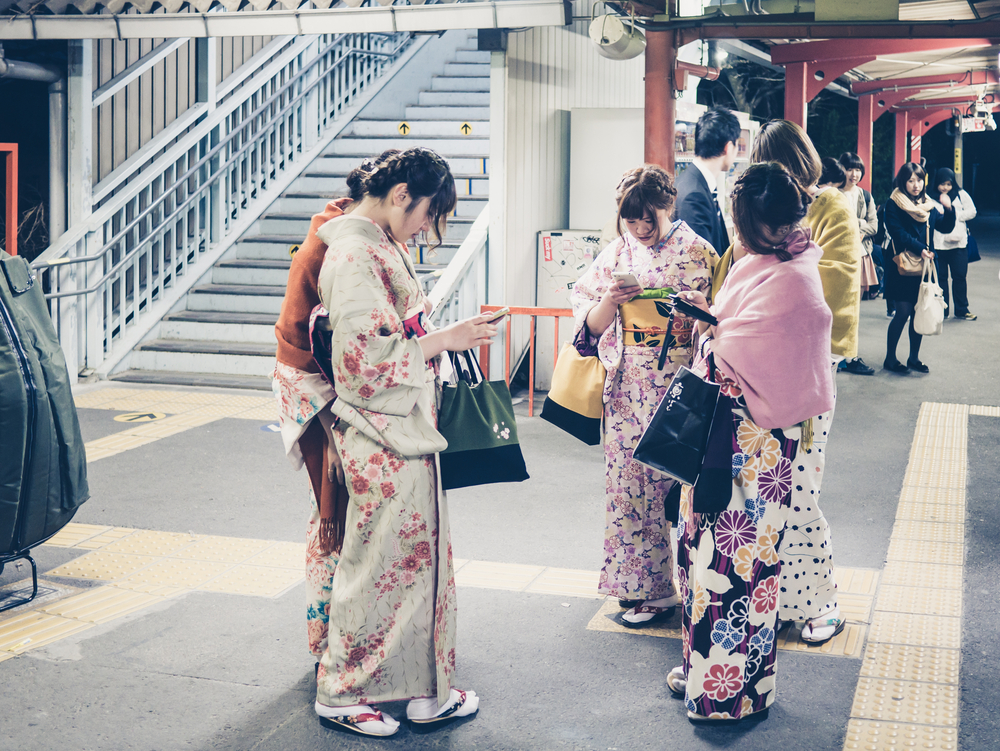 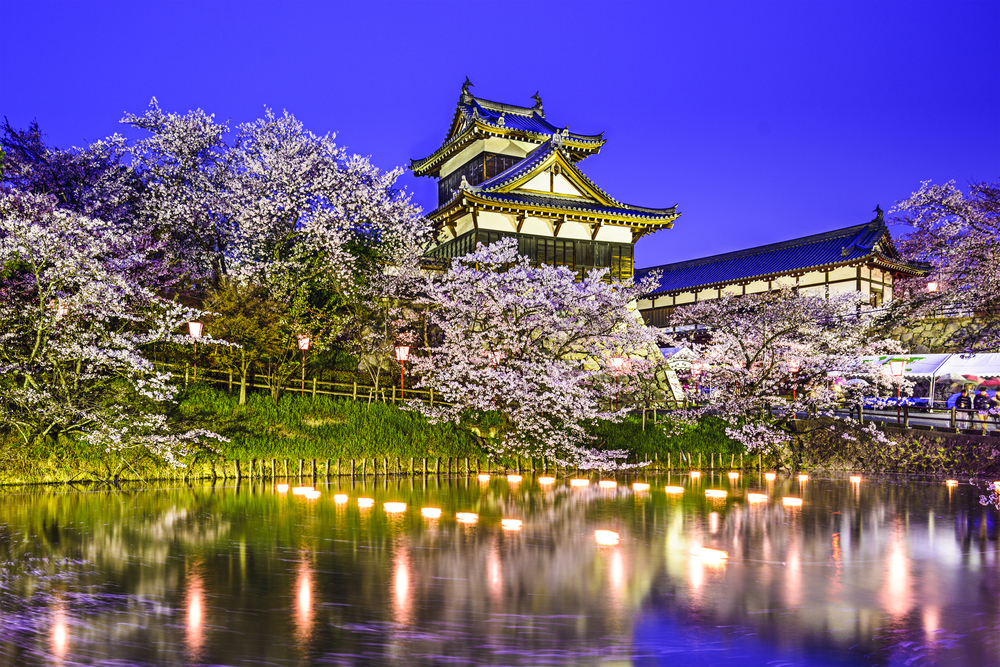 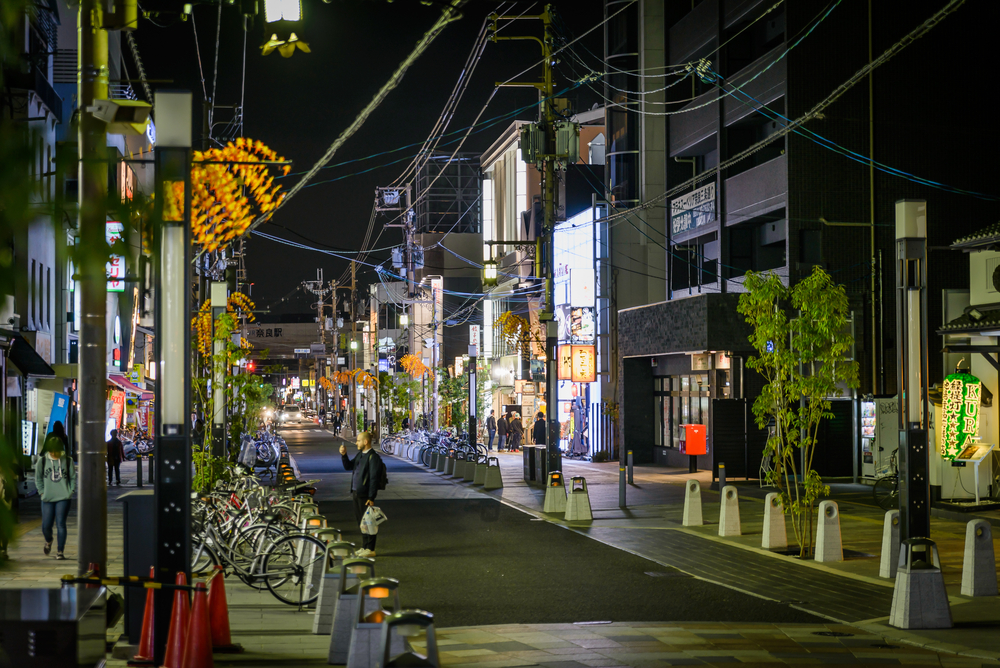 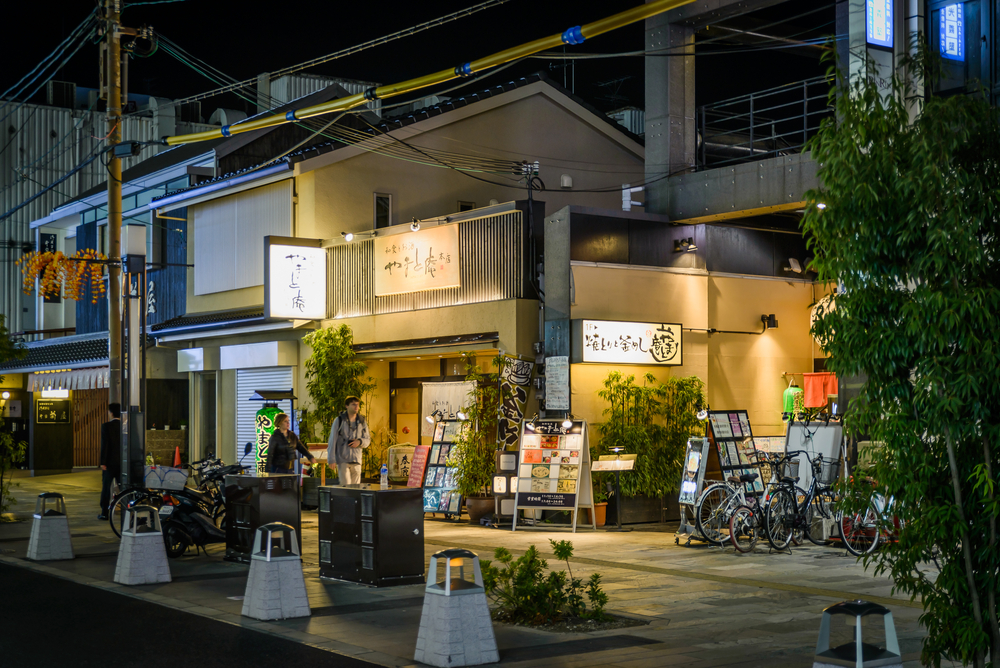 Nara – The First Capital of Japan
By Nagib Georges Araman

Nara is one of the most important historical cities of Japan. Aside from being the country’s first permanent capital, it is also home not only one but eight UNESCO World Heritage Sites. In addition, it holds the most number of buildings designated as National Treasures of the country. Despite its prized possessions, it does not receive as much tourist attention as its culturally rich neighbor Kyoto. Nevertheless, Nara is a shining jewel that is worth visiting especially if you are exploring Japan’s Kansai’s region.

One of the remarkable landmarks in Nara is the Daibutsu, also known as the Great Buddha. Located inside the high temple of Todai-ji, the Great Buddha is indeed a very impressive site. Considered to be one of the world’s largest wooden structures, Todai-ji Temple is one of the main draws in Nara. It welcomes visitors daily from 8:00am to 5:00pm.

Another UNESCO heritage designated site that impresses and fascinates visitors is the Horyu-ji pagoda. Possessing five levels, this is the country’s oldest pagoda and the oldest surviving extant wooden building in the world. One excellent features of Horyu-ji is the Golden Hall or Kon-do, whose origins date back around 670 AD.

If you want to explore more temples and pagodas, then make your way to the 600-year old Kofuki-ji Temple, which also features five floors. It is the second tallest pagoda in the country, standing at about 50 meters. The original temple came from Kyoto, but was moved here during the 8th century. The Kofukuji Pagoda is a symbol of resilience in Nara as it had been reconstructed and exists today despite being burned down 5 times through history. The pagoda is open daily for visitors, from 9:00am – 5:00pm

Like most of Nara’s prominent landmarks, you can find Kofuki-ji and Todai-ji inside the Nara-koen Park. If there is only one place in Nara that your time permits you to visit, it should definitely be Nara-koen (Nara Park). The park makes a great hiking destination because of its wide green space. But it is not going to be a strenuous hike, as you can actually stroll leisurely around the grassy park.

Nara Park is home to the mercenary deer or Sika Deer, so don’t be surprised if you see several during your stroll. The deer population is highly respected because according the legends, they are protected envoys of the god from Kashima Shrine. These days, tourists are allowed to feed the deer with deer crackers called Shika Senbei. After temple hopping at the park, consider heading to the lively and colorful Higashimuki Shopping Street. Located beside Kintetsu Nara Station, this famous shopping street, which stretches to 250 meters, entertains people with its wide range of shops and restaurants.

Nara City is so compact that you can explore most of it all within a short time which is why most tourists who base themselves in Kyoto go for a day trip to Nara. This day trip itinerary is made even more convenient because of the excellent express train service linking both cities. The journey to Nara from Kyoto usually takes less than hour via the Miyakoji rapid service. The other interesting parts of the city include the western section called Nishinokyo and southwest section called Ikaruga.