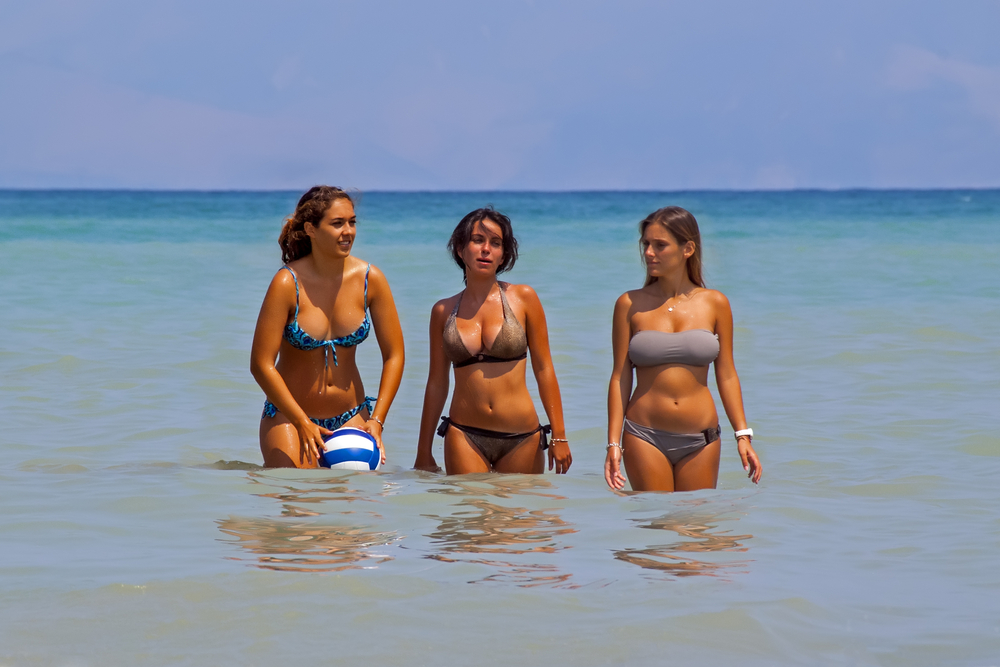 Corfu can refer to either the island itself or the main city in Greece.  Whitewashed houses decorate the sunny island off the Albanian coast.  The island is also called Kerkyra in Greek, and has plentiful Byzantine churches, dynamic nightlife and Venetian fortresses, all contributing to the popularity of the Ionian island.  The town has 37,000 people and is heavily influenced by the British, French and Greek culture, which help shape the outlook of the streets of the new town. 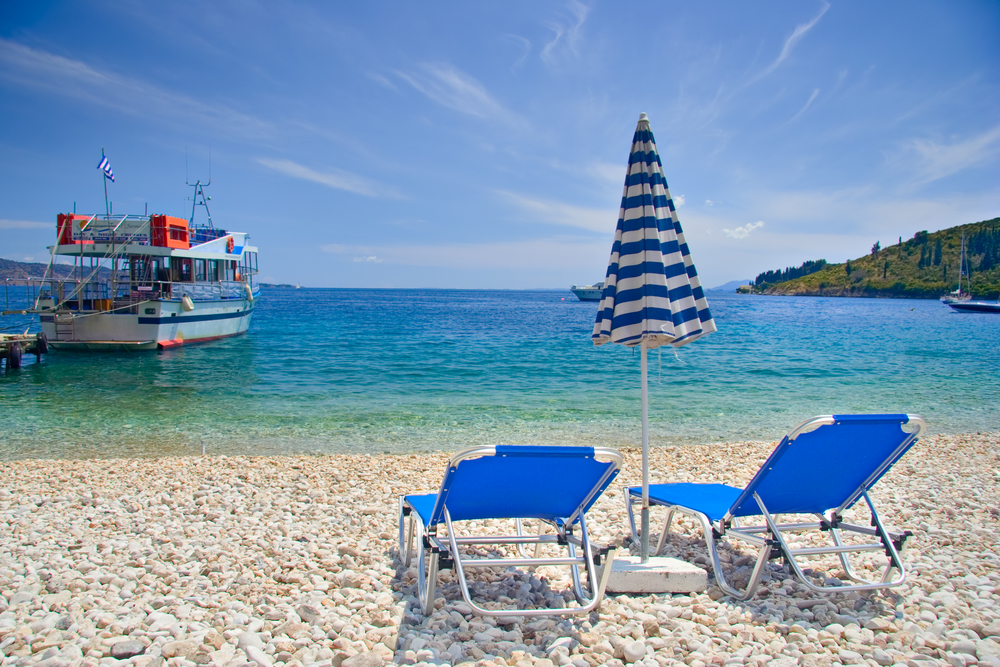 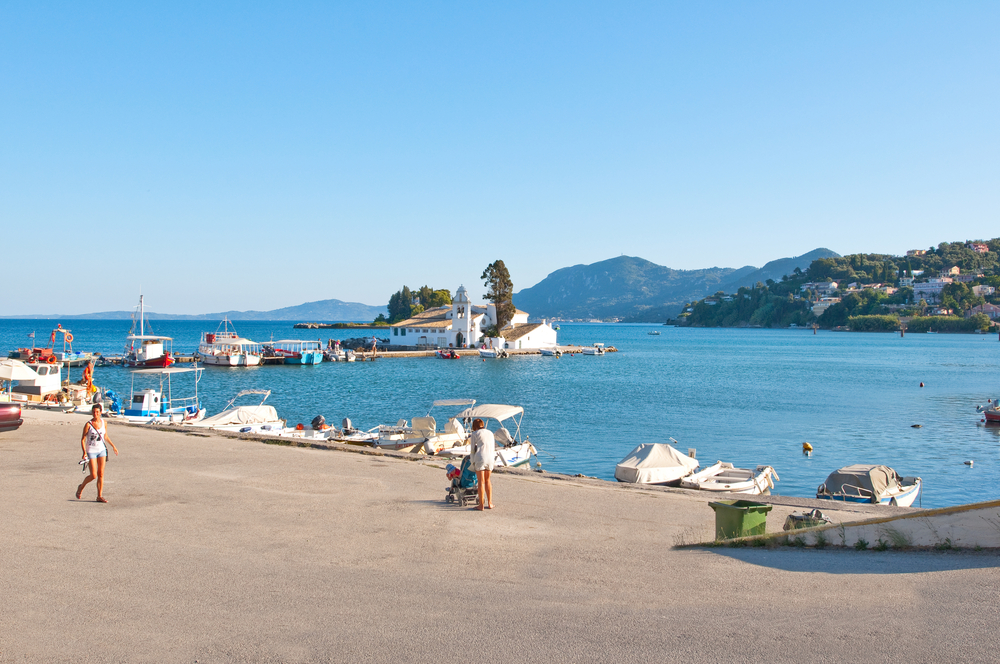 CORFU-AUGUST 22: Vlacheraina monastery and Pontikonisi Island in the distance on August 22,2014 on the island of Corfu, Greece.  (lornet / Shutterstock)

A view of a church and mouse island on Corfu, Greece  (Copyright: Ljupco Smokovski) 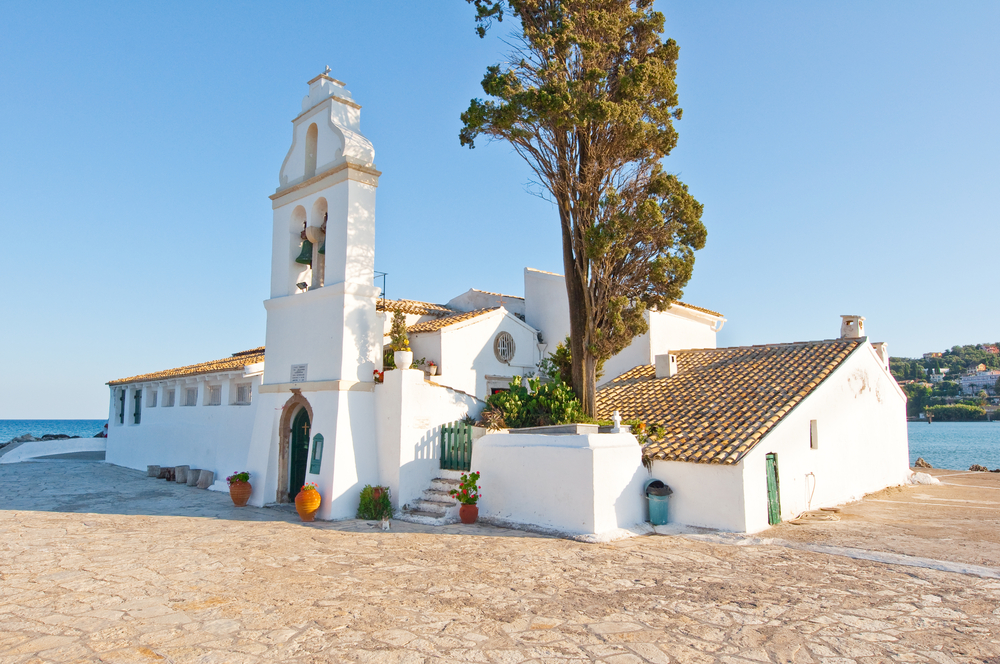 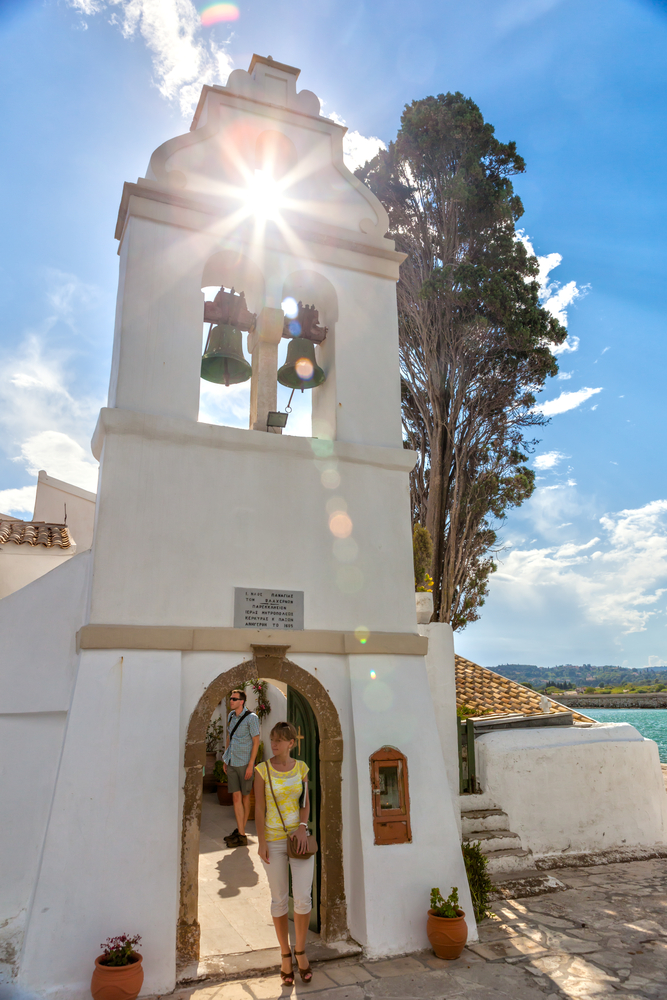 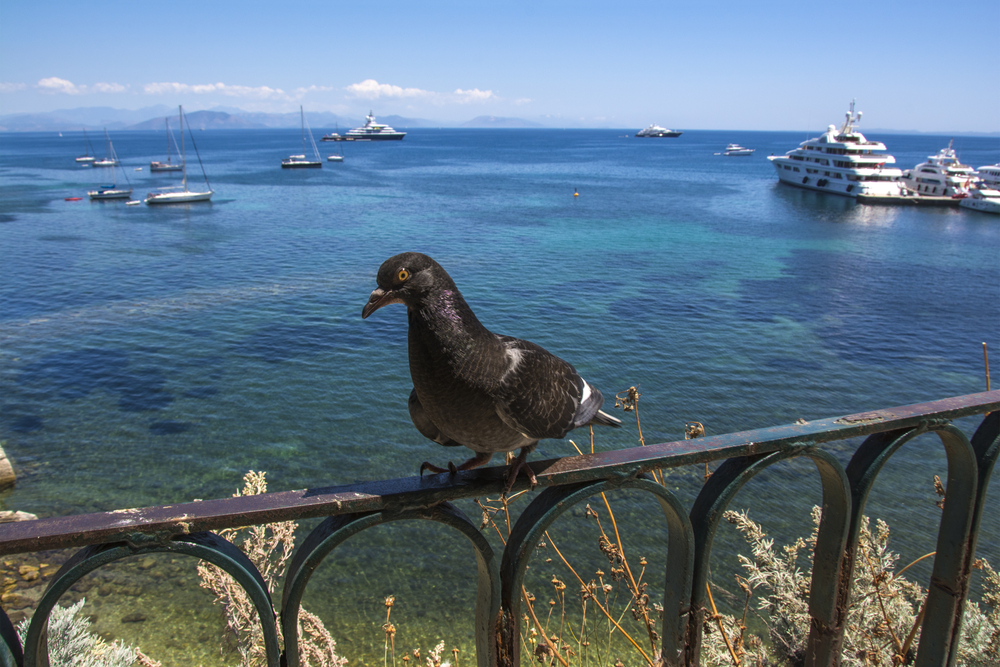 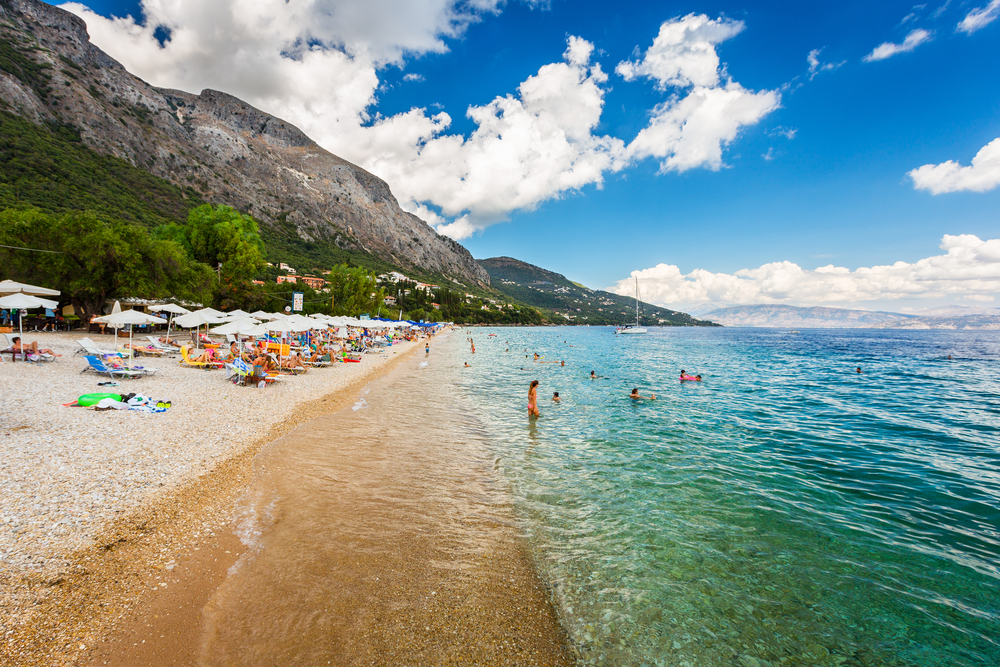 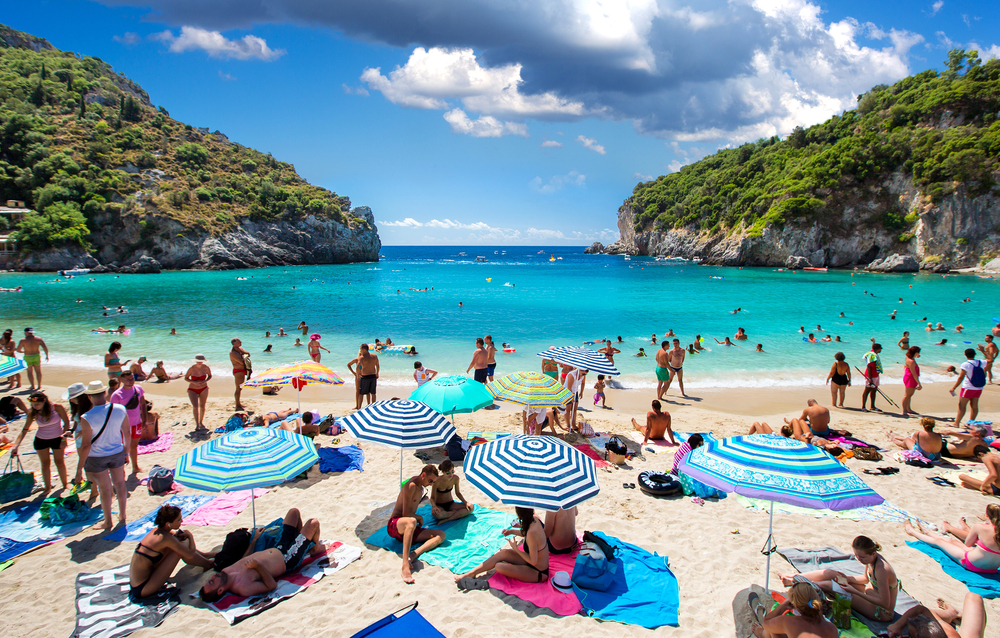 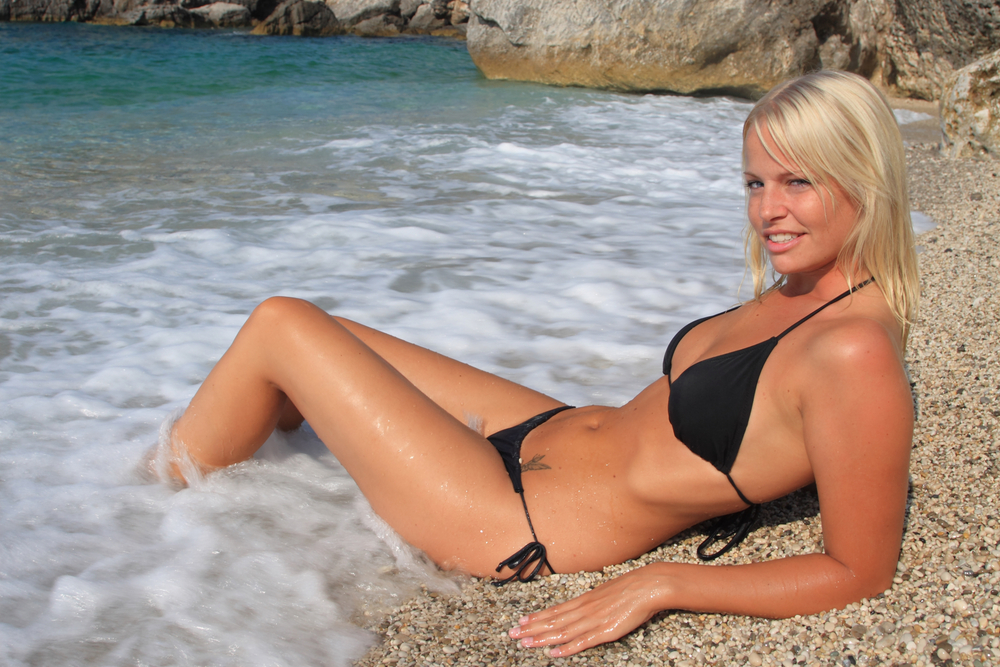 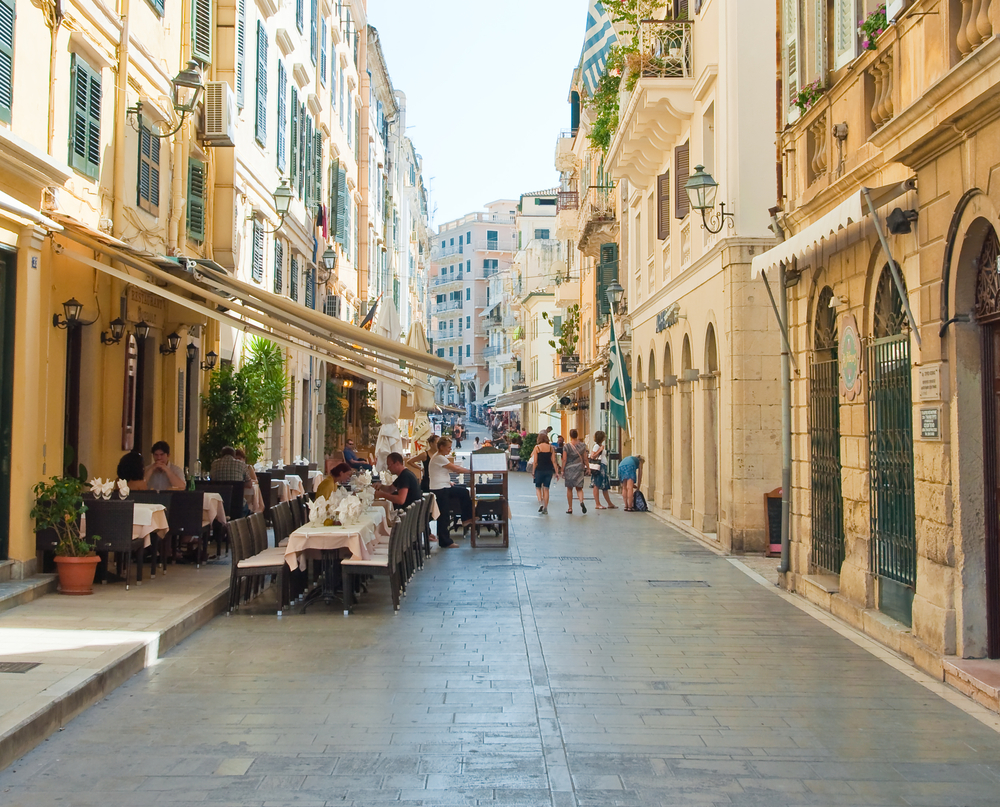 CORFU-AUGUST 22: Venetian architecture in Kerkyra city with the row of local restaurants on August 22, 2014 on Corfu island, Greece.  (lornet / Shutterstock) 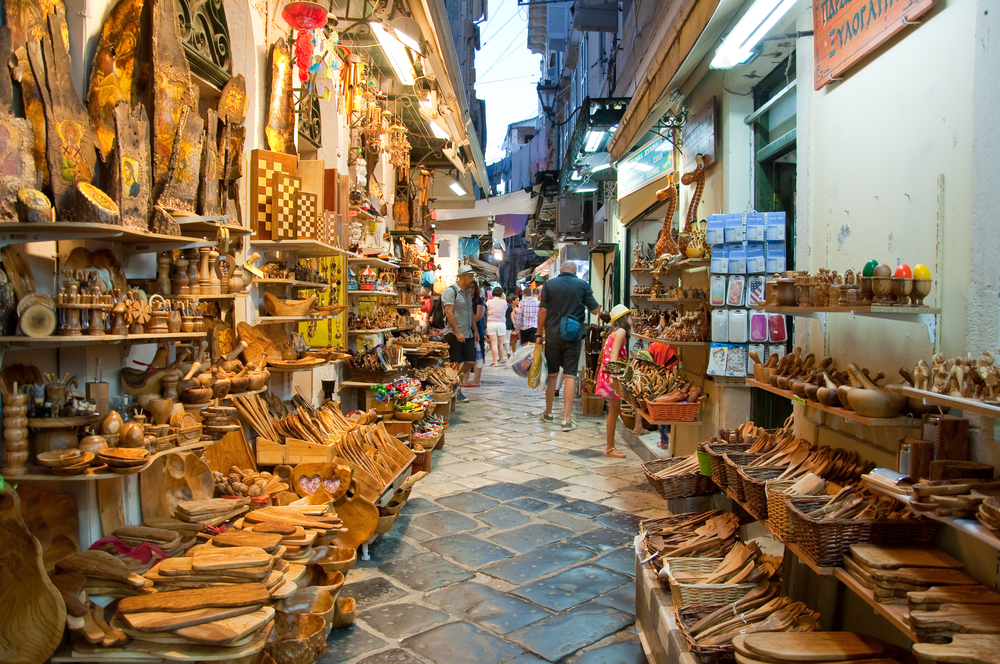 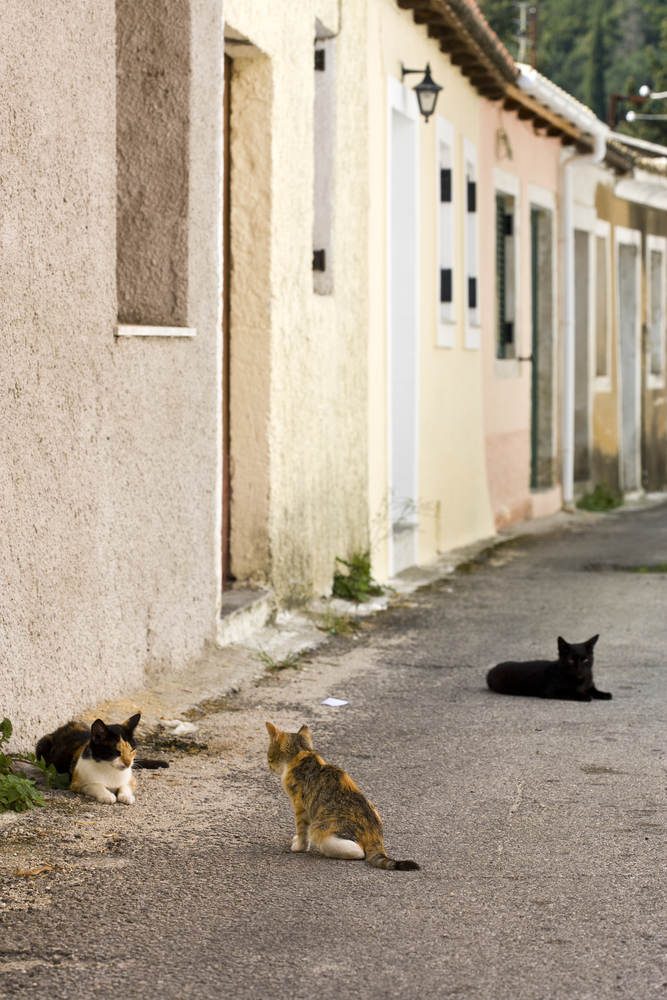 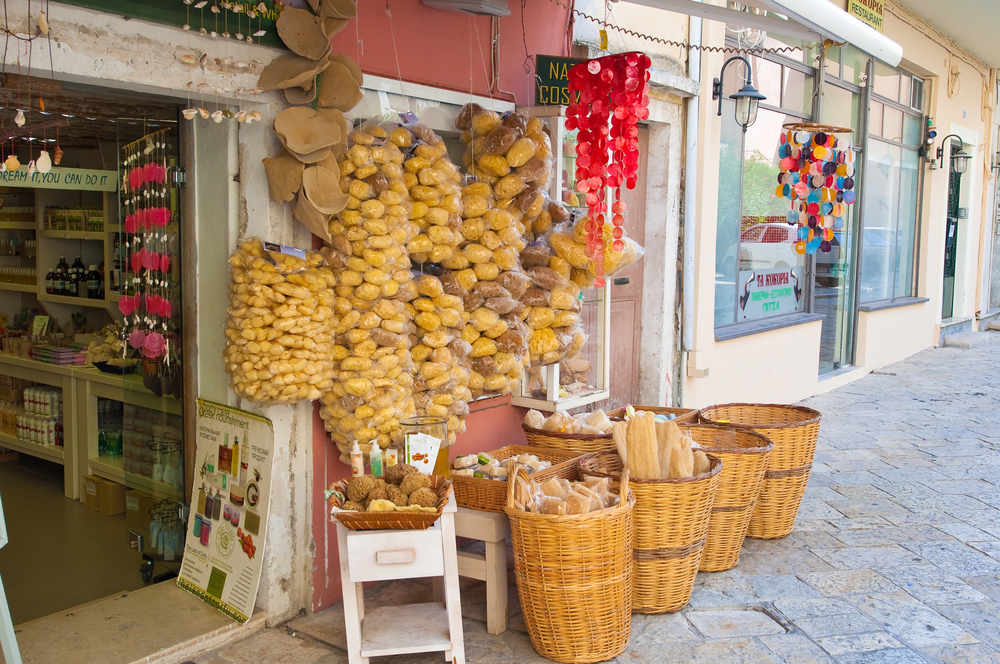 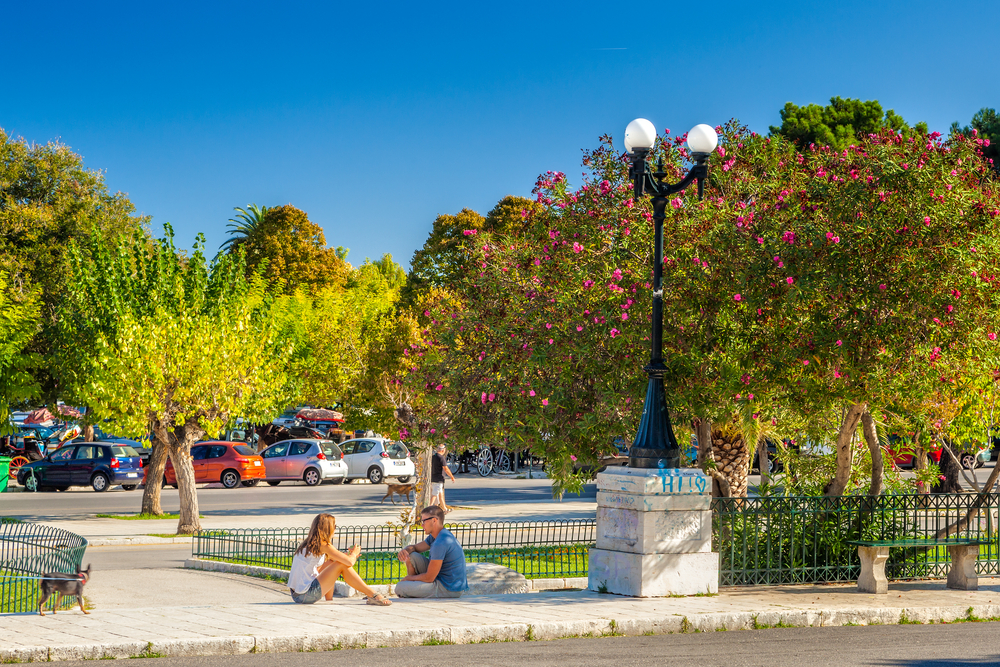 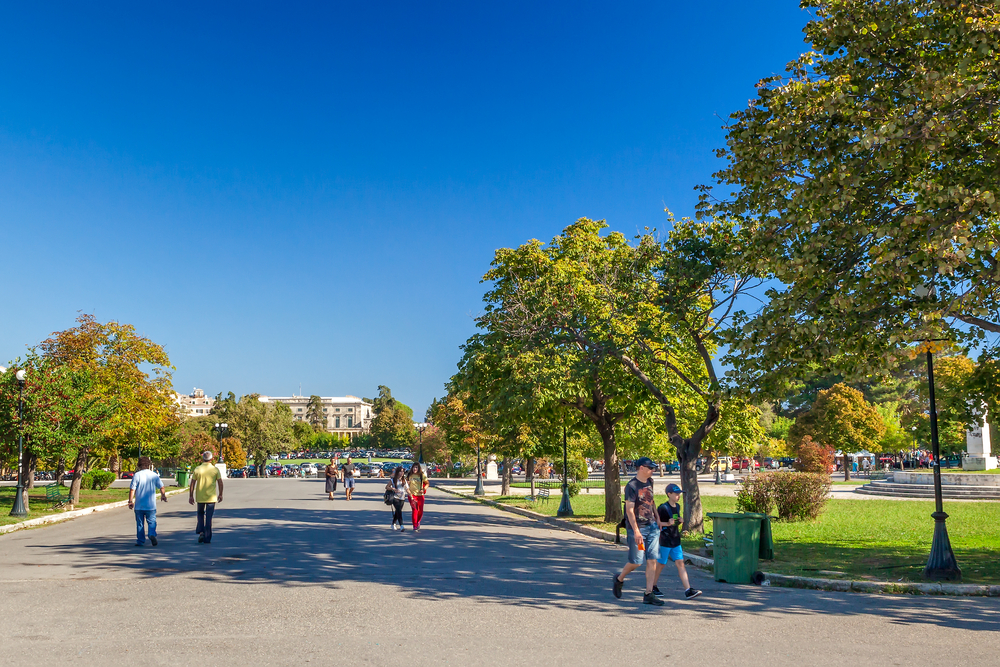 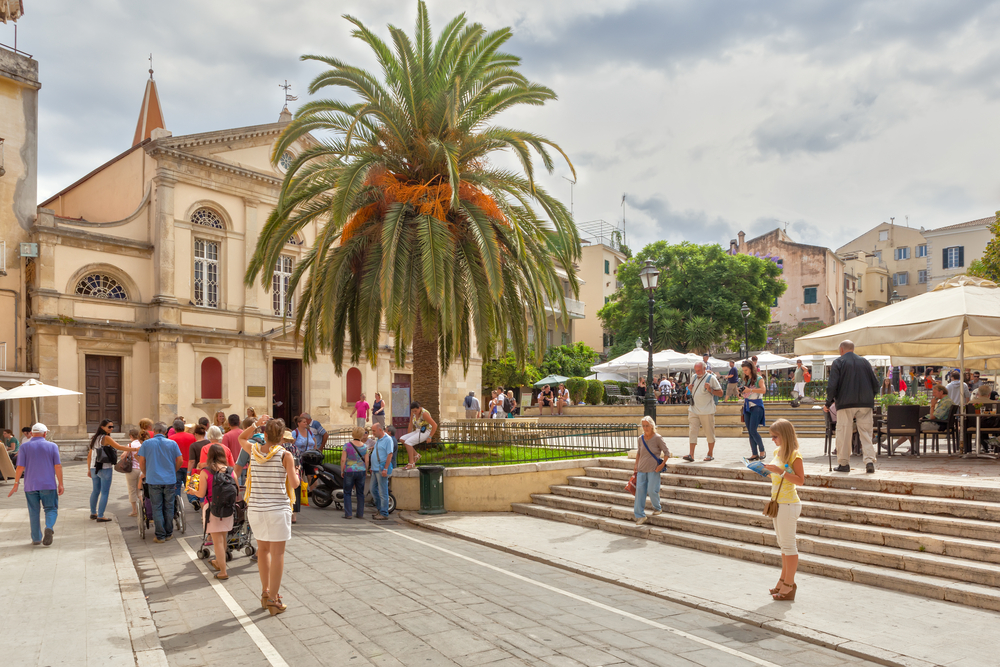 KERKYRA, GREECE – SEPTEMPER 19 2013: Tourists walking at the city center looking to the old churches and historical buildings. Also, some sitting and relaxing at cafe on Platia Dimarchiou. (Tony Zelenoff / Shutterstock) 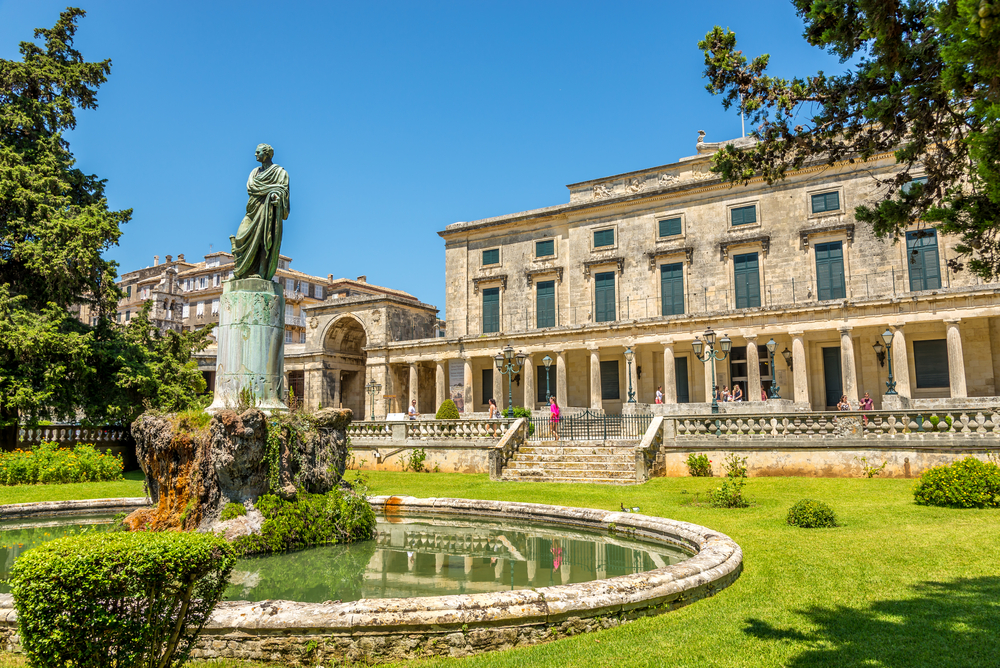 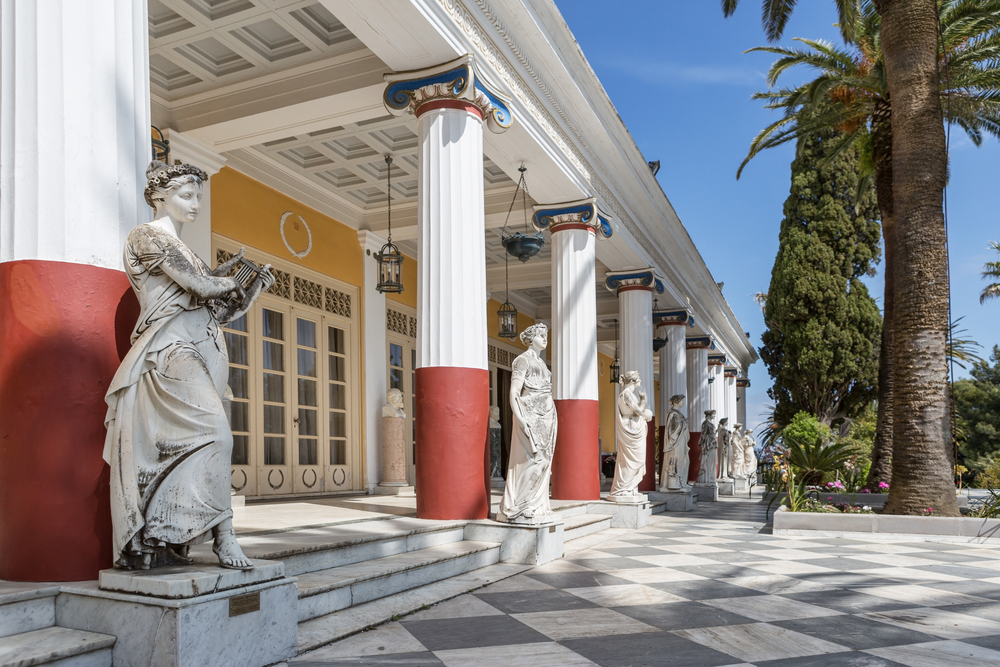 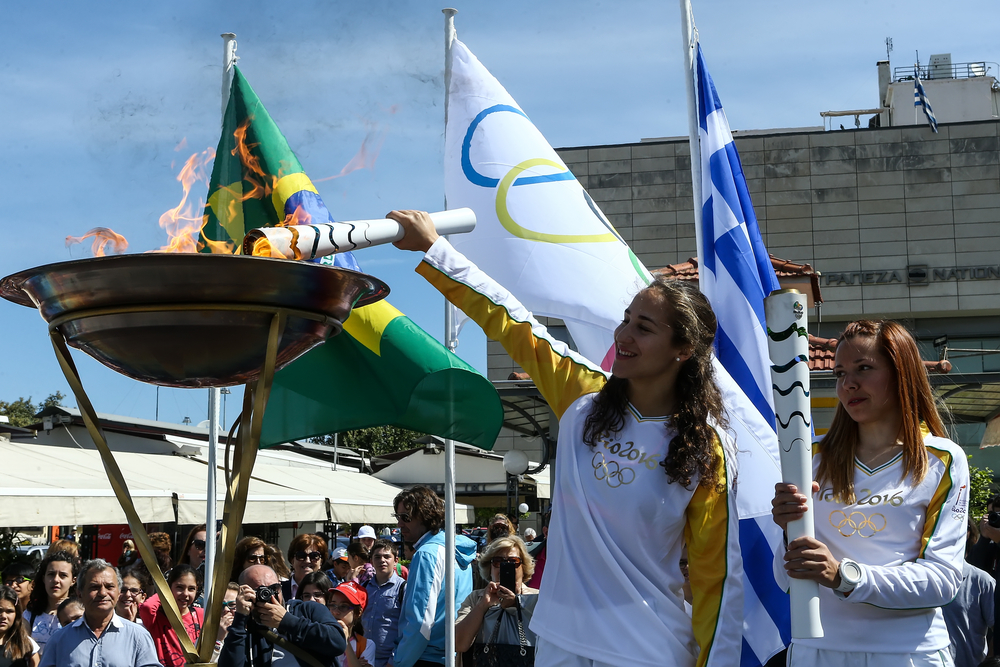 Corfu, Greece – April 22, 2016: Athletes carrying the Olympic Flame on the Torch Relay leg for the Rio 2016, from city to city in Greece  (Ververidis Vasilis / Shutterstock) 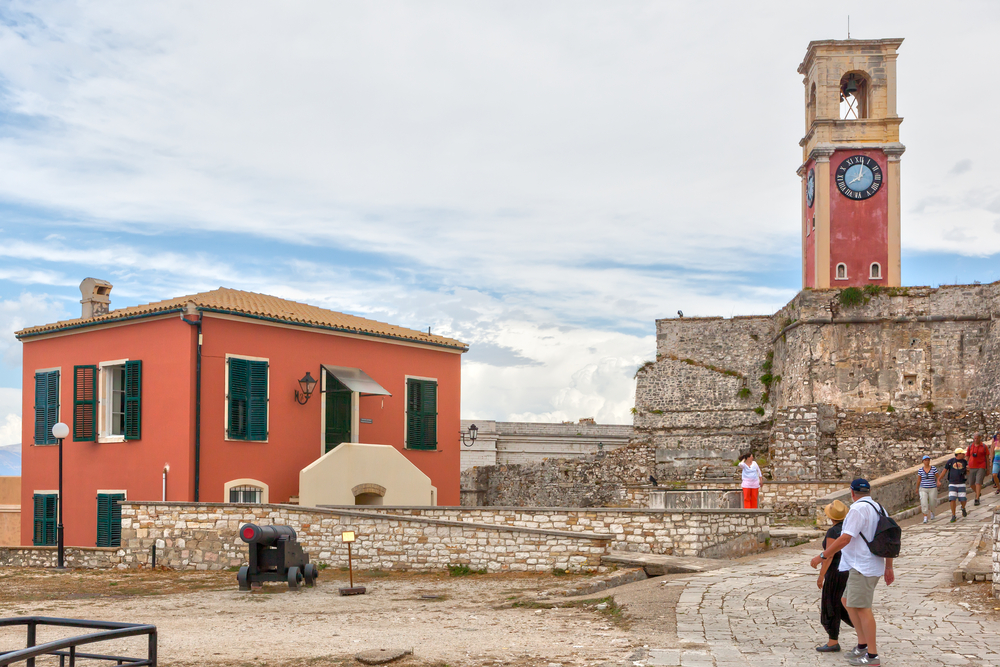 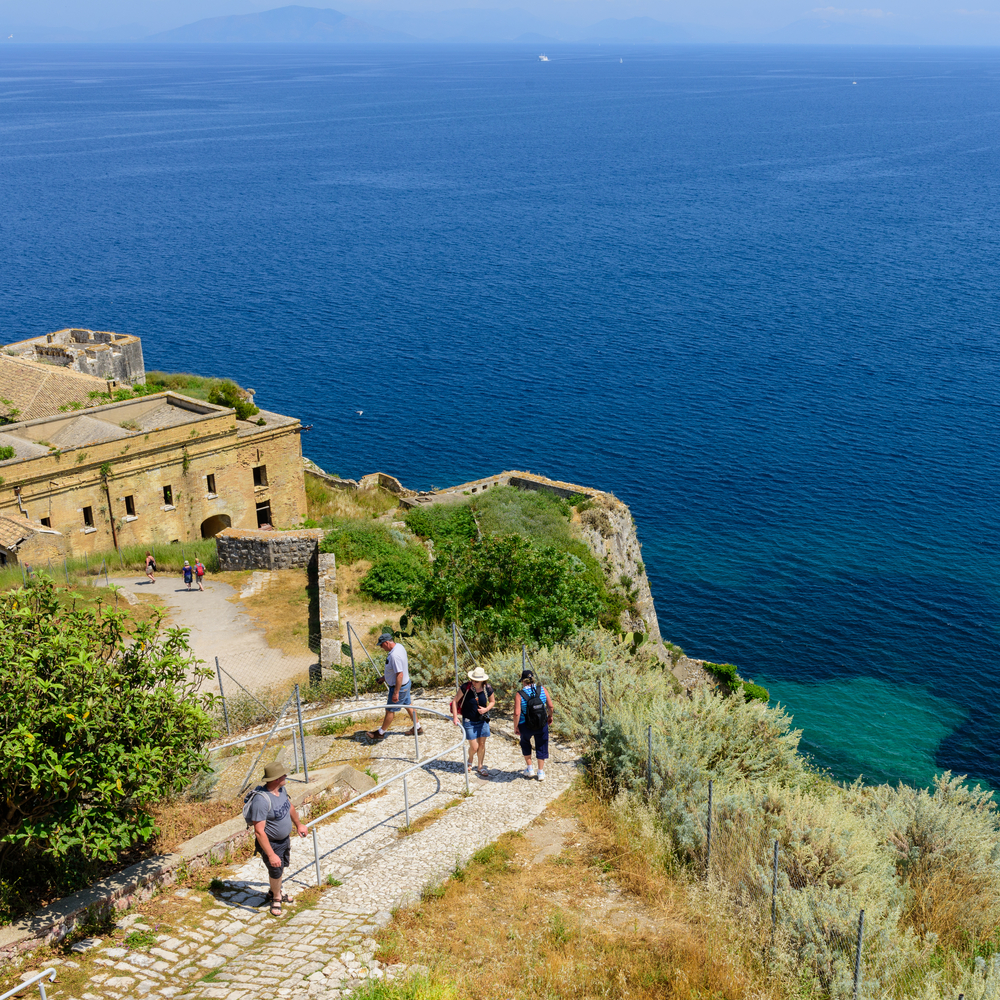 CORFU TOWN, GREECE – MAY 20: tourists walking up to the lighthouse at Old Fortress on May 20, 2015.  (EugeniaSt / Shutterstock)

CORFU TOWN, GREECE – MAY 20: tourists looking at an ancient cannon at Old Fortress on May 20, 2015.  (EugeniaSt / Shutterstock) 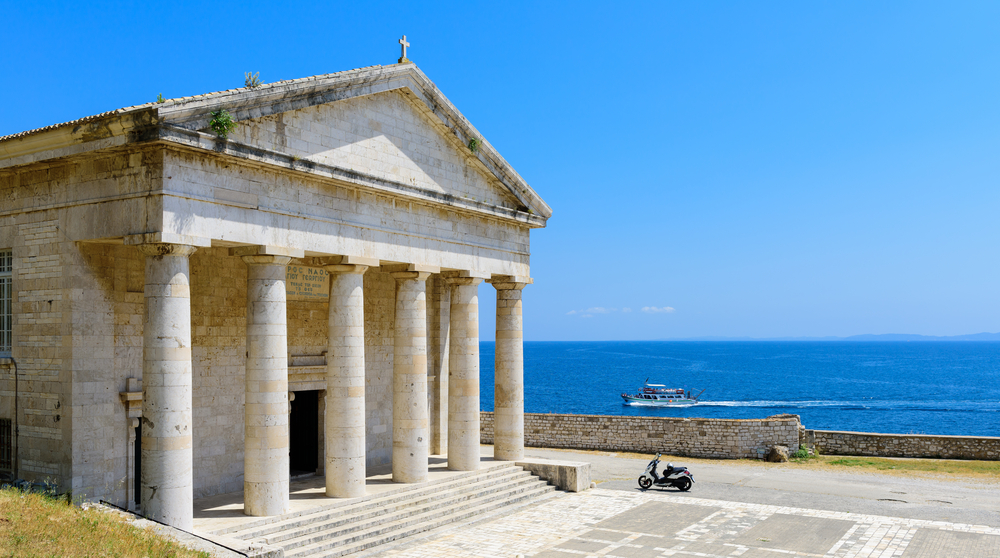 Agios Georgios Church at Corfu Old Fortress with the Ionian sea and a tourist ship at the background, Corfu, Greece.  (Copyright: EugeniaSt) 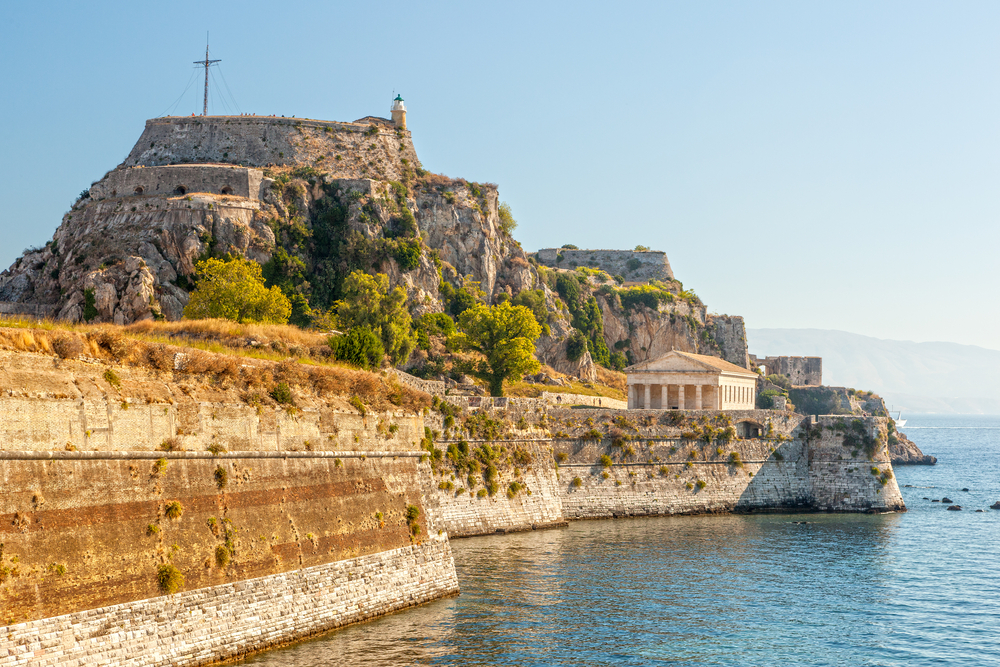 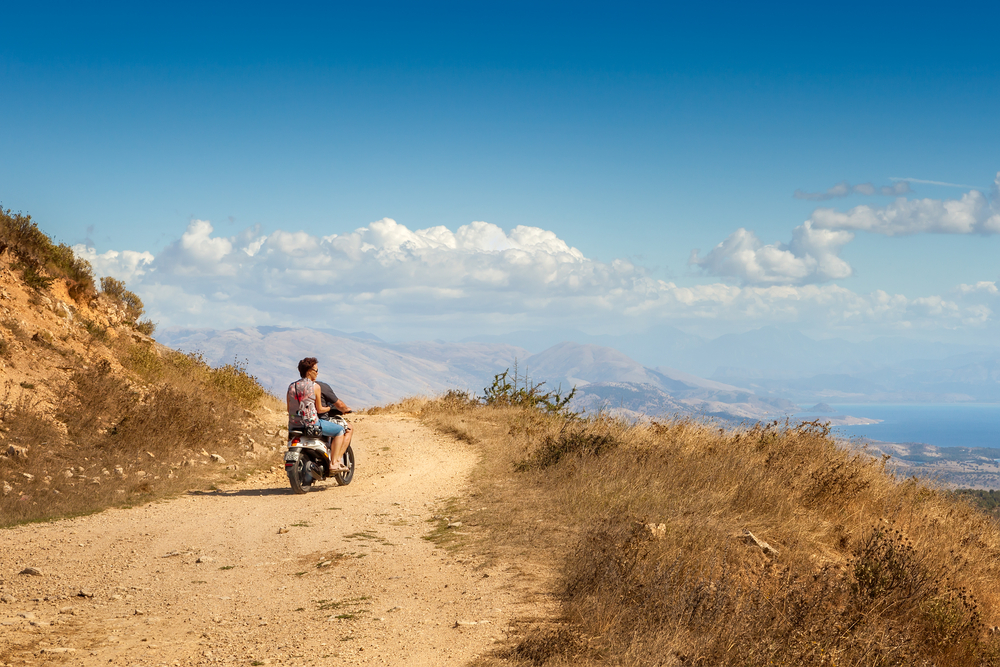 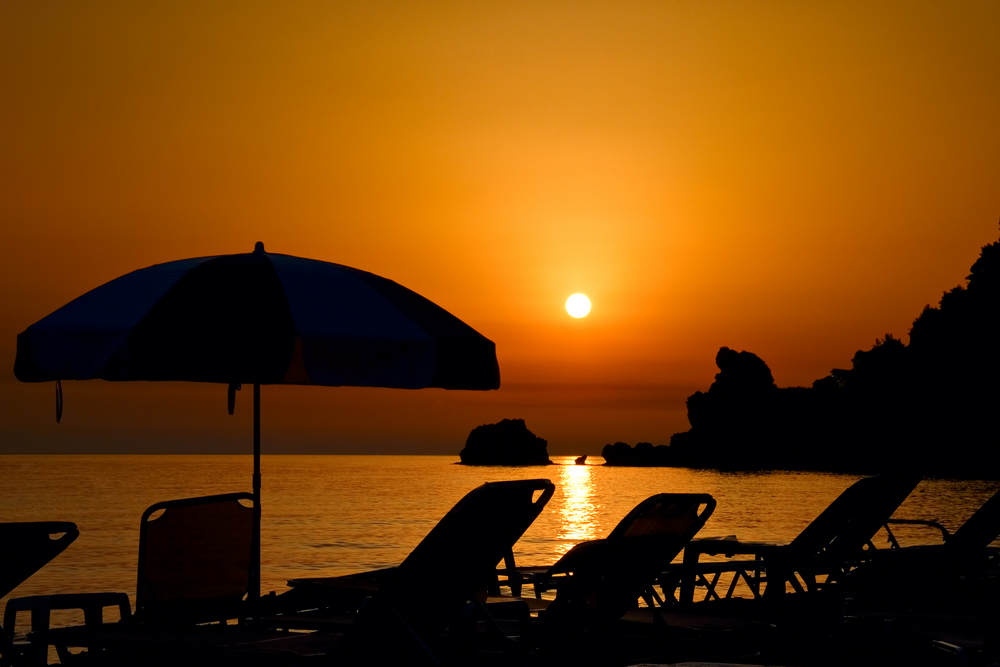 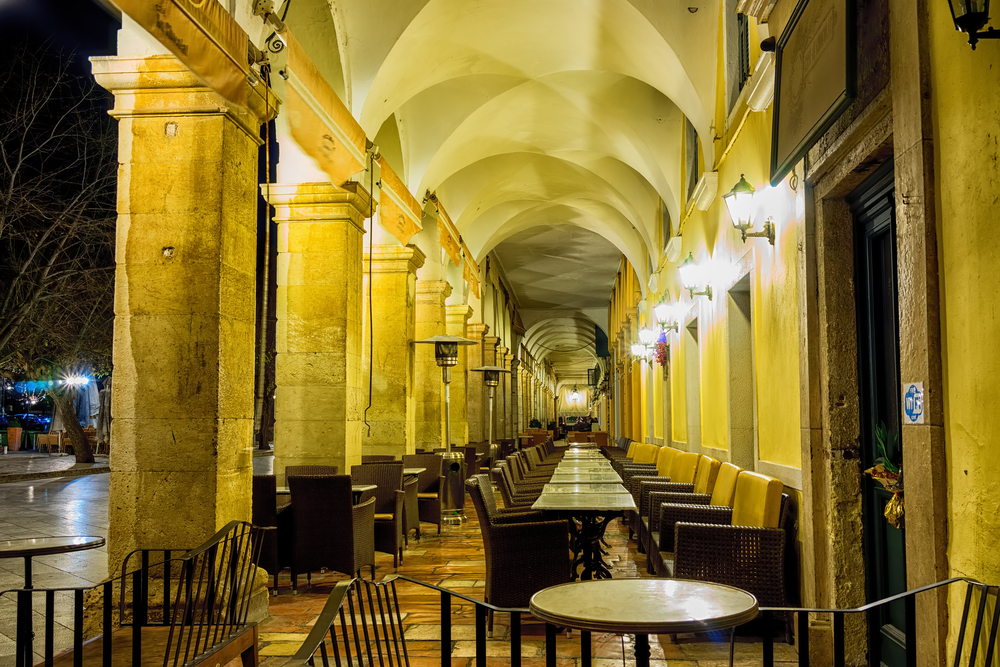 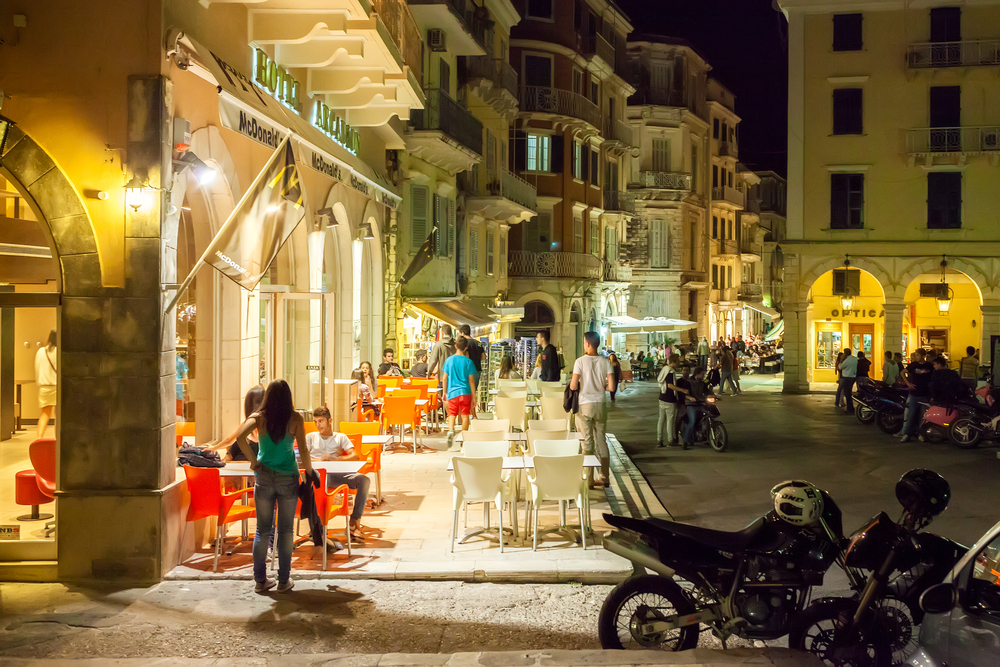 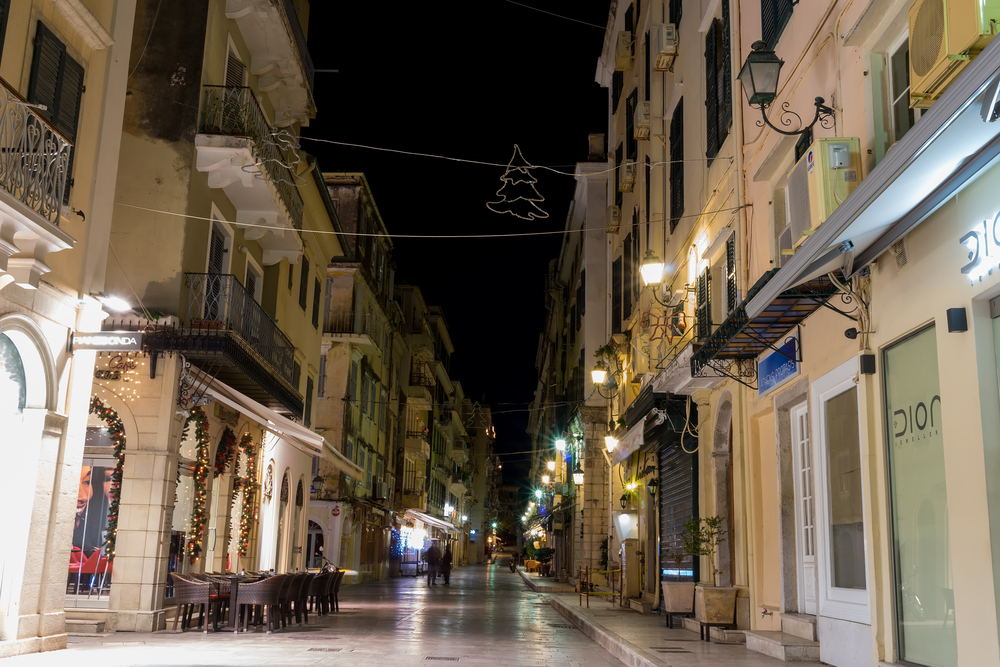 Corfu Holidays: A Nocturne by the Sea
By Emily EM Collins

Once an island reserved solely for the regal and very privileged, Corfu now ranks as one of the most popular attractions in Europe. Oligarchs on their Corfu holidays populate the opulent North East along with the famous Rothschild family, proving that Corfu is still an island of some repute. The Ionian island was designated for the UNESCO World Heritage Site in 2007. Corfu is a storied island in both myth and popular literature. Homer’s Odyssey references parts of the island, particularly in the hero Odysseus’s disembarkation.

Continuing on the privileged theme, Corfu luxury holidays offer some of the finest secluded accommodation anywhere in Greece. Properties set in the historic hills overlook the lucid Ionian Sea, and at night capture the beautifully lit bay. Kalami provides its guests with romantic views of the somnambulant town. Kalami beach allows for romantic evening walks along a wooden path, keeping the sand out of your shoes. Kalami beach is particularly good for Corfu family holidays as the beach has a natural cove, protecting it from waves and ensuring the safety of young children.

Visitors to the Greek island can expect a festive atmosphere, particularly in the months of May and August. Firstly, there’s the anniversary of the unification of the Ionian Islands with Greece, which courts great banquets with dancing well into the night. This is perhaps the most important festival on Corfu. The Strinillas Pantokratoras festival exhibits the same late night dancing, ending with a stunning pilgrimage to the monastery at the top of the hill.

The placement of Corfu’s monasteries allow for the most spectacular views. At night, visitors will see the bay lit up like deep ocean glow. The hilltops of Kanoni make for an excellent vantage point, both during the day and at night. The Bay of St. George in the north-western part of the island must be considered one of the premier sites of the island. British influence continues with The St. George church which sits next to a Venetian moat all populating the town of Palaio Frourio. A walk along its coast in the half-light makes for an unforgettable short journey.

The Old town is almost floodlight with its buildings in perpetual light. Everything is white at ground level, meaning that sightseeing at night is just as effective. Perhaps this is one of the more unique opportunities with Corfu holidays. Properties along with monuments, exhibit Venetian artistry mostly carved in white stone. There is also a huge Roman influence within Corfu’s architecture, particularly palatial buildings formally used to house the King of Greece and several important British rulers.

Corfiotes are synonymous with hospitality, and their island, steeped in culture and beauty will make the perfect destination for a family or partnership.

Emily Collins is a travel writer who enjoys taking Corfu holidays. Youtravel have an excellent assortment of holidays in Corfu from Corfu family holidays to Corfu luxury holidays.