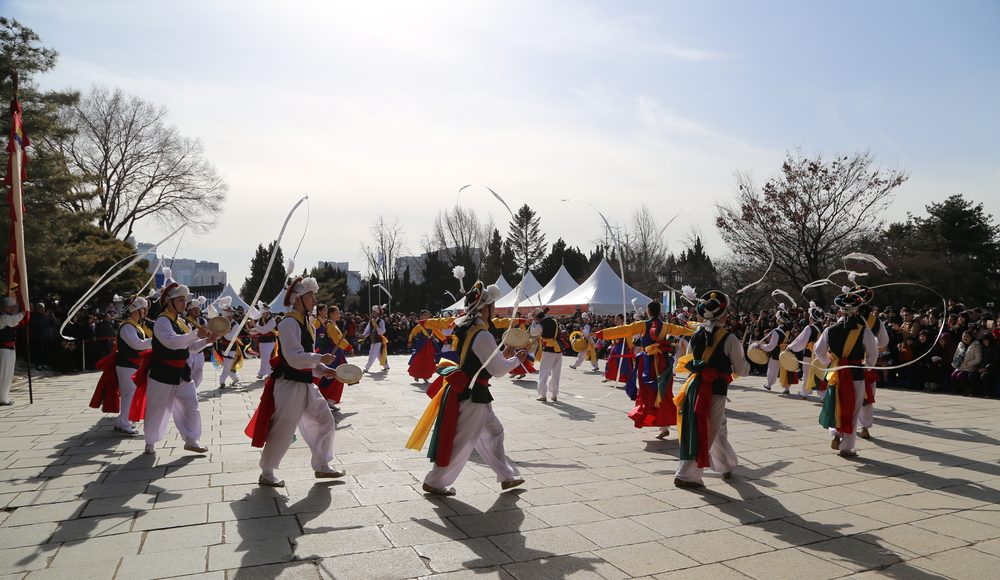 The National Folk Museum of Korea is among the most prominent museum with high historical significance.  The museum offers numerous seminars, exhibitions, as well as performance art, concerts and hands-on activities.  All of which demonstrate the culture and folk history of the Korean people tracing back to the prehistoric times up until the end of the Joseon Dynasty.  Since its establishment in 1924, the museum has devoted to the studies of the folk history of Korea, and collecting artifacts from various regions in Korea in order to develop a greater insight into the lifestyle and culture of Koreans.  (photos by DavidNNP) 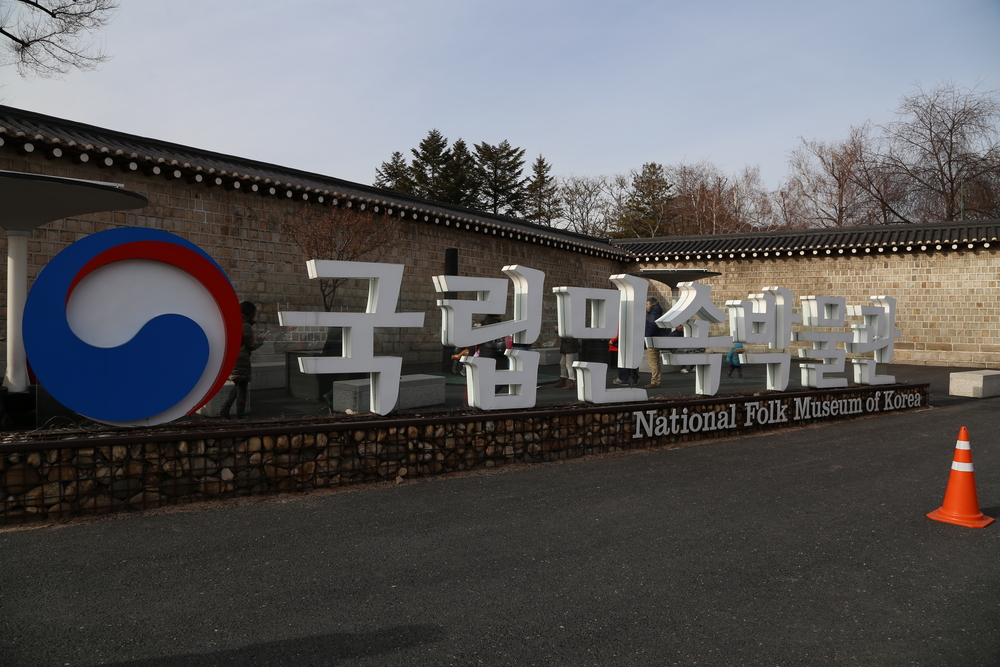 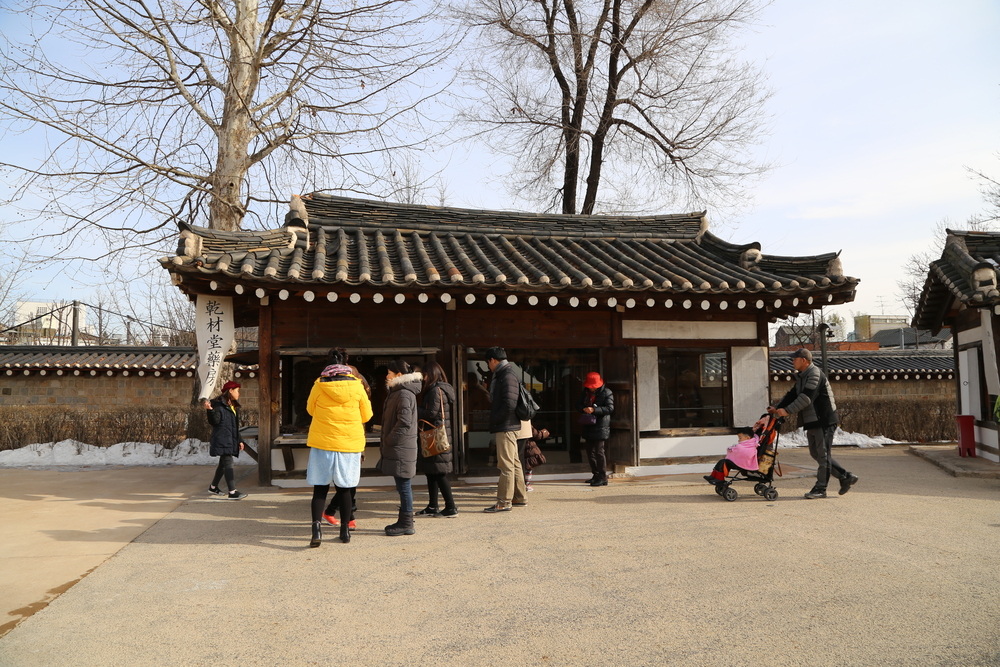 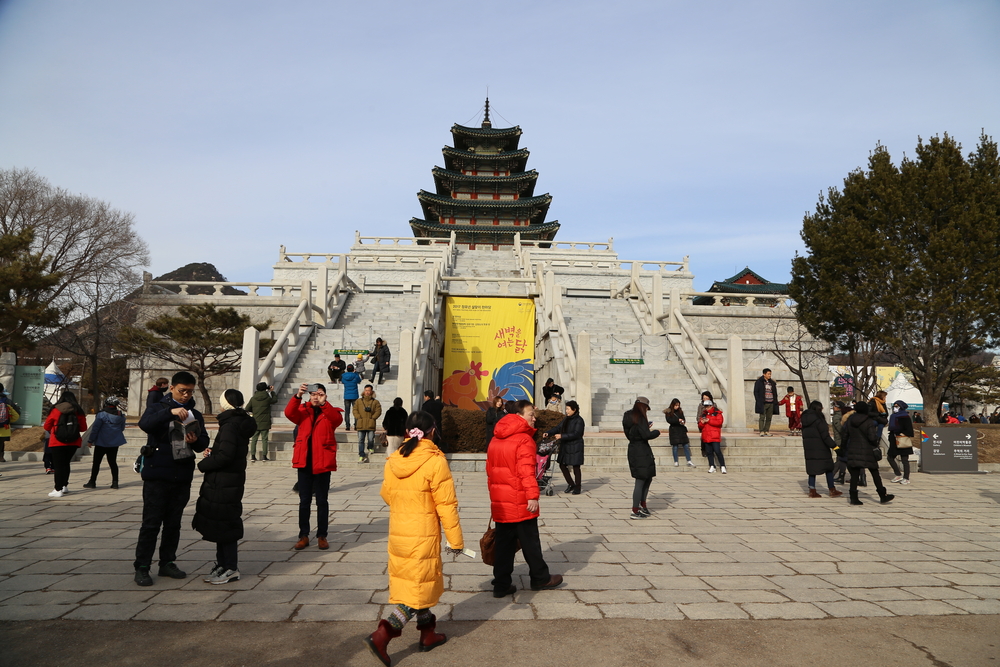 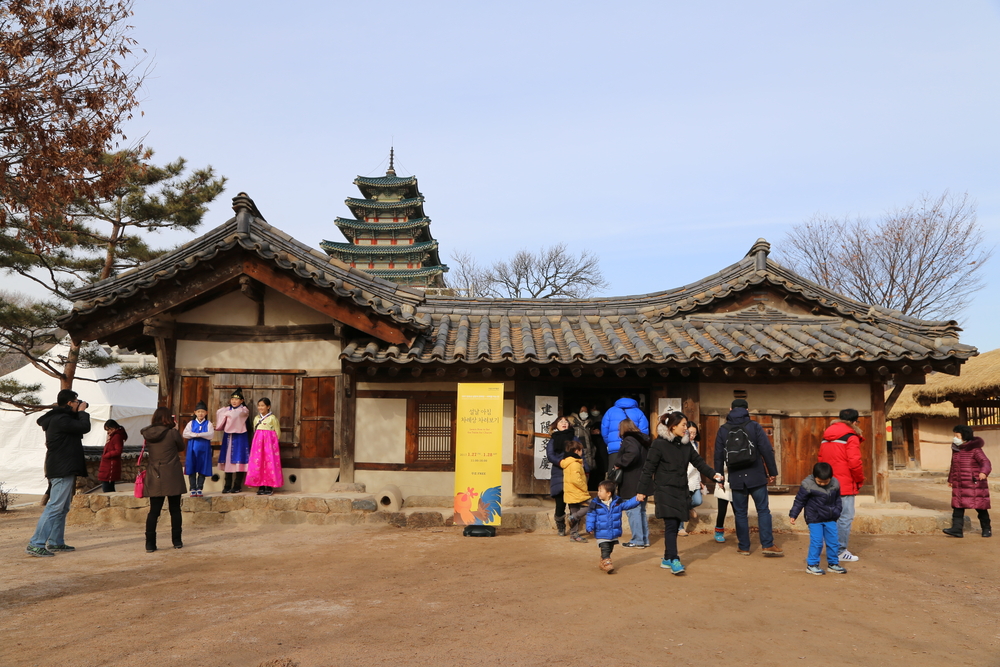 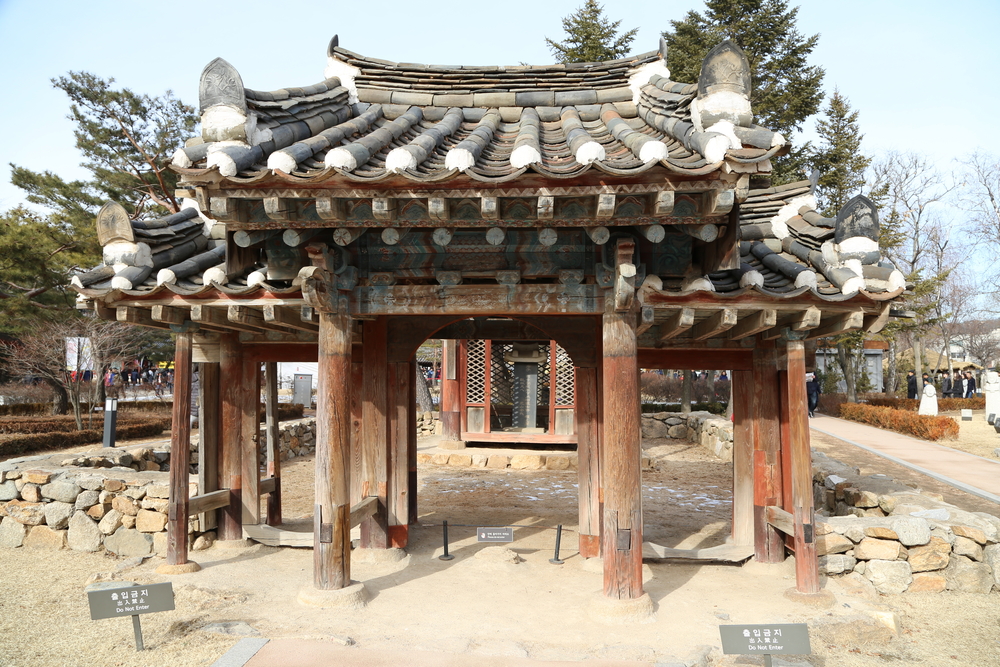 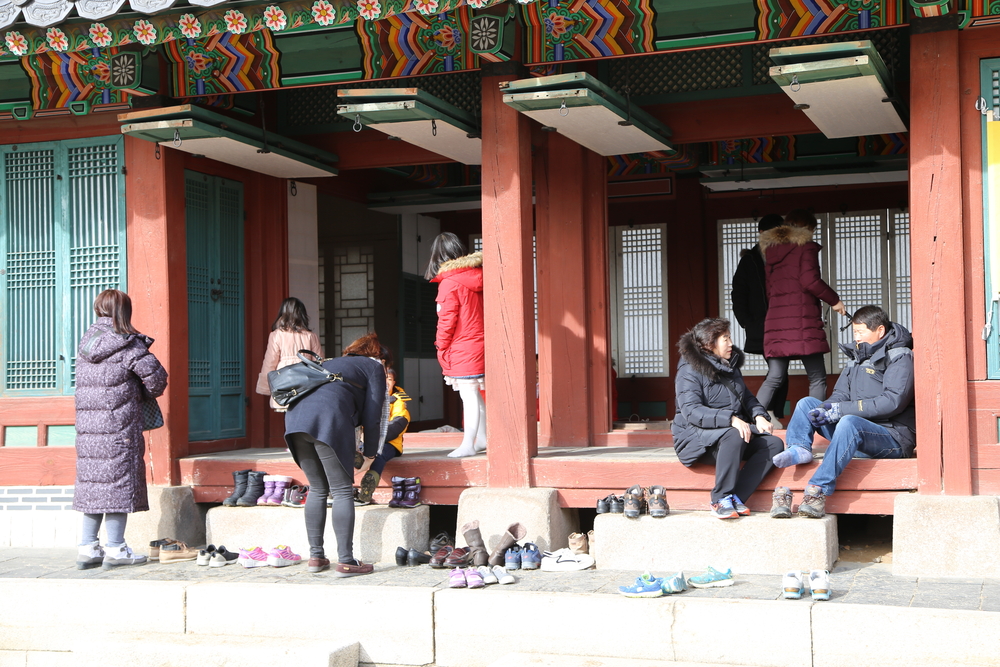 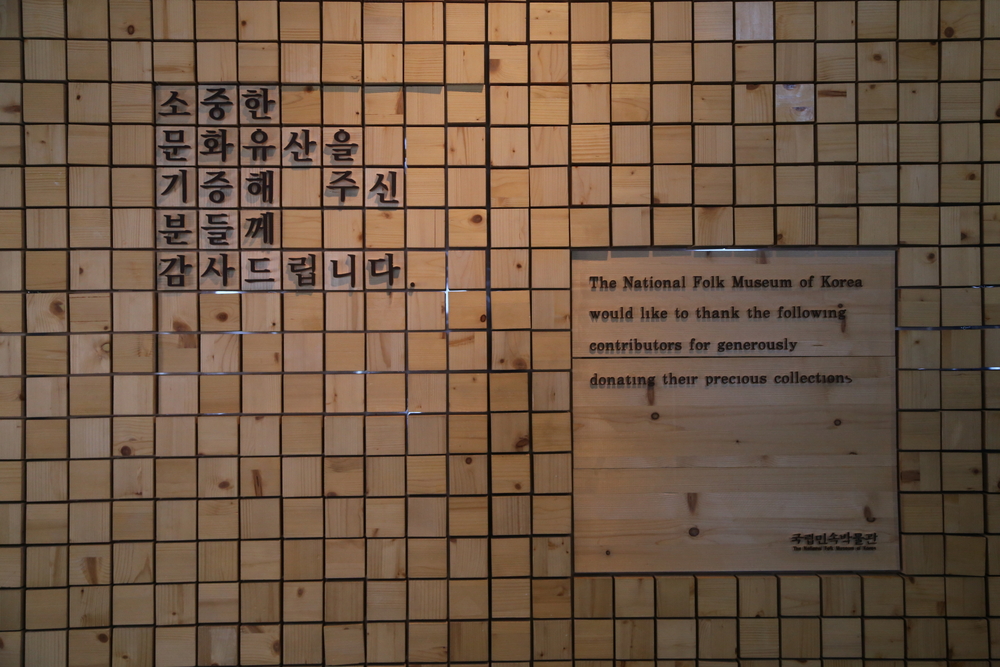 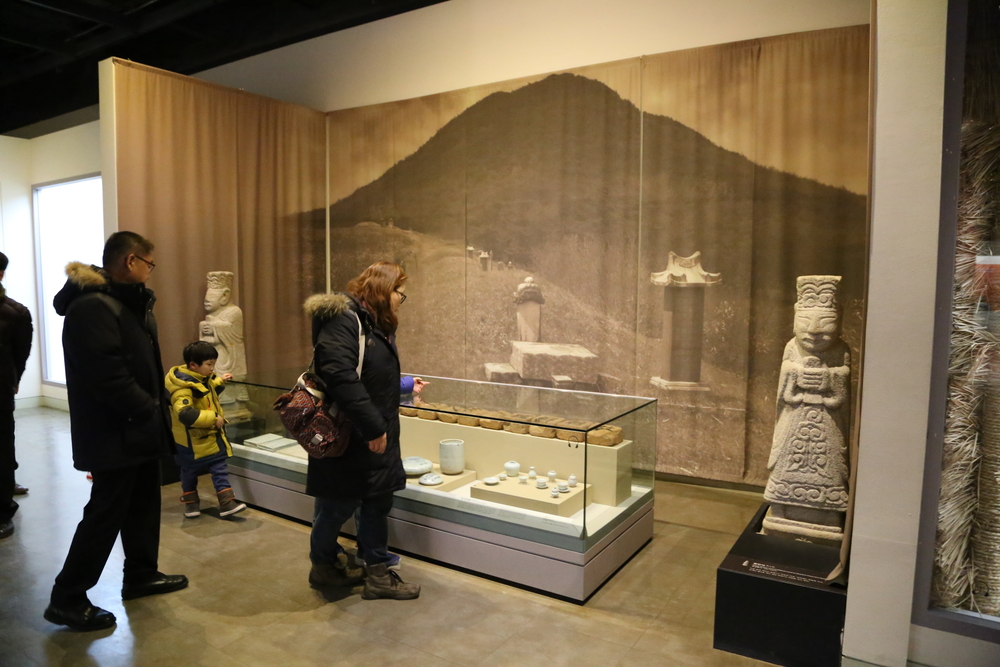 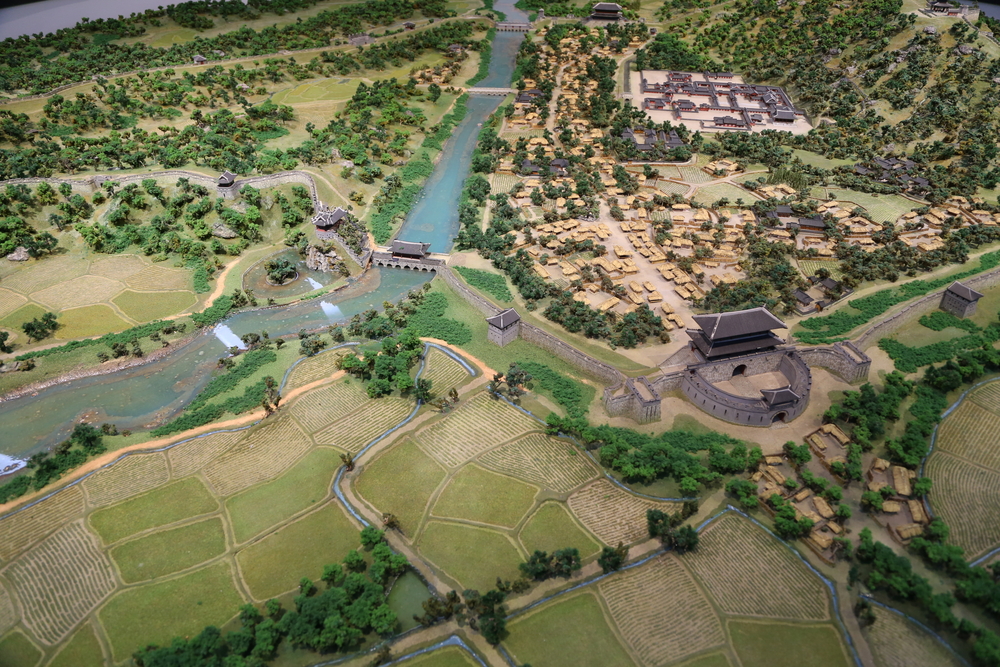 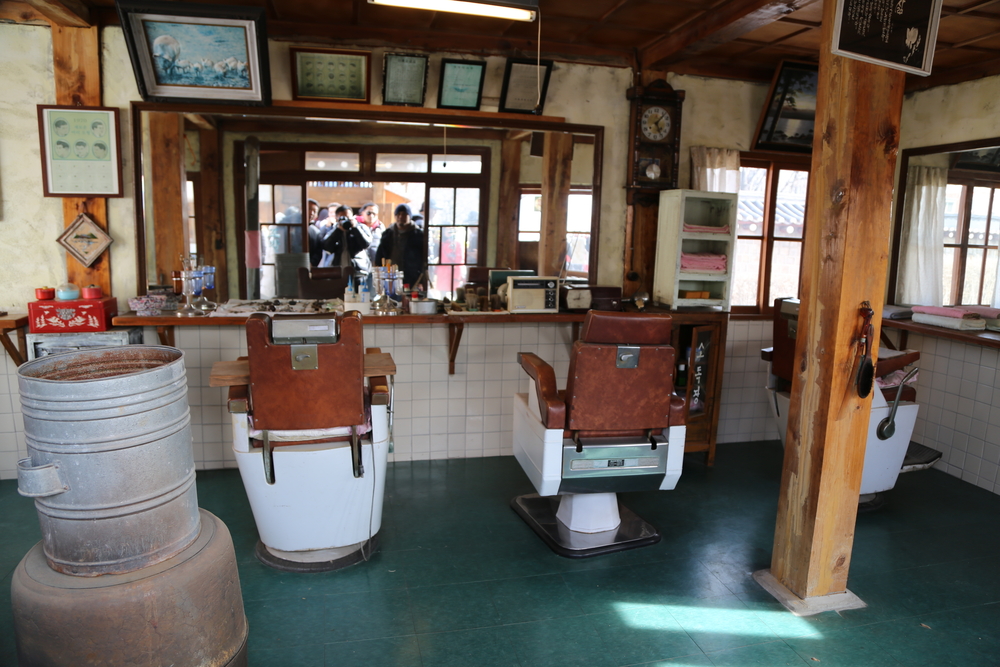 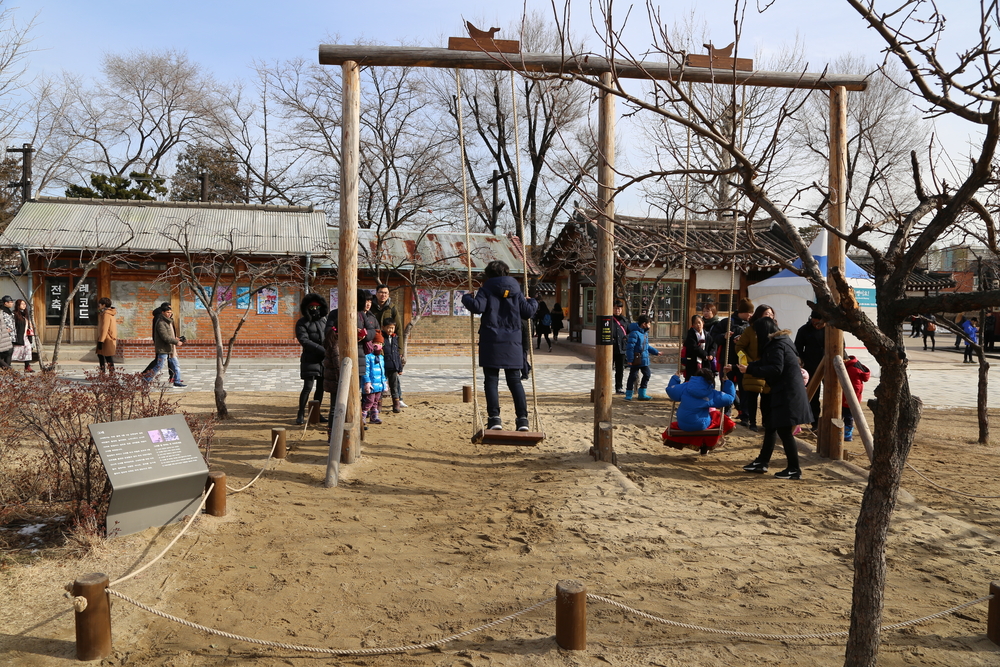 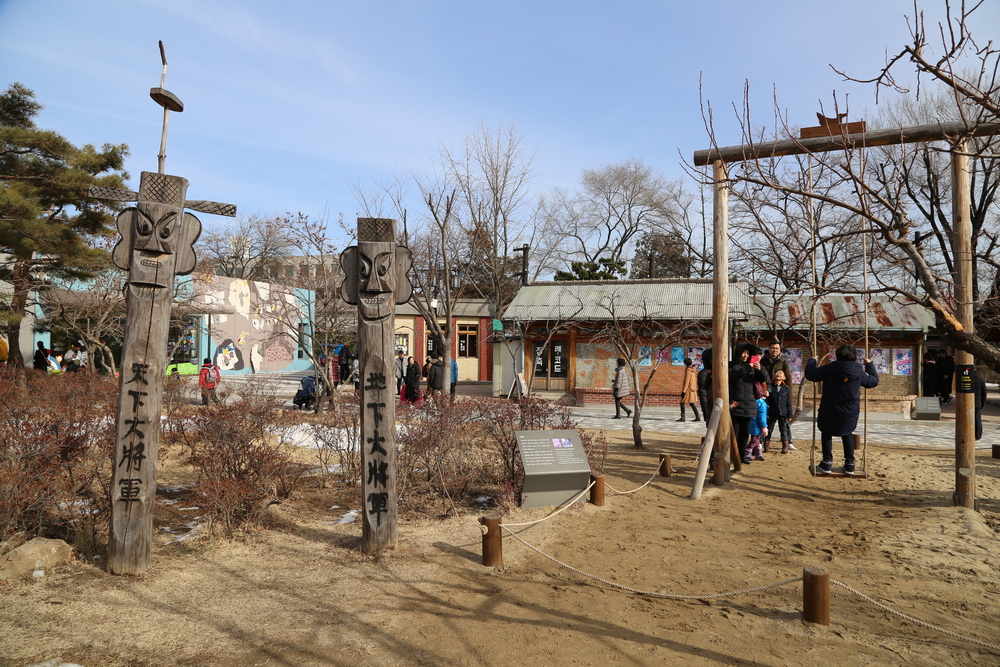 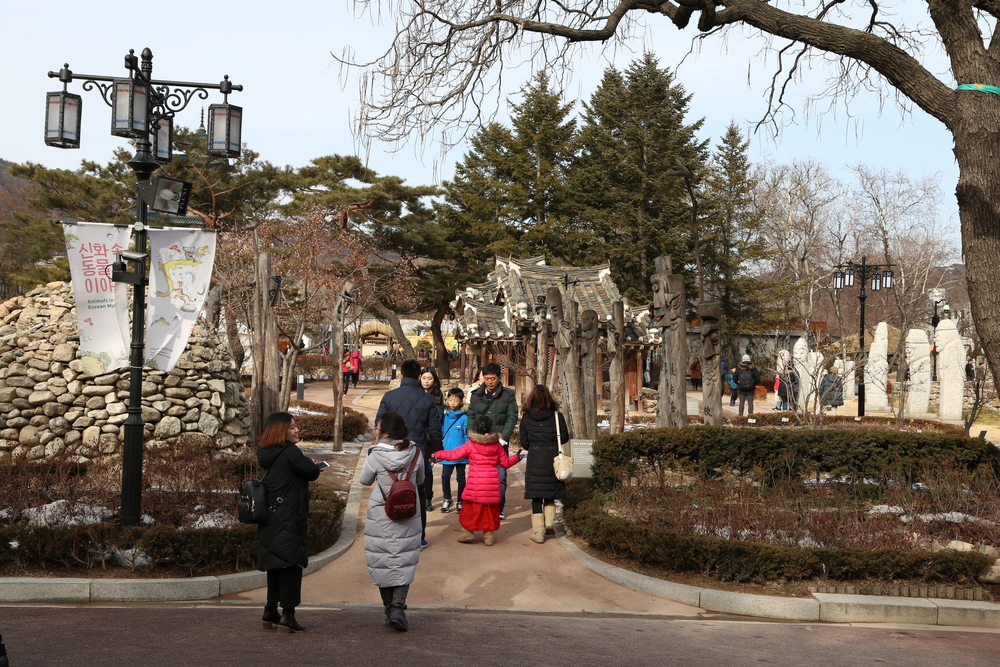 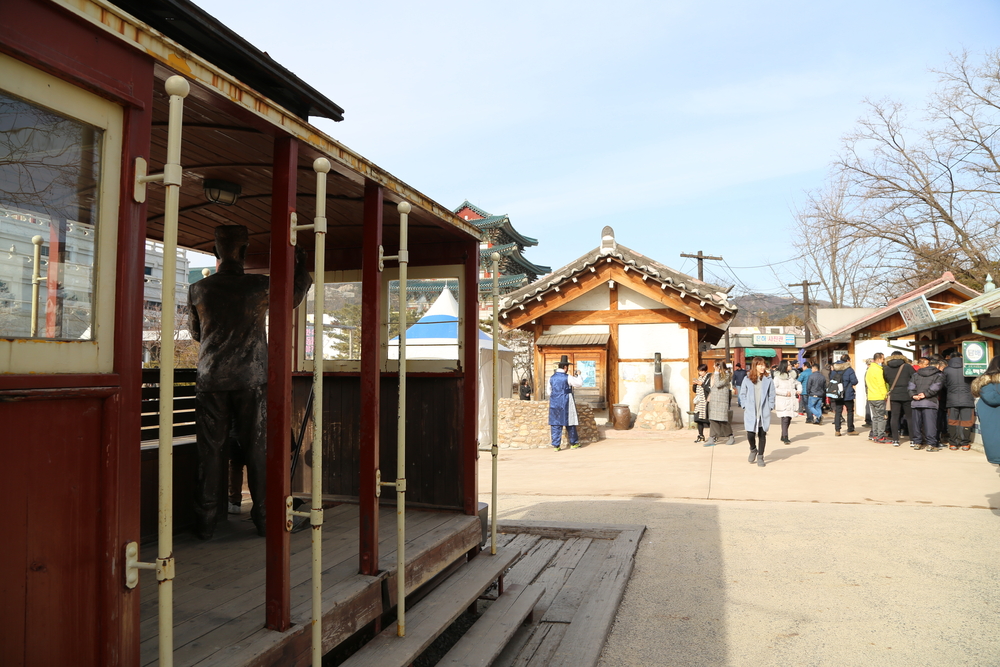 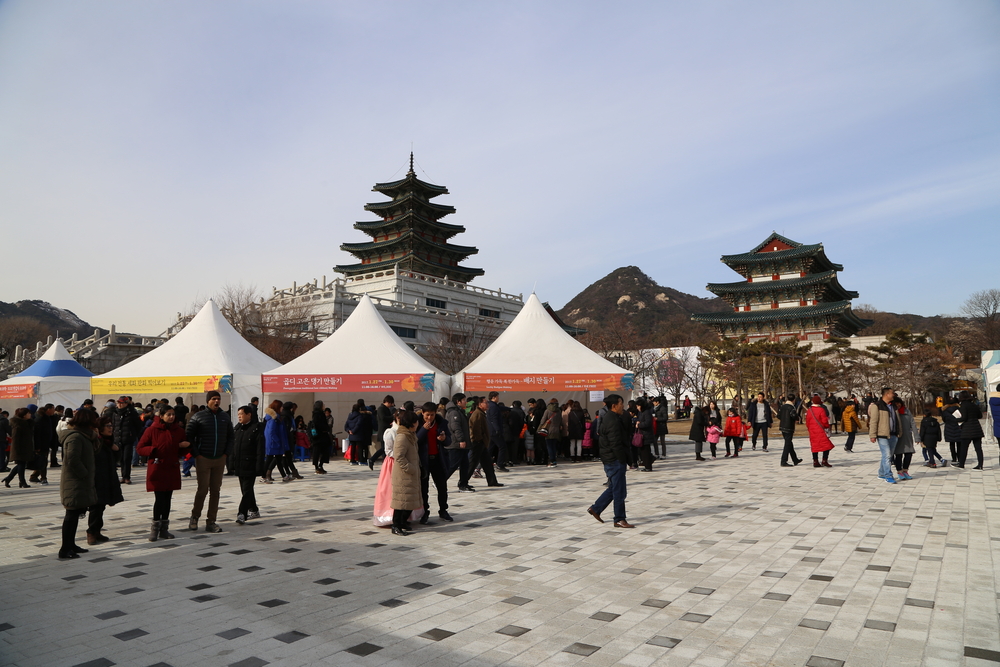 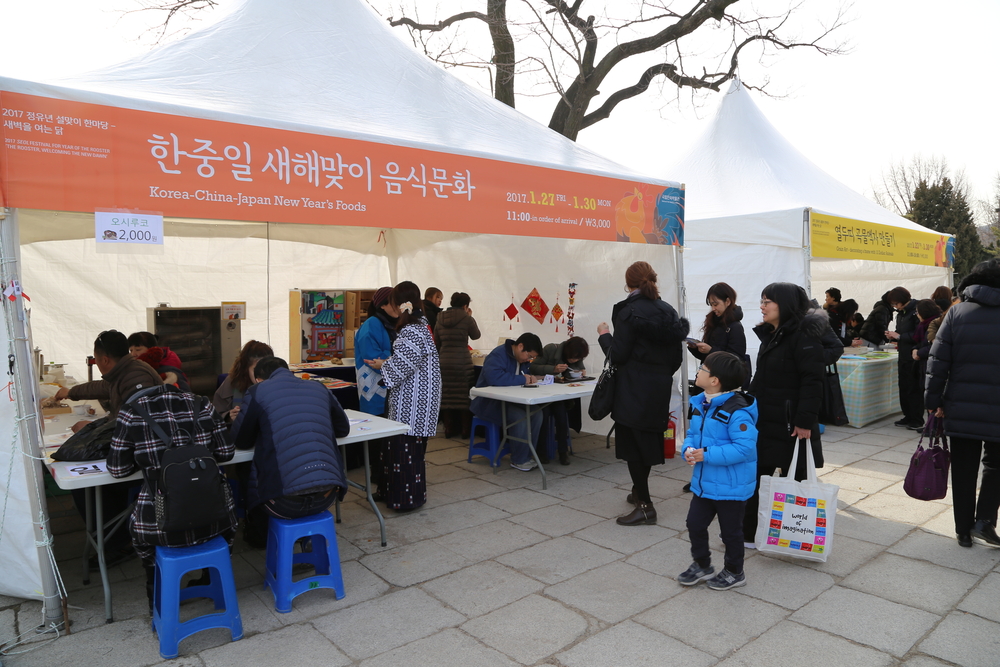 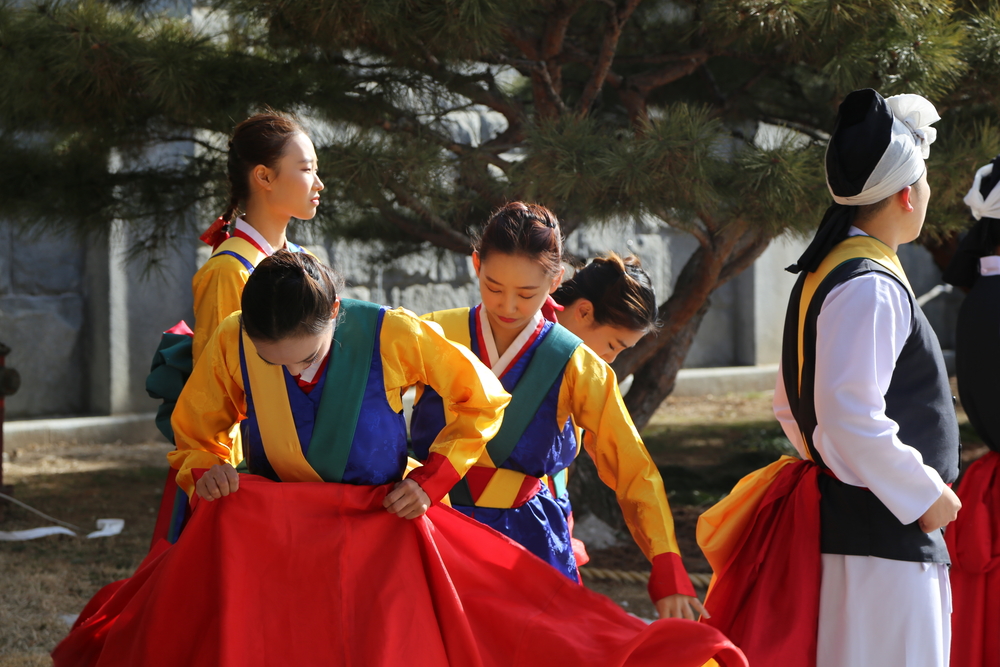 SEOUL – 28 JAN: Celebration of New Year Outside the Entrance of National Folk Museum of Korea in Seoul, Korea on 28 January 2017 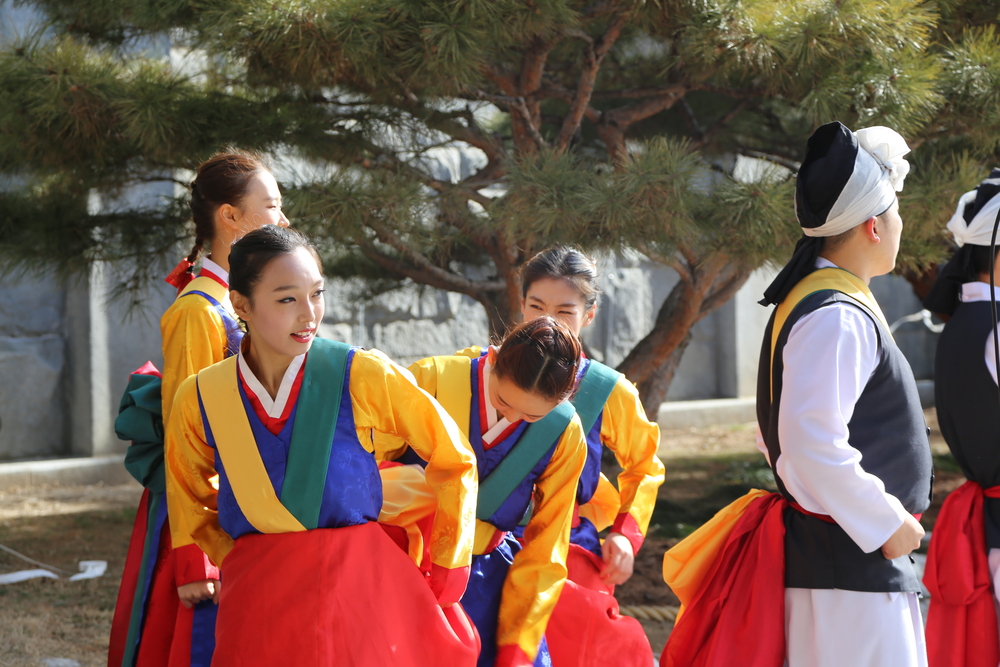 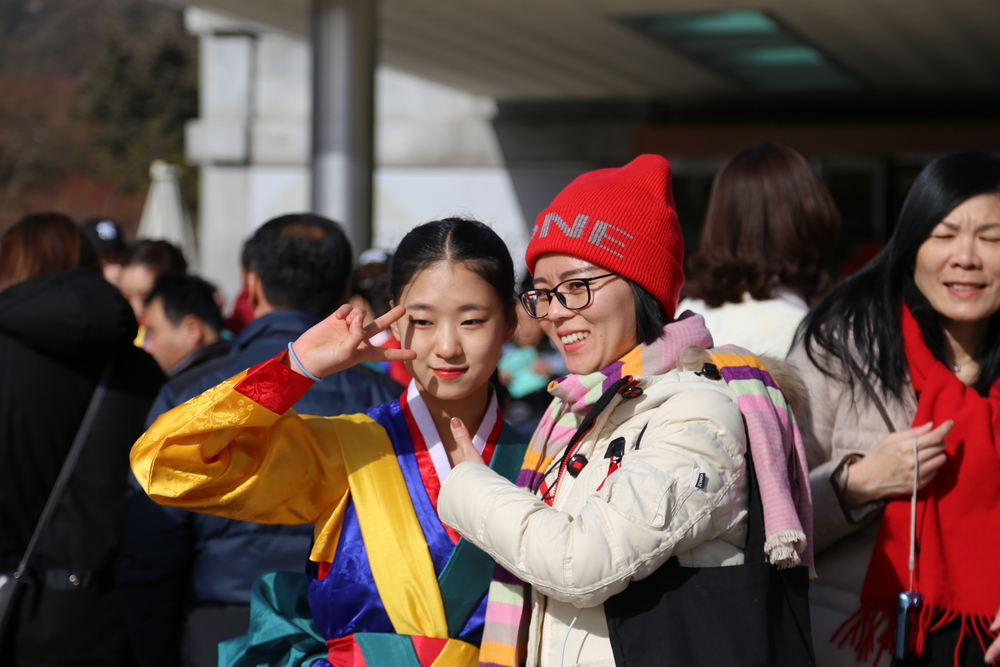 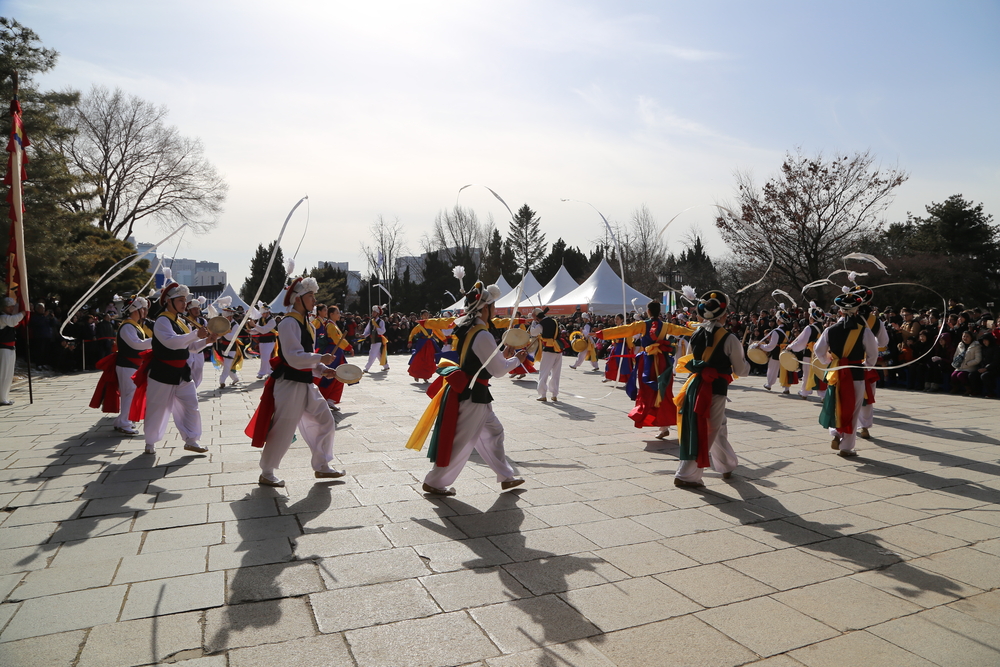 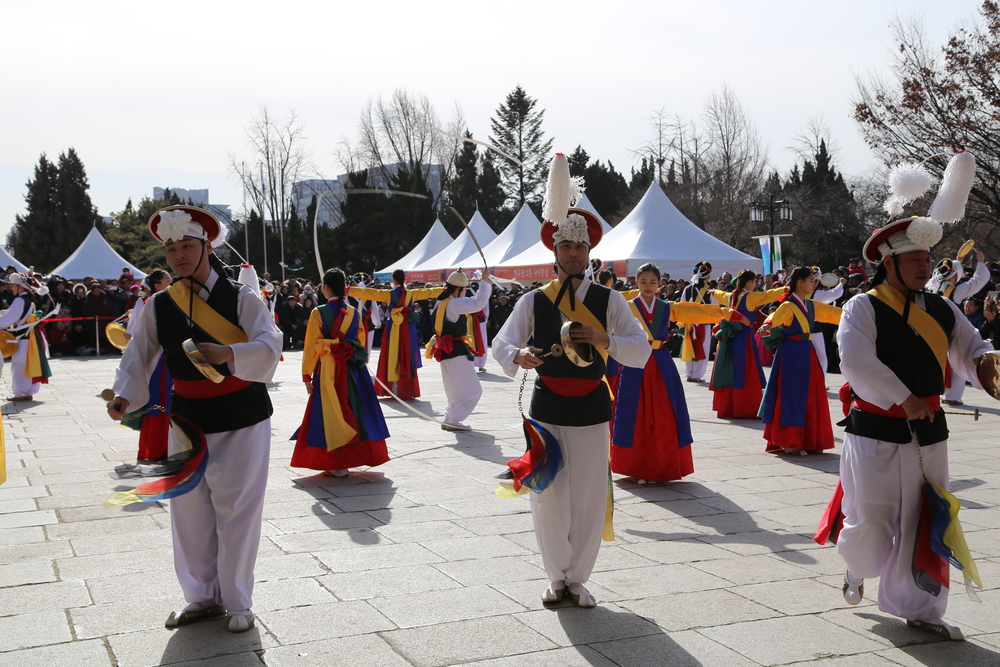 Nestled between the nations of China and Japan is the lesser-known country of South Korea. Although sometimes overlooked as a destination spot in the region, this area of Southeast Asia is a wonderful place to visit.

Founded in 1948 when it separated from its sister nation, North Korea, the Republic of Korea became a democratic state at the end of World War II. In 1950, the North invaded the South, causing the Korean War until the two sides signed an armistice in 1953. Both the North and the South have similar, long-standing traditions, but South Korea has become a modern, global economic leader that Western culture has heavily influenced over the last half-century.

South Korea is home to roughly 48 million people of whom about 12 million live in and around the capital and largest city of Seoul. The land area is 38,463 square miles, slightly larger than the state of Indiana. The climate of the region is very mild year-round and residents enjoy all four seasons. The landscape of Korea is mostly mountainous and covered with lush forests in the rural areas, but you can also find rice fields, the country?s staple crop, in many of the valleys.

Many attractions in the country are sure to lure a variety of travelers. One of the most famous is Gyeongbokgung Palace in Seoul. While the location of the palace is over 600 years old, the actual buildings had been rebuilt a number of times due to invasions and hostile takeovers. The present buildings house both the National Museum of Korea and the National Folk Museum. Once home to kings and rulers, the palace is rich with history, cultural artifacts and architecture, and enjoys a large number of visitors annually.

Those fascinated by the history and culture of the country should also check out the Korean Folk Village located near Seoul. See what life was like for Koreans during the Chosun period (from the 1700s up until 1910) in this 243-acre village. Observe and interact with residents as you encounter them in traditional Korean dress, but do not be fooled. These people are not hired actors. Many of the residents of the village actually live there! Enjoy music, shows, and authentic foods from a long lost but not forgotten chapter in Korean history.

The most popular attraction in South Korea is the Demilitarized Zone, or DMZ, in Panmunjom. Set at the 38th parallel, this area is where the democratic South borders the communist North. Here you will witness propaganda from both sides of the border. See what the North wants visitors to see as a stable, booming economy, complete with elaborate buildings and highways, but in actuality is a sluggish, repressed society, as shown by the South. Many South Koreans have family and friends still living in the North that they have had no contact with for over fifty years. Travel and communication between sides is prohibited and the hope is that, one day, an end to dictatorial rule will open up the border once again.

On South Koreas west coast, in the city of Incheon, you can visit the Incheon Landing Operation Memorial Hall. This site is a memorial to General Douglas MacArthurs combat operation that led to the liberation of Seoul during the Korean War. There are also a variety of amusements and maritime attractions in the vicinity for visitors to enjoy.

Some festivals that visitors should consider in their itinerary include the Chunhyang Festival, the Nankye Traditional Music Festival, and the celebration of Buddhas birthday. The Chunhyang Festival occurs annually in Namwon. Chunyang is the Korean equivalent of the story of Romeo and Juliet. Many visitors come to this festival in the beginning of May to experience Korean dance, music, and parades. The Miss Chunyang Pageant is held on the last day of the festival. The Nankye Traditional Music Festival is a celebration of Nankye, a Korean composer who is said to have created Chosun Dynasty Korean Music. This type of music is a beautiful ensemble of strings, winds and percussion that produce a sound unique to Korean culture. This event is held annually in Yongdong in September. The celebration of Buddhas birthday is held in May all over the country. Many Buddhist temples hold festivals and parades on this holiday that is celebrated by many Koreans, regardless of faith.

While traveling in South Korea, visitors can enjoy a variety of culinary delights. Most dishes are spicier than most Western palates are used to, however. The favorite of most travelers is pulgogi. This is a traditional Korean dish that consists of marinated slices of beef with rice and vegetables that is then wrapped in a leaf of lettuce. Along with rice, another staple food of Korean culture is kimchi. This side dish is typically served with every meal. Kimchi is a mix of fermented vegetables, usually cabbage, and is especially hot and spicy. Since it is eaten regularly, there are many variations of kimchi to choose from. For those less adventuresome, many Western restaurants have made their way to Seoul and surrounding cities, so those who want to experience the culture but cannot handle spicy foods, there’s usually a McDonalds or a KFC around the corner.