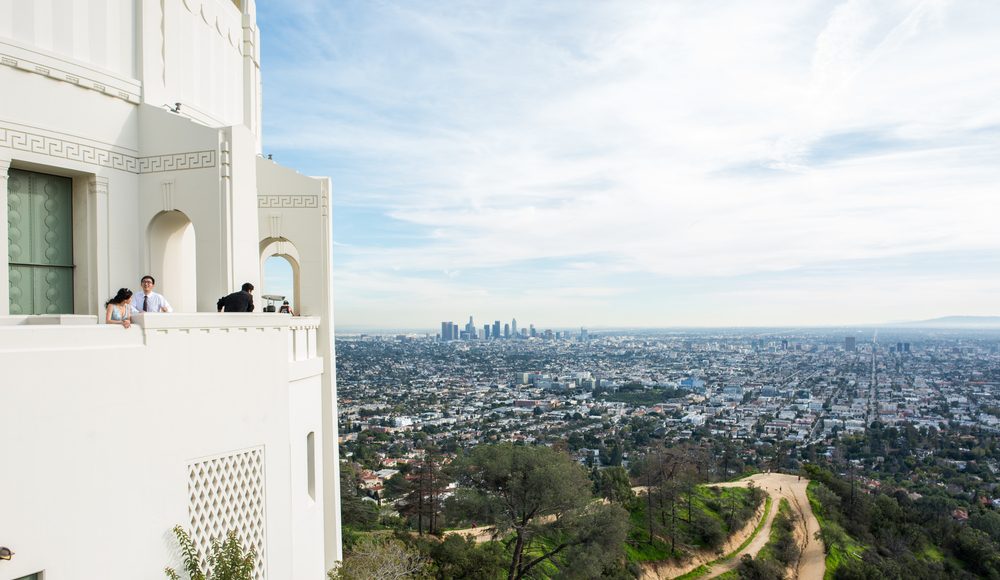 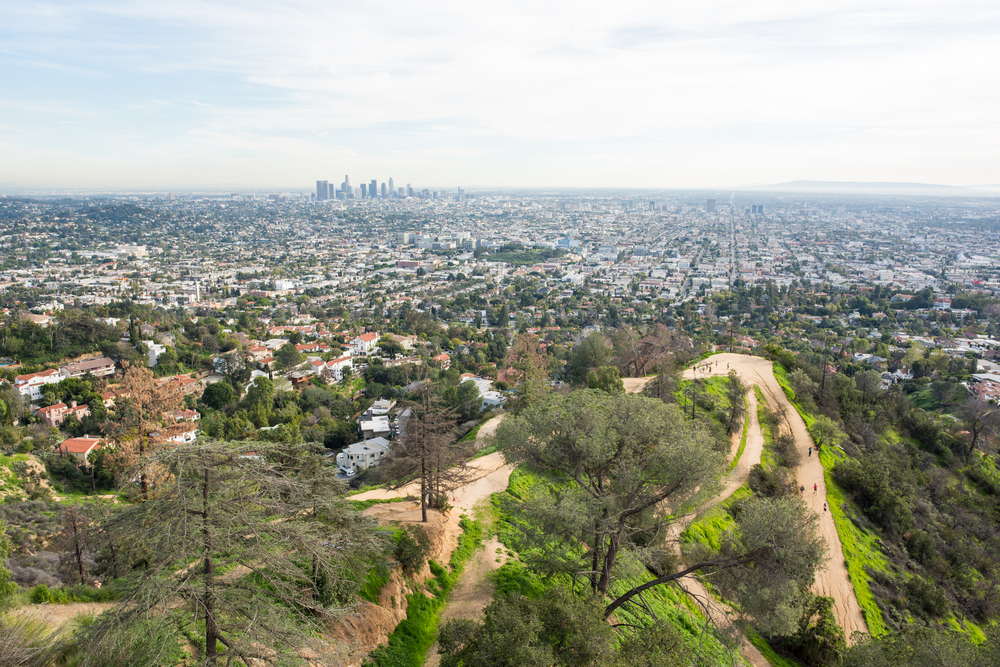 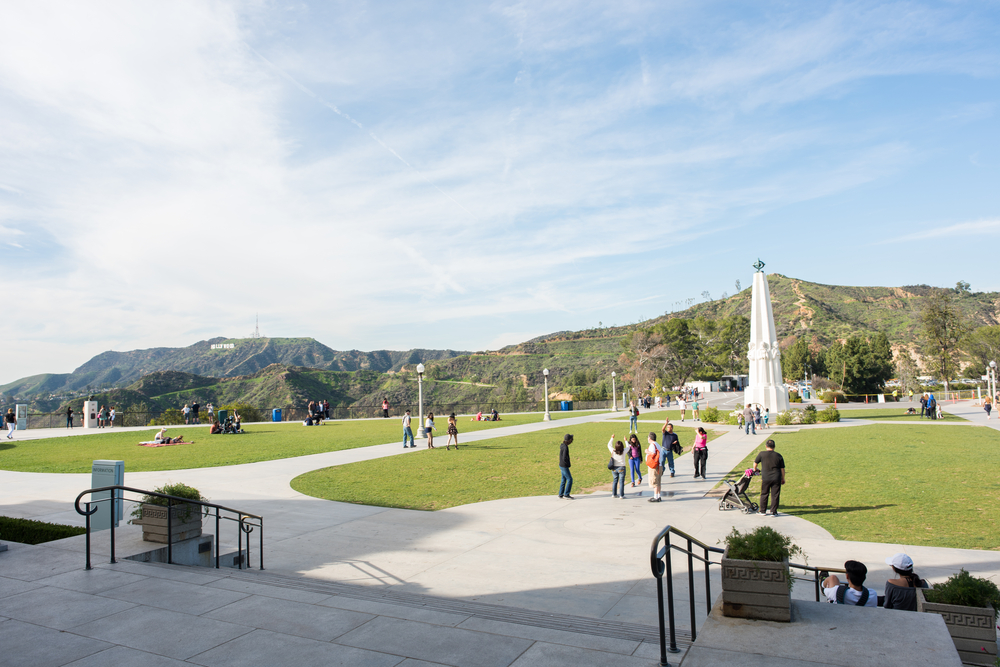 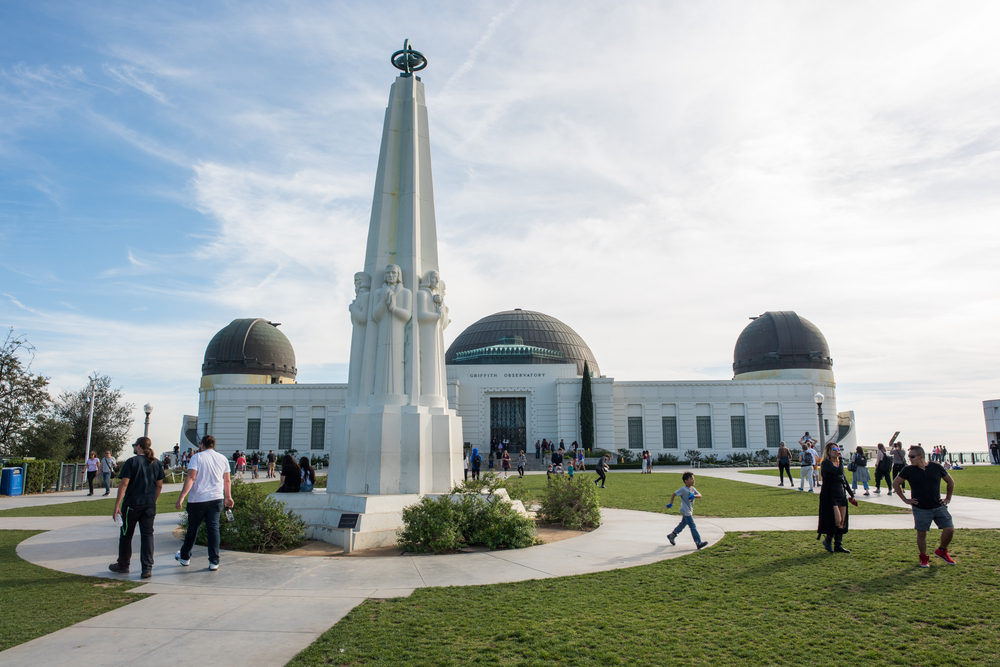 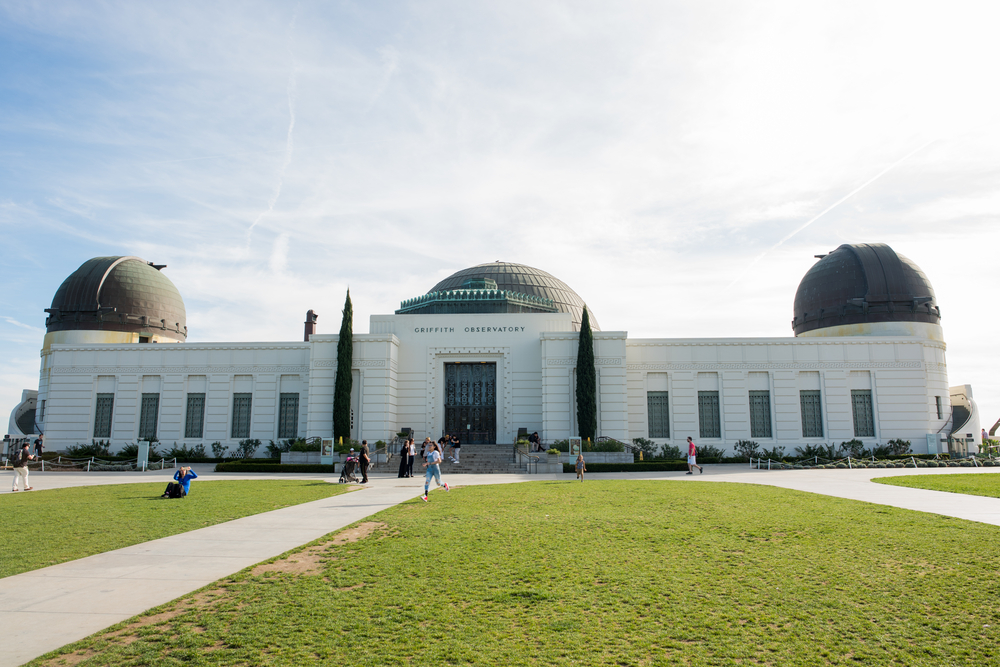 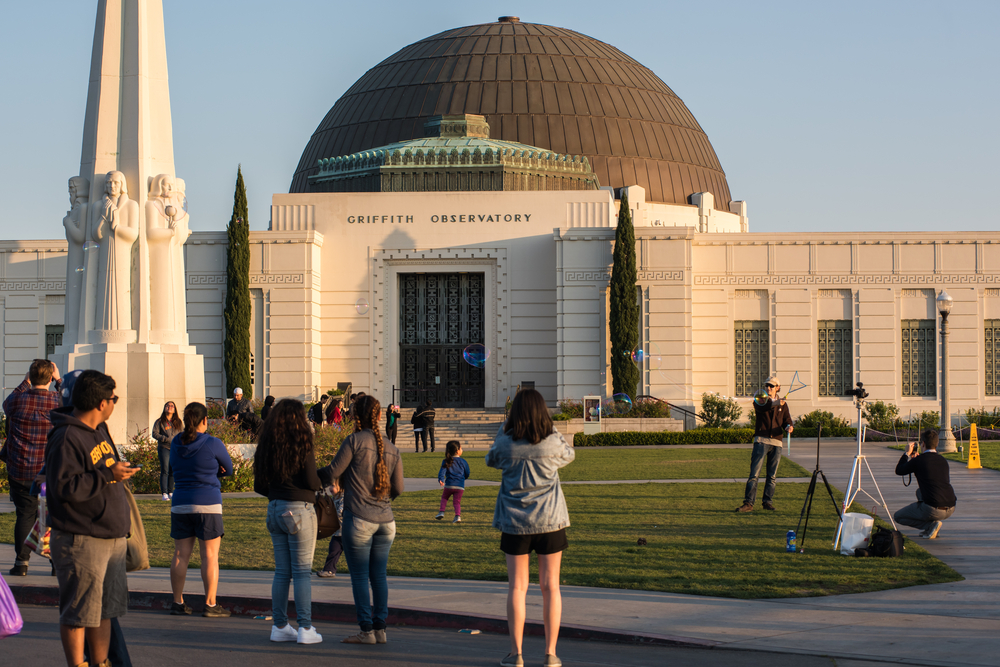 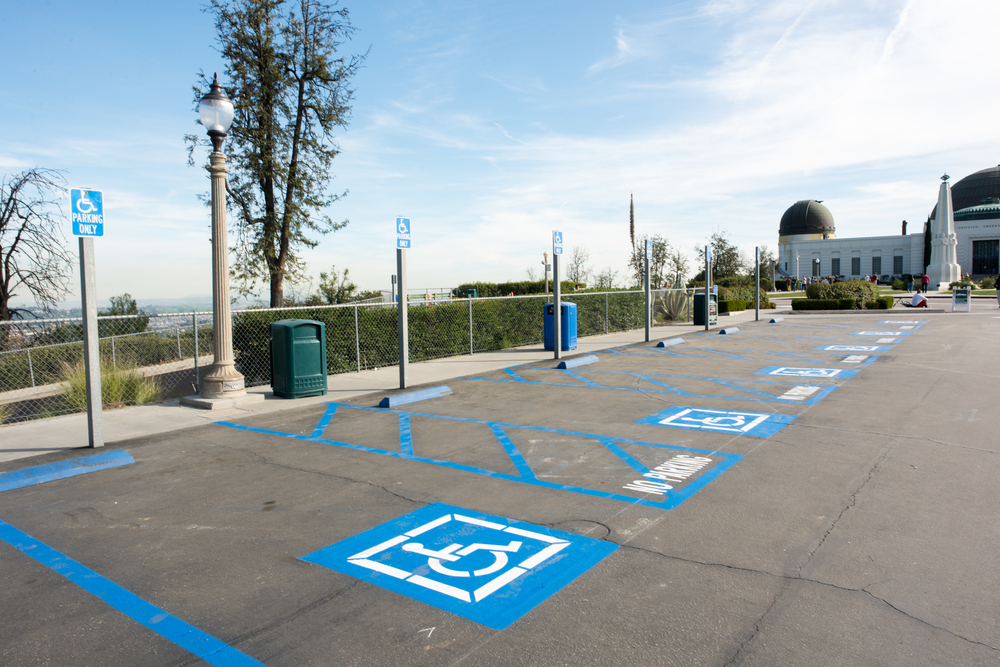 Los Angeles, CA: February 13, 2017: Disabled parking at the Griffith Park Observatory. In the United States, the Americans with Disabilities Act requires reserved spaces for the disabled. 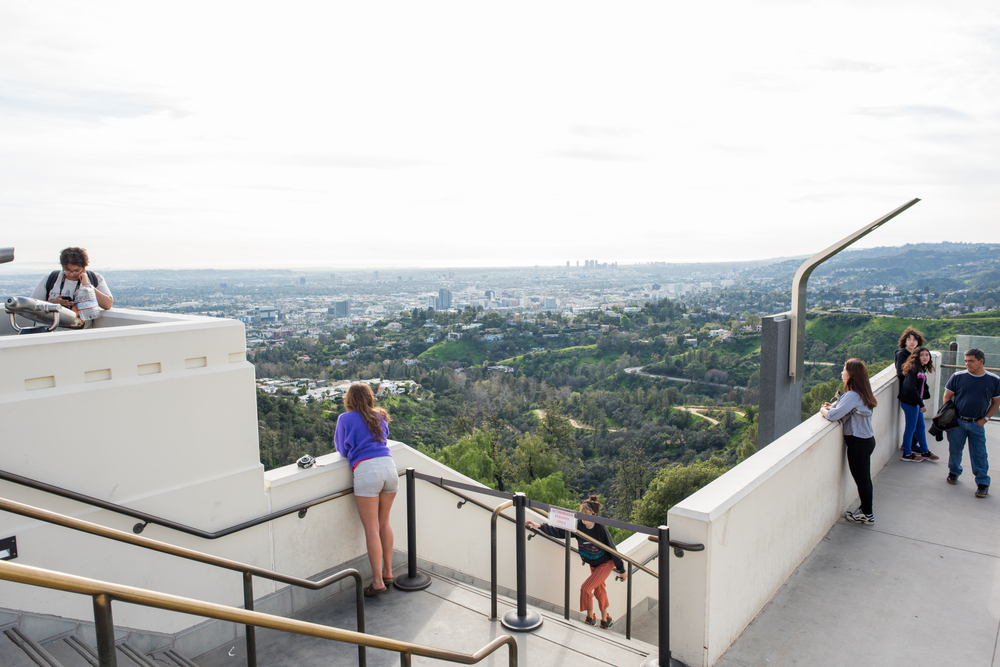 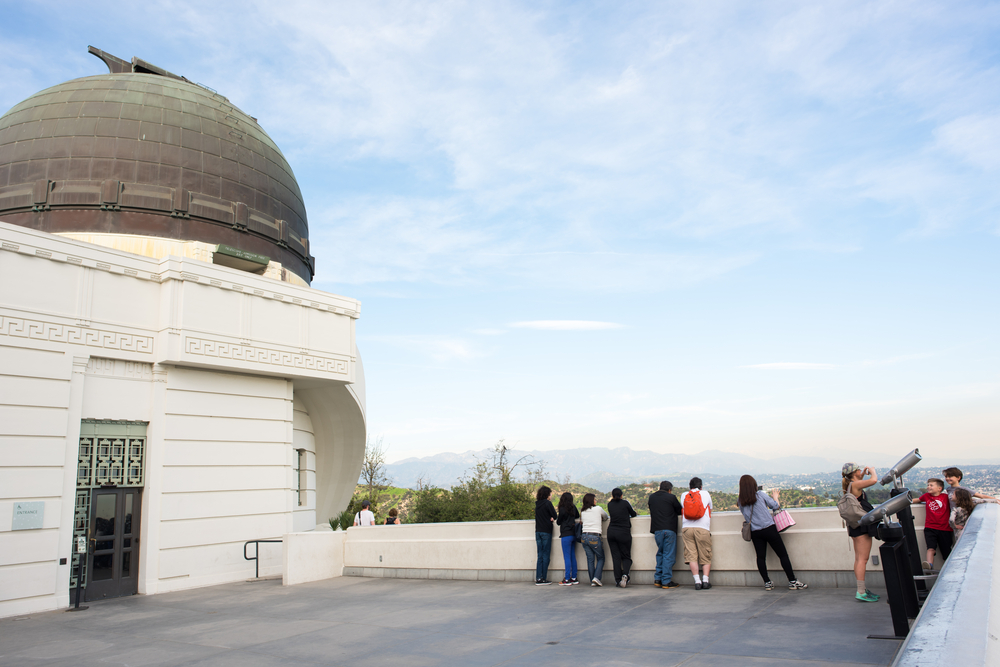 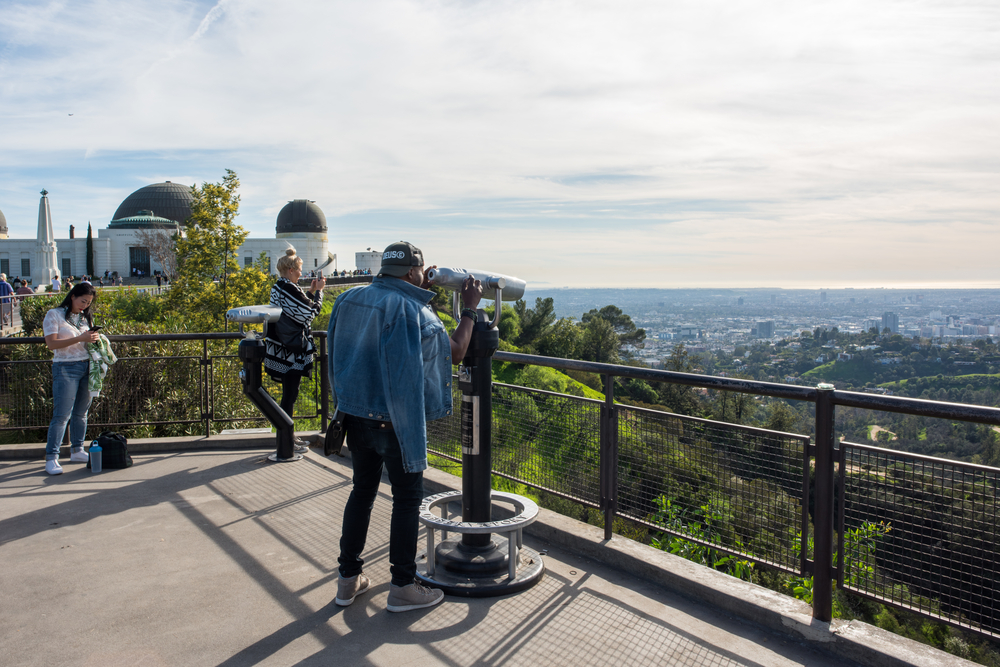 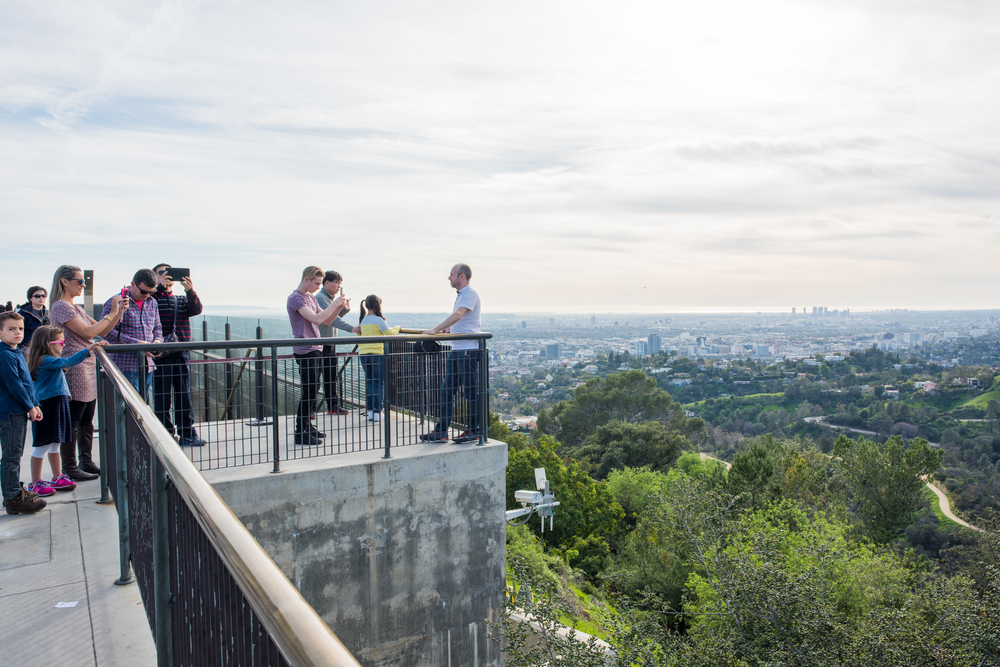 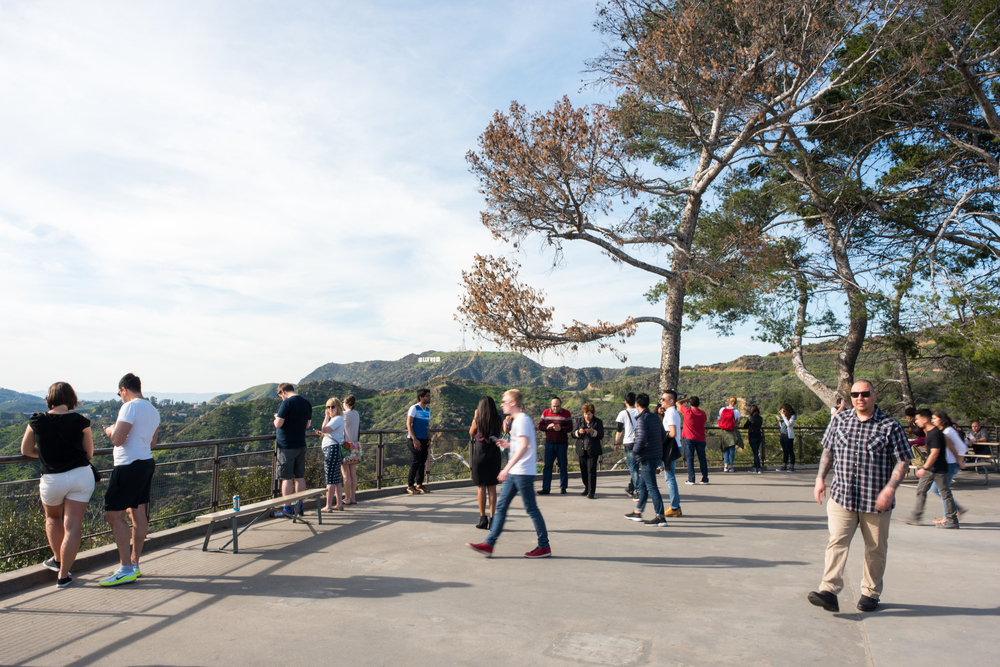 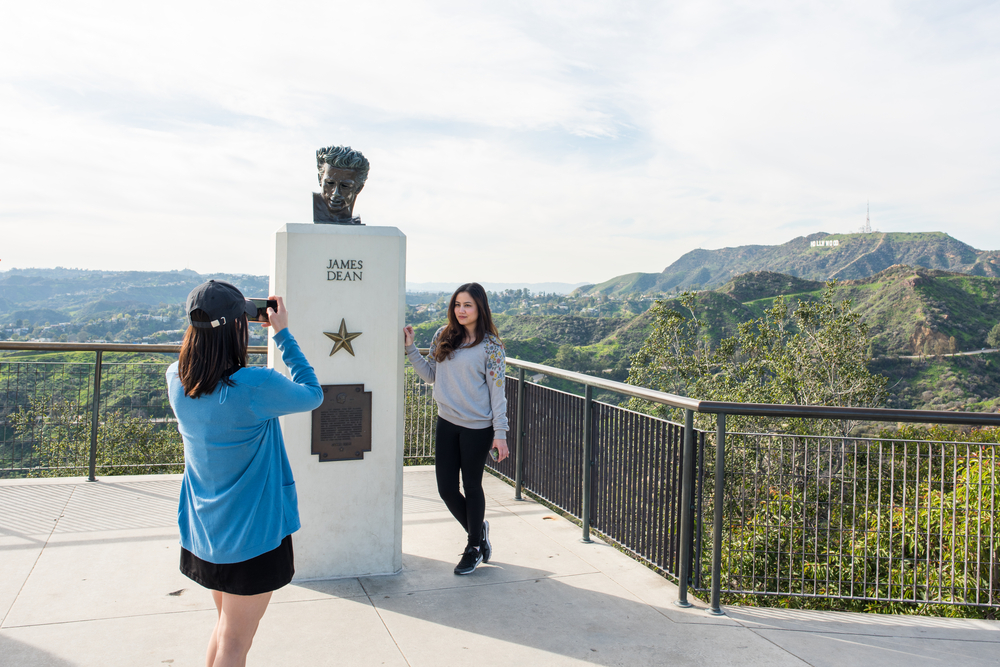 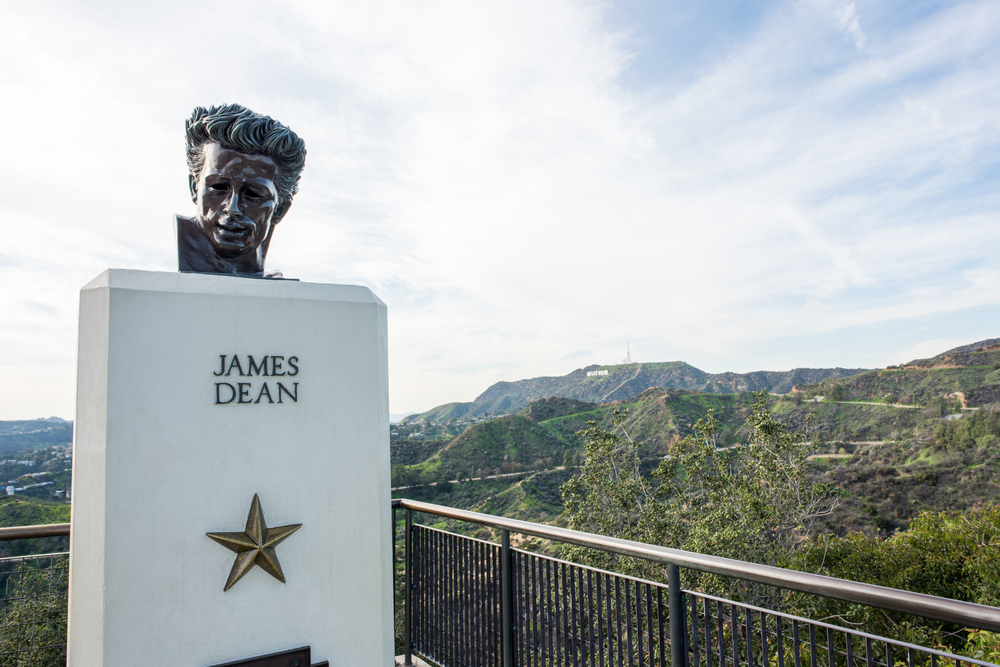 Los Angeles, CA: February 13, 2017: James Dean bust with Hollywood sign in the background. The Griffith Park Observatory is a popular destination for tourists, with millions visiting each year. 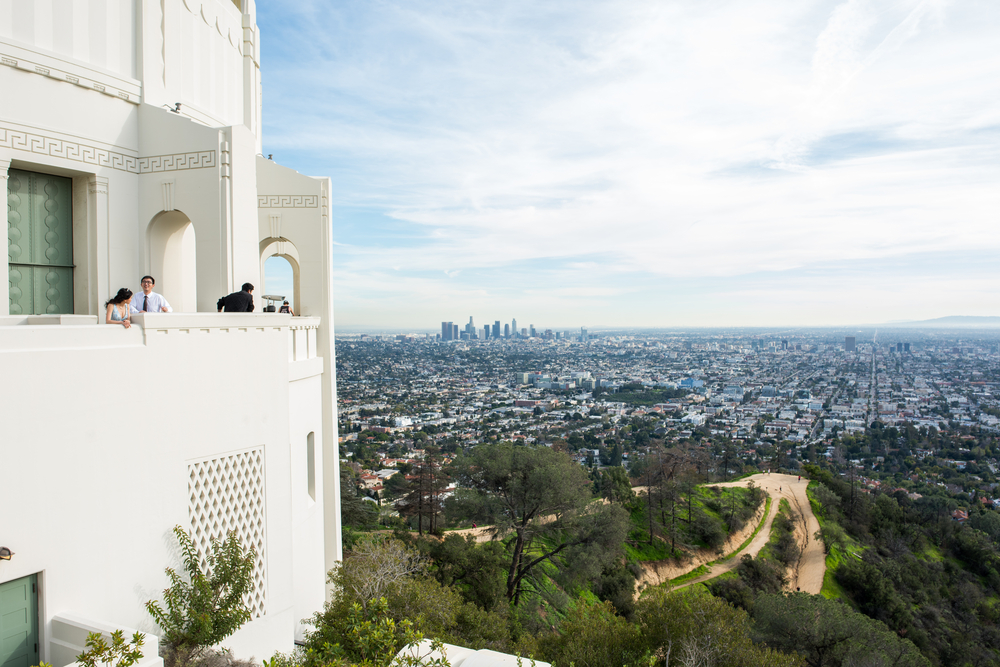 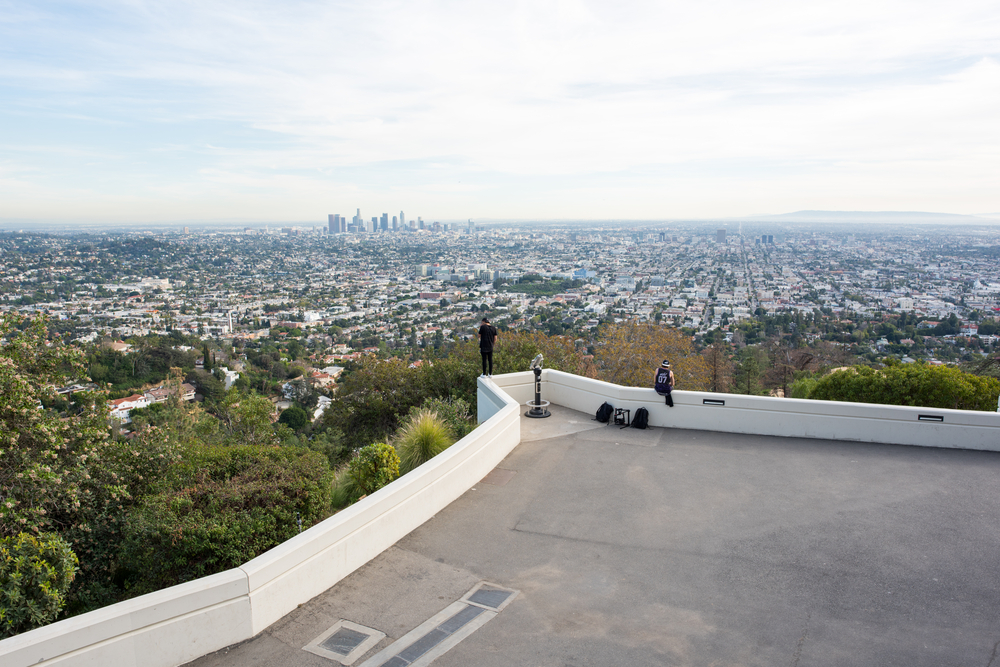 The Griffith Observatory
By Kiran Davis

The Griffith Observatory- It all started with a wonderful man, Griffith J. Griffith.

An exquisite building that allures the beauty of the stars to the Earth, sits on Mount Hollywood and is fully owned and managed by the City of Los Angeles. The unique appearance of the Griffith bservatory has made it a popular landmark and one among the top destinations of Los Angeles. It is named after Colonel Griffith J. Griffith who very generously donated the money for the observatory.

This observatory features various space-related exhibits, star shows in the planetarium and very often is also a hosting place to several exclusive events. It is placed in the Griffith Park and the stunning view of Los Angeles from here has been used in many a number of films.

The observatory also highlights 60 space-related exhibits worked out to dazzle your imagination; the best part being the largest astronomically accurate image ever produced called “The Big Picture” which apparently encloses a million galaxies.

In the Hall of the Eye and Hall of the Sky Exhibits, there is a live display of how human nature observes the sky and the objects in the sky such as the planets, moon, comet, sun and many more.

The Samuel Oschin Planetarium is the main attraction of the Griffith observatory. A 20-30 minutes experience inside the planetarium will give you a feeling as to being so close to the sky.

The Leonard Nimoy Event Horizon Theatre offers a free show running a 23 minutes documentary on the history and mission of the Observatory. The depth of Space and Edge of Space Exhibits is where they show us the Milky Way Galaxy, the Planets, Our Earth and Solar System, Pieces of the Sky and much more.

The view of the Los Angeles city from the outside terrace is the best experience here and you will definitely not want to miss this.

You can approach the observatory through the Vermont or Fern Dell entrances. Parking at the Observatory is very limited and the busiest times are usually on weekends.

Since 1935, when it was first opened, admission has been free, in accordance with Griffith’s will. Overall the visit to Griffith Observatory must be a part of your travel plan to the Los Angeles city. This will help you better understand about the planets, our solar system and even beyond. Being an excellent entertainment for kids and for adults, the trip will be totally worth it.

For visitors to the city, the best choice would be to hire a cab with the Los Angeles car rentals. Such vehicles will be allowed to pass through at all times, even when the parking lot is full, to drop you off at the driveway in front of the building. There are also many car rentals near Griffith Observatory, LA which can help you get back to the city after your round in the Observatory.

Los Angeles is a great place to be. To get around the city on your vacation to Los Angeles, it is best that you hire a car with the cheap car rentals [http://www.car-rentals-losangeles.com/] in the city.